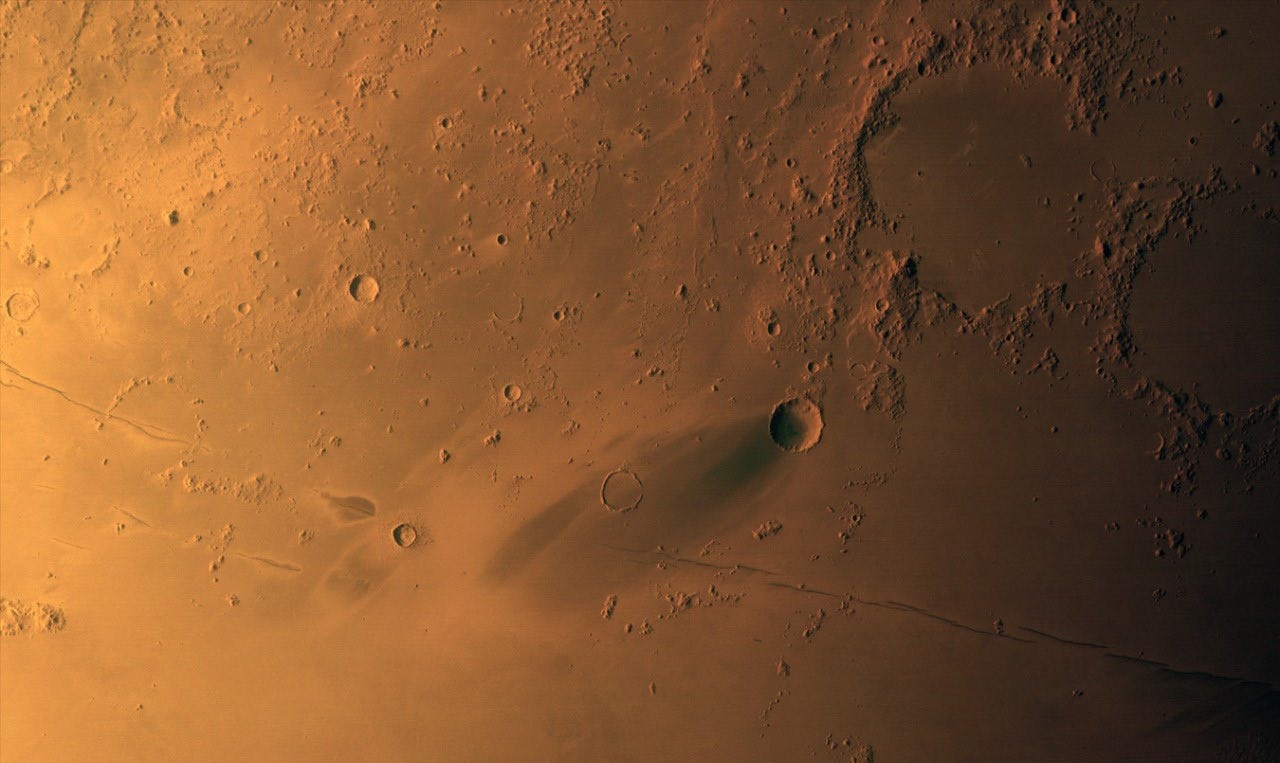 It’s been a full year since the United Arab Emirates made history when its first-ever interplanetary mission slipped into orbit around Mars.

The Emirates Mars Mission, also called Hope, launched in July 2020, arrived at the Red Planet seven months later and successfully entered orbit around Mars on Feb. 9, 2021. After a few months in orbit, the mission began its science observations, which are focused on the atmosphere and climate of Mars.

“We’re just really glad to see the progress from the mission,” Hessa Al Matroushi, science lead for the mission, told a virtual meeting of the Mars Exploration Program Analysis Group, a NASA advisory group, on Feb. 3. “We’re very excited about the science that we’re getting from this mission.”

In fact, one of the mission’s first findings came from data gathered even before the spacecraft entered its formal science observation program. Hope observations confirmed that an elusive phenomenon called the discrete aurora is taking place on the planet’s night side.

Hope’s primary mission is planned to last one Martian year (687 Earth days). That timeline is important because mission scientists want to understand how weather and climate work across the entire planet both throughout a day and throughout a year. For example, Al Matroushi said that the team has been studying water cloud features that appear to grow at the beginning and end of the day and shrink in the middle of the day.

The spacecraft is also designed to help scientists understand how the different layers of Mars’ atmosphere interact.

The mission releases new data every three months, with the next batch scheduled to be posted in April, Al Matroushi noted.

Hope is the UAE’s first mission beyond Earth’s orbit and it was launched in conjunction with the nation’s 50th anniversary in December 2021. The spacecraft’s arrival made the UAE the fifth entity to successfully reach the Red Planet, joining NASA, the Soviet Union, the European Space Agency and India; China joined the group just one day after the UAE with its Tianwen-1 mission

Since Hope’s arrival, the UAE has also announced the mission’s successor, an as-yet-unnamed mission to the asteroid belt that the nation hopes will inform both science and exploration. The mission will build directly on the design of the Martian orbiter while tackling new engineering challenges and incorporating UAE industry more deeply.

At the first anniversary of Hope’s arrival, the spacecraft is only about halfway through its primary mission, and the team hopes that there’s much more science ahead for the probe.

“Our main science period ends next year, in April,” Al Matroushi said. “We’re currently planning for a proposal for the extended mission.”