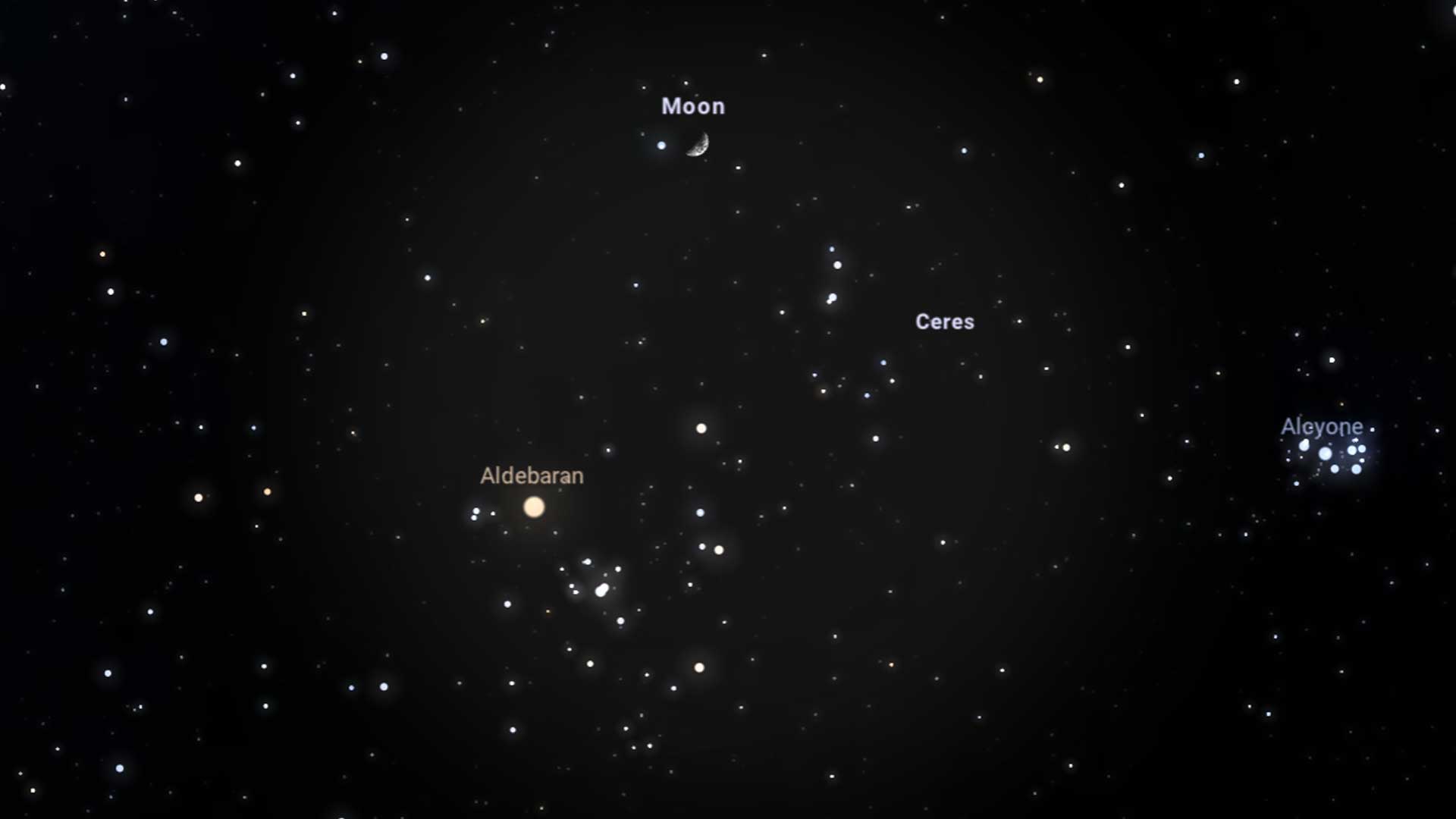 The moon will pass by the Seven Sisters and other famous parts of Taurus as it crosses through the constellation this week.

Starting Monday (March 7), the moon entered the bottom of the bright constellation, which is also known as ‘The Bull.’ Taurus is one of the 12 zodiacal constellations that lies along the ecliptic, or the path of the sun, moon and planets through our sky, along the plane of the solar system.

The moon then proceeded through the constellation on the following nights. Tuesday (March 8) marked an eye-catching opportunity, as the moon went by the Pleiades, a group of young stars also known as the Seven Sisters. (The group has far more than seven members, but you can see about seven with the naked eye.)

On Wednesday (March 9), the moon passed by the bright star and “bull’s eye” Aldebaran, before beginning to pass out of the constellation on Thursday (March 10).

If you have a telescope or a set of binoculars handy, you may be able to catch some glimpses of other interesting objects in Taurus. They might be hard to see for now, however, given the moon is moving toward its full phase.

The Hyades is the other major star cluster within Taurus. It is less grouped together than the Pleiades, but it is still a spectacular view of stars in a V-shape. You can spot the Hyades by looking for Aldebaran. This shape also makes up the bull’s “face.”

You might also be able to spot Messier 1, more commonly referred to as the Crab Nebula. This is the remnant of a massive star explosion, called a supernova. Back in 2018, NASA created a video tour of this nebula based on data from the Chandra X-Ray Observatory, Hubble Space Telescope and Spitzer Space Telescope.

Taurus is the official constellation designation of this sky region by the International Astronomical Union, but it may be that your culture has a different name for the region. Regardless, the moon will have some striking alignments in the sky this week, so if the sky is clear be sure not to miss them.