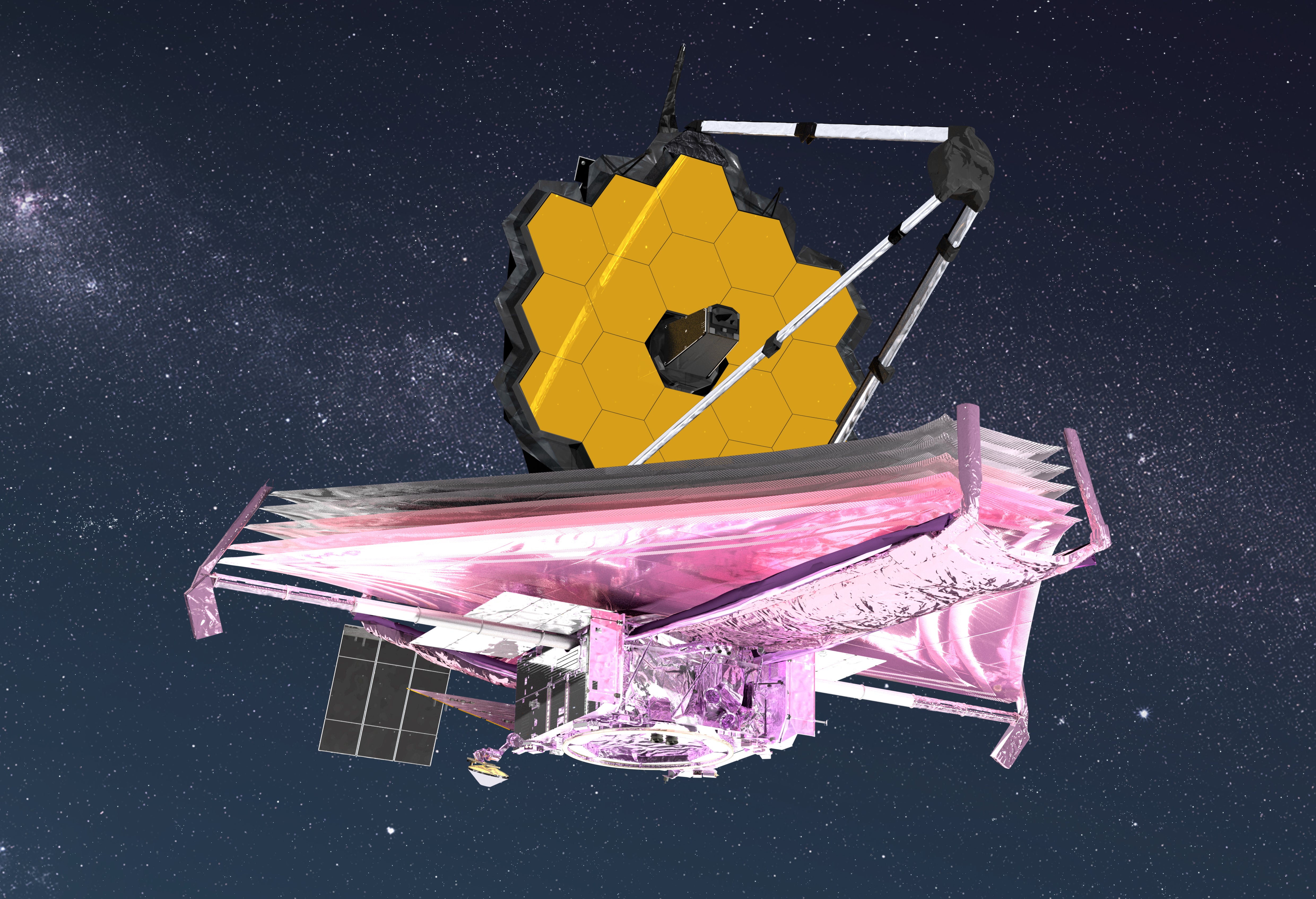 NASA’s James Webb Space Telescope has just reached its final destination—around a gravitationally special spot in space known as the second Lagrange point, or L2. The US$10-billion observatory could spend 20 or more years there, gathering unprecedented insights about the Universe as it stares into deep space.

Webb, which is the most complex telescope ever built, has been heading towards L2 since its Christmas Day launch. On 24 January, it fired a set of thrusters and nudged itself into orbit around the point, which it will circle once every six months or so. L2 is on the opposite side of Earth from the Sun, about 1.5 million kilometres away, or four times the distance to the Moon. There, the combined gravitational pull of the Sun and Earth balance the centripetal force that tugs Webb in the opposite direction.

Only a handful of space missions have travelled to L2, which is one of five Lagrange points in the Sun–Earth system. But more missions are planned, because the location is particularly good for sensitive astronomical observatories such as Webb. “There are a couple of unique things about L2 that make it ideal for astronomy missions,” says David Milligan, a spacecraft operations manager at the European Space Agency (ESA) in Darmstadt, Germany.

Those include the ability to look at most of the sky unimpeded. Telescopes that orbit Earth, such as the Hubble Space Telescope, have a lot of their view blocked by the planet for much of the time. Facing away from the Sun, the Webb telescope can keep it, as well as Earth and the Moon, behind it. “L2 is really nice because it’s got the brightest objects—the Sun, the Earth and the Moon—on the same side as far as the spacecraft is concerned,” says Karen Richon, an engineer who heads Webb’s flight-dynamics team at the NASA Goddard Space Flight Center in Greenbelt, Maryland. “You can make a big sunshield and block all three of those all the time.”

That’s exactly what Webb does. From L2, its tennis-court-sized sunshield always blocks the Sun, while its 6.5-metre-wide primary mirror gazes into the darkness of deep space. Webb will study a number of astronomical objects, including the most distant galaxies in the Universe, the atmospheres of extrasolar planets and stellar nurseries shrouded in dust.

L2’s other big advantage is that it’s cold. Earth-orbiting missions go in and out of sunlight on each orbit, experiencing huge temperature swings that cause equipment to expand and contract. Scientific instruments that have to remain cold to function do better at L2, where the temperature is much more stable. Webb’s four scientific instruments operate at temperatures of about –233 °C—or 40 degrees above absolute zero—to spot faint glimmers of heat coming from stars, galaxies and other cosmic objects.

The Lagrange points are named after their identifier, mathematician Joseph-Louis Lagrange, who in 1772 discovered them as locations where a small body can orbit in concert with two larger masses. That makes L1 and L2, the closest Lagrange points to Earth, obvious places to exploit for space exploration.

“There is a natural flow from Earth into these locations,” says Kathleen Howell, an aerospace engineer at Purdue University in West Lafayette, Indiana. Yet “only in the past few decades have we even known that path was there”.

The first spacecraft to travel to a Lagrange point was NASA’s International Sun-Earth Explorer 3 mission, which launched in 1978 and went to L1, a point on the sunward side of Earth. That mission showed it was possible to send spacecraft into orbit around a Lagrange point, Howell says. In 1995, ESA sent the Solar and Heliospheric Observatory to an orbit around L1; it and several other missions are still studying the Sun and space weather from that point.

The first mission to operate from L2 was the Wilkinson Microwave Anisotropy Probe, a NASA mission that studied the afterglow of the Big Bang between 2001 and 2010. ESA has sent several spacecraft to L2, including its now-defunct Herschel Space Observatory, which, like Webb, studied infrared astronomy. There are currently two other missions at L2: ESA’s star-mapping Gaia spacecraft and the Russian–German astrophysical observatory Spektr-RG. All three are in different orbits, so there is no danger of them smashing into one another, Milligan says. Also, he notes, “space is huge”.

No spacecraft are located precisely at the L2 point, because it is gravitationally unstable. “We never actually get to L2—we get near it,” Richon says. Webb travels along an ellipse with a semimajor axis (the maximum distance between the spacecraft and L2) that ranges between 250,000 and 832,000 kilometres. Webb does not pass into the Moon’s shadow, allowing its solar panels to remain fully charged and its antennas to communicate constantly with Earth.

To stay in this orbit, Webb needs to make small adjustments about once every three weeks, burning its thrusters to keep it looping around L2. Otherwise, the mission would drift off into interplanetary space. If nothing goes wrong, Webb’s lifetime will be dictated by when it runs out of the fuel it carries to keep it in position around L2.

But NASA has been looking into ways to keep L2 missions operating beyond their planned lifetimes. Webb could, in theory, be visited by a robotic spacecraft to rendezvous and supply more fuel. Howell has also been designing orbits for service spacecraft to travel from a planned ‘gateway’ space station near the Moon to L2 and back again. Future planned missions to L2 include NASA’s Nancy Grace Roman Space Telescope, scheduled to launch in 2027, and ESA’s planet-hunting Plato and Ariel missions, slated for launch in 2026 and 2029, respectively.

Entering orbit around L2 marks the end of Webb’s first month of complicated deployments, such as unfurling its sunshield. On 8 January, it passed a milestone when it unfolded the final segment of its primary mirror. Since then, engineers have been adjusting the alignment of the 18 hexagonal segments that comprise the mirror. Next come four months of cooling and calibrating its four science instruments, before it begins doing science no earlier than June.

Webb is a collaboration between NASA, ESA and the Canadian Space Agency.

This article is reproduced with permission and was first published on January 24 2022.