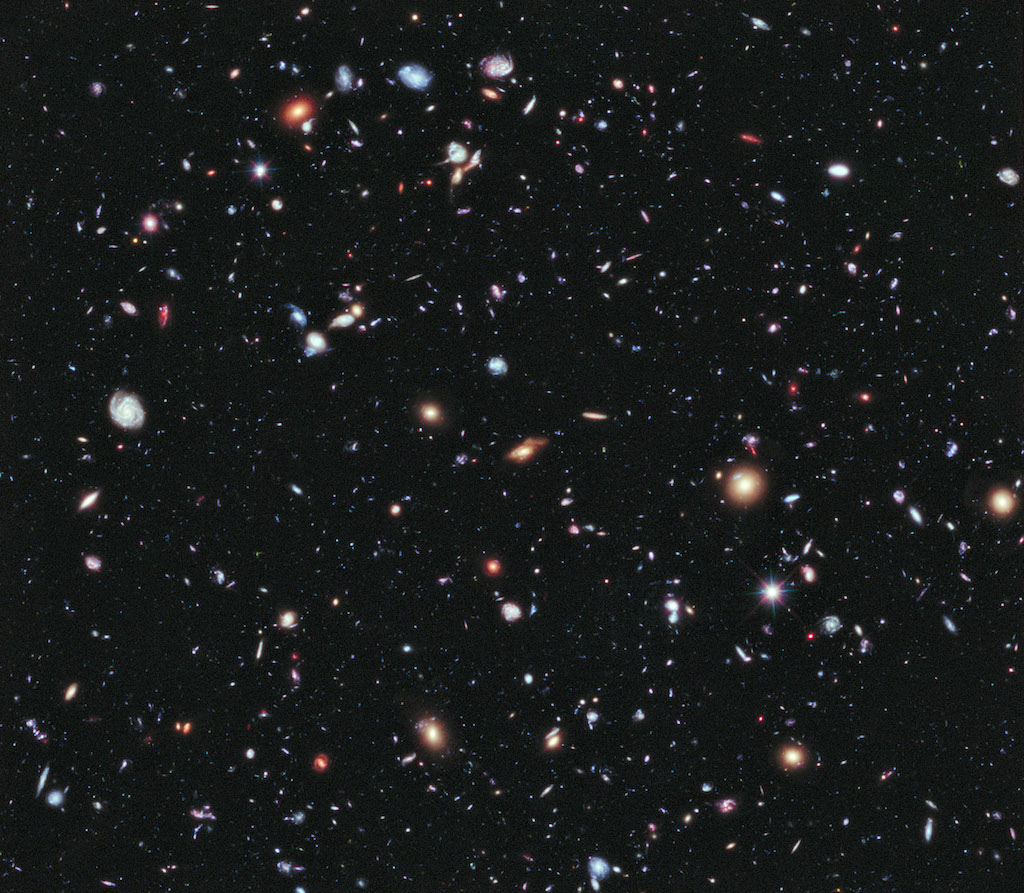 One of the biggest cosmological mysteries is why the universe is made up of way more matter than antimatter, essentially why we exist. Now, a team of theoretical physicists says they know how to find the answer. All they need to do is detect the gravitational waves produced by bizarre quantum objects called Q balls.

Every kind of ordinary matter particle has an antimatter partner with opposing characteristics — and when matter interacts with antimatter, the two annihilate each other. That fact makes our existence a mystery, as cosmologists are pretty sure that at the dawn of the universe, equal amounts of matter and antimatter were produced; those matter and antimatter partners should have all annihilated each other, leaving the universe devoid of any matter at all. Yet matter exists, and researchers are slowly uncovering the reasons why.

One potential reason may lie in Q balls, theoretical “lumps” that formed in the moments after the Big Bang, before the universe inflated rapidly like a balloon. These objects would contain their own matter-antimatter asymmetry, meaning within each Q ball would exist unequal portions of matter and antimatter. As these Q balls “popped” they would have released more matter than antimatter — and unleashed gravitational ripples in space-time. If these objects really existed, we could detect them using gravitational waves, according to a new paper published Oct. 27 in the journal Physical Review Letters.

According to particle physics, the fabric of the universe is covered in different quantum fields, each of which describes some property (like electromagnetism) at all points in space. Fluctuations in these fields give rise to the fundamental particles that make up our physical reality. To illustrate how these fields work, imagine a trampoline with a bowling ball sitting in the center. The shape that the bowling ball gives the trampoline represents how much energy any point on the field is contributing to the universe — the closer to the center depression, the greater the potential energy. Just as the shape of the trampoline’s surface governs how a marble would roll around the bowling ball, the “shape” of a field governs the field’s behavior.

One theory, proposed in 1985 by Princeton University physicists Ian Affleck and Michael Dine, seeks to explain the matter-antimatter asymmetry of the universe by saying that the fields that governed that early balloon-like inflation of the universe had to be fairly shallow in order for that inflation to take place — in other words, the bowling ball in the center of the trampoline wasn’t very heavy. And in the same way a marble rolling around a bowling ball’s shallow depression doesn’t gain or lose much speed, the field’s shape meant that the energy governing the inflation of the universe stayed uniform.

Because inflation requires this uniformity, the field can’t interact too strongly with any other fields (essentially other trampolines) in order to create particles. But according to Affleck and Dine’s theory, this field interacted with others in a way that created more matter particles than antimatter particles. In order to maintain that uniform shape, the field contained those particles in “lumps.”

“These lumps are called Q balls. They’re just lumps of field,” said lead author Graham White, a physicist at the Kavli Institute for the Physics and Mathematics of the Universe.

But they don’t last forever. When the Q balls do disappear — peppering the universe with more matter than antimatter — they do it so suddenly that they produce sound waves. Those sound waves act as a source for the ripples in space-time known as gravitational waves, the new study proposed. If those gravitational waves exist, they can be measured here on Earth by detectors such as NASA’s Laser Interferometer Space Array (LISA) and the underground Einstein Telescope, White’s team argues.

This isn’t the only theory to explain the matter-antimatter asymmetry of the universe. But White said that’s okay, since we’re at an exciting point where if one of these paradigms is correct, we can probably prove it. “[There are] a whole bunch of machines we’re turning on in the 2030s which can hopefully see these gravitational waves,” White said. “If we do see them, that’s really exciting.” But even if detectors fail to find these Q-ball ripples, that’s also good news because it means that simpler theories are probably correct — and those are easier to test, he said. “So in some ways it’s a bit of a no-lose.”