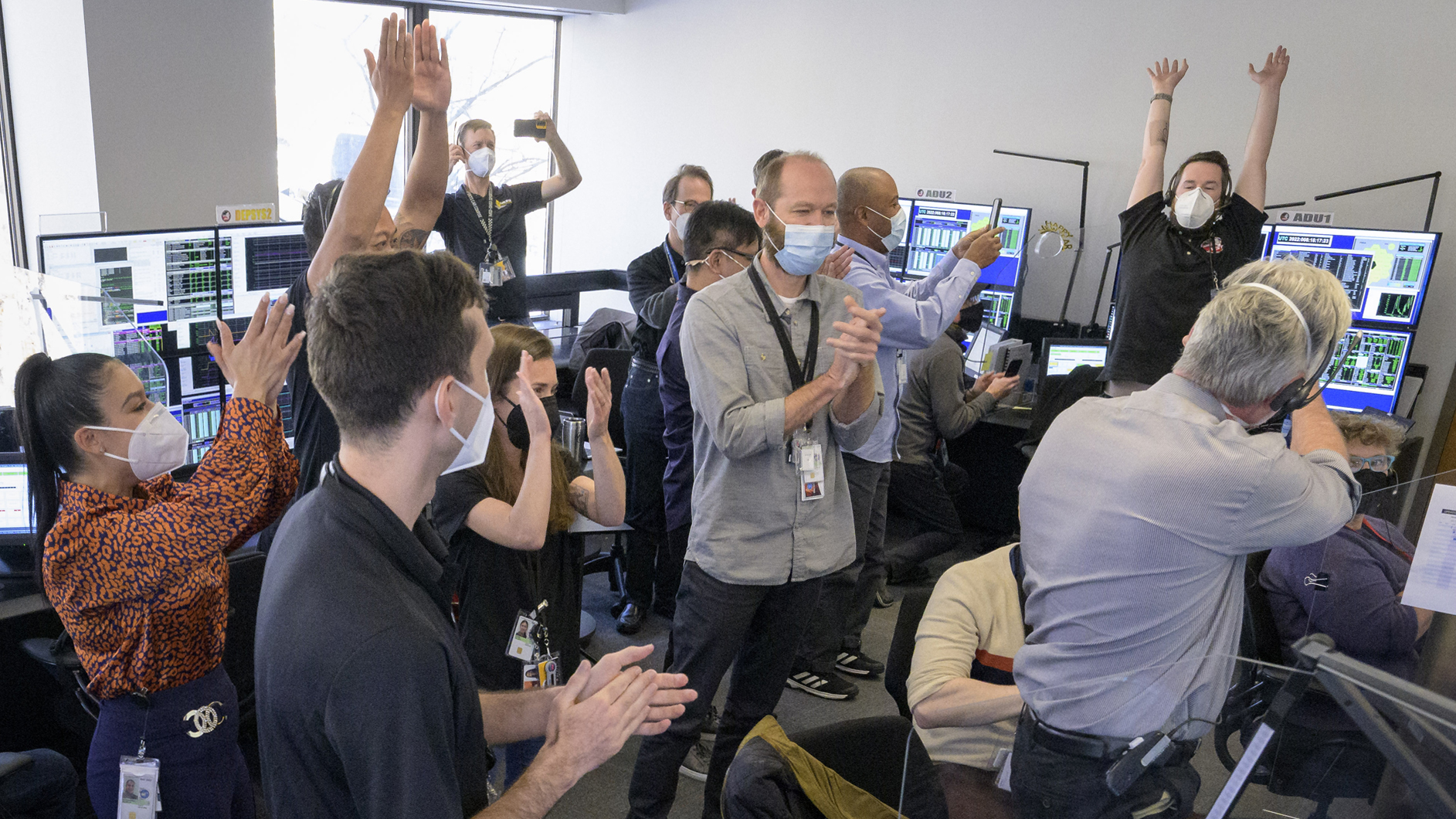 From a Christmas Day launch through working through Eastern Orthodox holidays, the multicultural James Webb Space Telescope team had much to celebrate this holiday season after two weeks working to get the complex telescope deployed.

Webb at last unfurled its giant mirror Saturday (Jan. 8), marking the end of likely the most complicated telescope deployment performed in space. All issues that arose following the observatory’s launch on Dec. 25 were minor and far less than what were simulated, project manager Bill Ochs said in a press conference from Webb’s mission control center at the Space Telescope Science Institute in Baltimore, Maryland.

“Everyone is doing excellent,” Ochs said Saturday. “I think everyone is extraordinarily excited at this point. I don’t think there was one point during the entire last two weeks — even the period leading up to launch, down to [the] launch site — where anybody felt down … but besides that, we’re on an incredible high right now.”

Congratulations, @NASAWebb! You are fully deployed! 🥳Stay tuned over the coming months as the space telescope reaches its destination of Lagrange point 2 and prepares to #UnfoldTheUniverse: pic.twitter.com/qg6jmVRCsHJanuary 8, 2022

NASA has estimated the telescope had to push through 50 major deployment events, including 178 release mechanisms that all had to work perfectly for the telescope’s ultimate success. Those events went off smoothly.

Deployment was certainly a moment of celebration at Goddard, as the control team filmed by NASA Television during deployment on Saturday cheered and carefully exchanged high-fives (amid coronavirus protocols due to the ongoing pandemic) after hearing there was a “deployed telescope on orbit.”

The work is by no means done, though, as the telescope is still en route to its “parking spot” at the Earth-sun Lagrange Point 2 (L2) about 930,000 miles (1.5 million kilometers) away from our planet. Webb still needs to test out its instruments and align its mirrors, among other major milestones in the coming weeks.

It will take at least five months to carefully calibrate and align the 18 individual hexagon-shaped mirrors that makes up Webb’s gold-plated primary mirror face, which is 21.3-foot (6.5 meters) wide. Only then will the observatory be ready to snap its first images of deep space.

“It’s not downhill from here. It’s all kind of a level playing field,” Ochs said of the mission’s difficulty in future weeks. But the mirror, with all of its single-point failures, was a considerable obstacle for the team to surmount successfully, he noted.

“That was probably the highest risk part of the mission,” he said of the mirror deployment. “[But] that doesn’t mean all our risk goes away and doesn’t mean we lose our intensity as far as maintaining our discipline for the mission.”