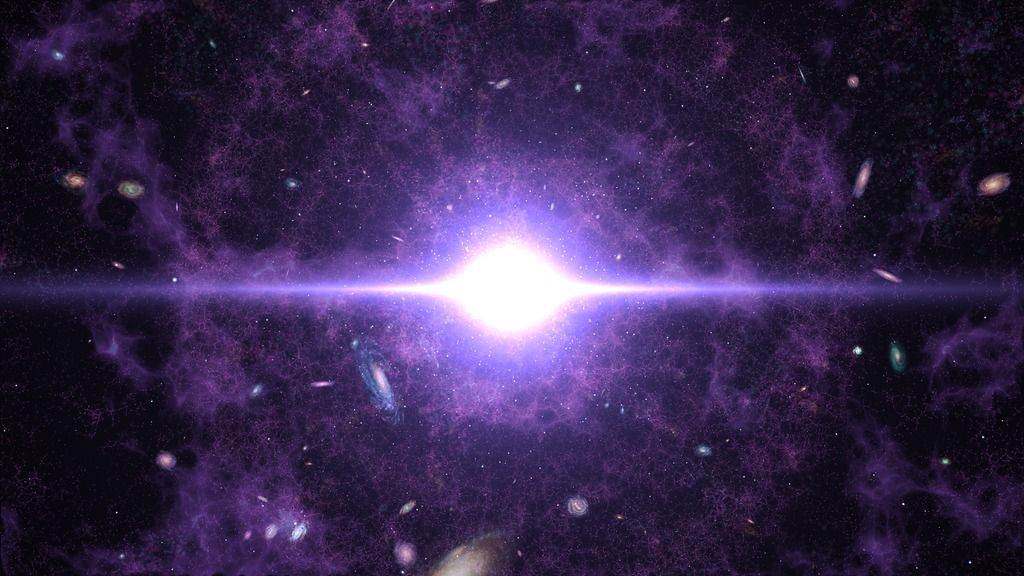 In the beginning, there was an infinitely dense, tiny ball of matter. Then, it all went bang, giving rise to the atoms, molecules, stars and galaxies we see today.

Or at least, that’s what we’ve been told by physicists for the past several decades.

But new theoretical physics research has recently revealed a possible window into the very early universe, showing that it may not be “very early” after all. Instead it may be just the latest iteration of a bang-bounce cycle that has been going on for … well, at least once, and possibly forever.

Of course, before physicists decide to toss out the Big Bang in favor of a bang-bounce cycle, these theoretical predictions will need to survive an onslaught of observation tests.

The universe: Big Bang to now in 10 easy steps

Scientists have a really good picture of the very early universe, something we know and love as the Big Bang theory. In this model, a long time ago the universe was far smaller, far hotter and far denser than it is today. In that early inferno 13.8 billion years ago, all the elements that make us what we are were formed in the span of about a dozen minutes.

Even earlier, this thinking goes, at some point our entire universe — all the stars, all the galaxies, all the everything — was the size of a peach and had a temperature of over a quadrillion degrees.

Amazingly, this fantastical story holds up to all current observations. Astronomers have done everything from observing the leftover electromagnetic radiation from the young universe to measuring the abundance of the lightest elements and found that they all line up with what the Big Bang predicts. As far as we can tell, this is an accurate portrait of our early universe.

But as good as it is, we know that the Big Bang picture is not complete — there’s a puzzle piece missing, and that piece is the earliest moments of the universe itself.

What is ekpyrotic theory?

The problem is that the physics that we use to understand the early universe (a wonderfully complicated mishmash of general relativity and high-energy particle physics) can take us only so far before breaking down. As we try to push deeper and deeper into the first moments of our cosmos, the math gets harder and harder to solve, all the way to the point where it just … quits.

The main sign that we have terrain yet to be explored is the presence of a “singularity,” or a point of infinite density, at the beginning of the Big Bang. Taken at face value, this tells us that at one point, the universe was crammed into an infinitely tiny, infinitely dense point. This is obviously absurd, and what it really tells us is that we need new physics to solve this problem — our current toolkit just isn’t good enough.

One of the earliest string theory notions is the “ekpyrotic” universe, which comes from the Greek word for “conflagration,” or fire. In this scenario, what we know as the Big Bang was sparked by something else happening before it — the Big Bang was not a beginning, but one part of a larger process.

Extending the ekpyrotic concept has led to a theory, again motivated by string theory, called cyclic cosmology. I suppose that, technically, the idea of the universe continually repeating itself is thousands of years old and predates physics, but string theory gave the idea firm mathematical grounding. The cyclic universe goes about exactly as you might imagine, continually bouncing between big bangs and big crunches, potentially for eternity back in time and for eternity into the future.

Related: Why string theory persists — despite the knotty physics

What happened before the Big Bang?

As cool as this sounds, early versions of the cyclic model had difficulty matching observations — which is a major deal when you’re trying to do science and not just telling stories around the campfire.

The main hurdle was agreeing with our observations of the cosmic microwave background, the fossil light leftover from when the universe was only 380,000 years old. While we can’t see directly past that wall of light, if you start theoretically tinkering with the physics of the infant cosmos, you affect that afterglow light pattern.

And so, it seemed that a cyclic universe was a neat but incorrect idea.

But the ekpyrotic torch has been kept lit over the years, and a paper published in March 2020 has explored the wrinkles in the mathematics and uncovered some previously missed opportunities. The two physicists who authored the study, Robert Brandenberger and Ziwei Wang, both of McGill University in Canada, found that in the moment of the “bounce,” when our universe shrinks to an incredibly small point and returns to a Big Bang state, it’s possible to line everything up to get the proper observationally tested result.

In other words, the complicated (and, admittedly, poorly understood) physics of this critical epoch may indeed allow for a radically revised view of our time and place in the cosmos.

But to fully test this model, we’ll have to wait for a new generation of cosmology experiments. So let’s wait to break out the ekpyrotic champagne.

For a general overview of the Big Bang theory, check out “Your Place in the Universe“ by Paul M. Sutter, which covers the history of the development of the theory alongside the history of the universe itself. The PBS Spacetime video series has a great video exploring the options for what may have caused the Big Bang. Another video, published by the Simons Foundation, features physicist Paul Steinhardt explaining the Big Bounce idea.

Paul M. Sutter is an astrophysicist at SUNY Stony Brook and the Flatiron Institute, host of Ask a Spaceman and Space Radio, and author of Your Place in the Universe.

This story was originally published on Live Science in April 2020. It was updated and republished on Feb. 11, 2022.