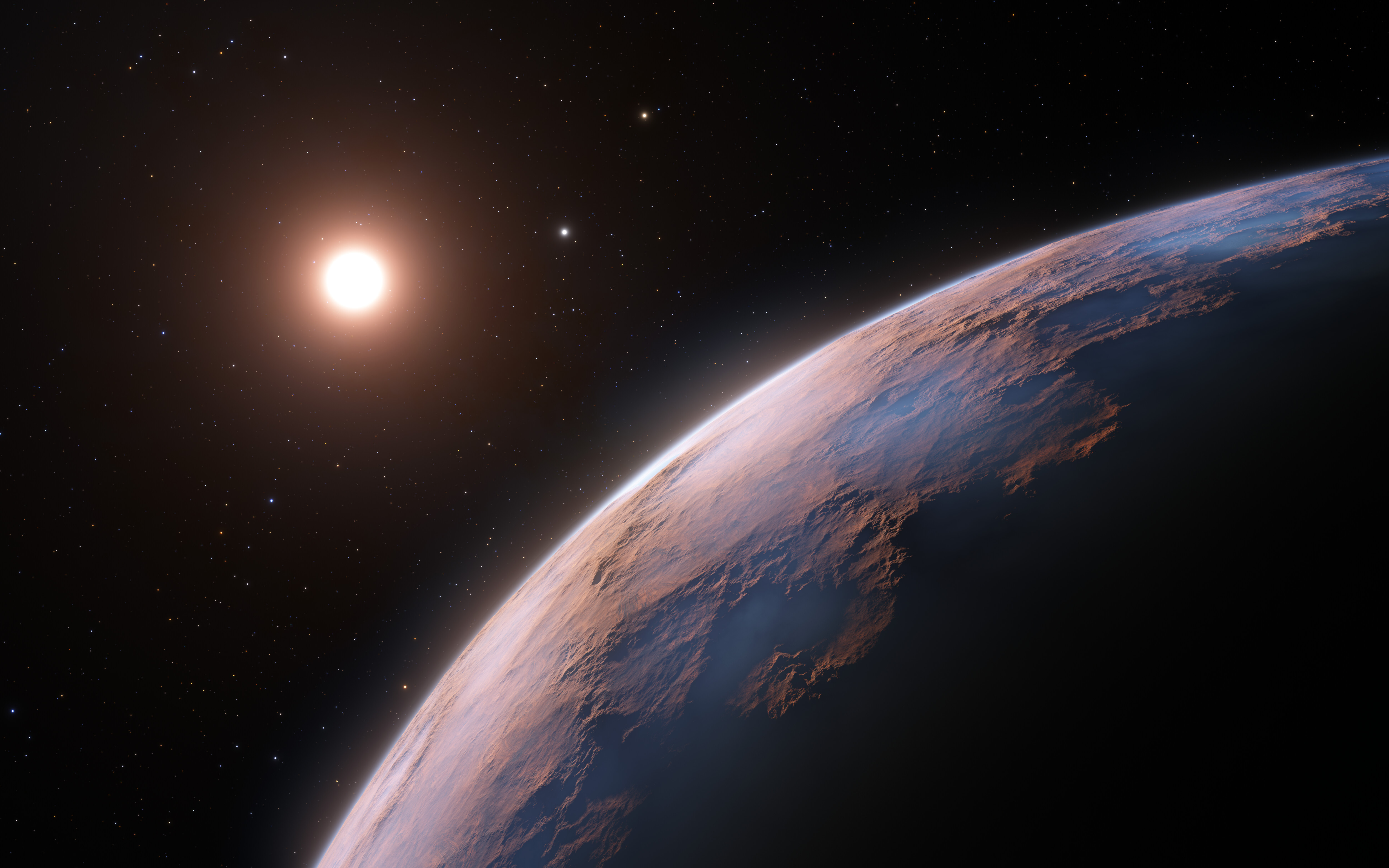 In a new study, researchers predict what an alien “Earth” could really look like, and how it could evolve (if one exists).

In the search for evidence of life elsewhere in the universe, scientists have searched for planets similar to our own. Our closest stellar neighbor, the Alpha Centauri system, holds an exoplanet that scientists think could be “Earth-like”: Proxima b. This exoplanet lies in the habitable zone, or “Goldilocks zone,” around its star, meaning it orbits its star at a distance that is close enough that liquid water could exist (without being so close to the star that the water vaporizes).

In a new study, a team of scientists from the university ETH Zurich in Switzerland estimated what a rocky planet in the habitable zone in Alpha Centauri might really be like.

The team modeled what a hypothetical rocky planet in the Alpha Centauri system’s elemental composition might be. The researchers modeled this imaginary planet using real spectroscopic data on the chemical compositions of two of the system’s three stars: Alpha Centauri A and Alpha Centauri B. These two stars are similar to our own sun and orbit each other; the third, Proxima Centauri, is a smaller and fainter red dwarf and orbits the pair of larger stars. (Red dwarf stars are the smallest and coolest type of main sequence star, as well as the most common type of star in the universe.)

Because the trio is so close to our own solar system, astronomers have extensively studied this system and its stars. So far, no one has spotted any confirmed planets around Alpha Centauri A or B, but scientists have identified three planet candidates around Proxima Centauri, sparkingf much debate over whether or not these worlds could be habitable.

But this study homes in on what could be orbiting either of the system’s two sun-like stars. Scientists know that these two stars contain rock-forming elements like iron, magnesium and silicon, as well as volatiles like hydrogen, carbon and oxygen. (Volatiles are chemicals that can be easily vaporized.) Using this existing data, the team investigated what rocky planets in orbit around the pair might be like, should any exist.

For this hypothetical planet, which they dubbed “Alpha-Cen-Earth,” the team estimated the planet’s internal structure, mineralogy and even its atmospheric composition, features that are “of central importance to understanding its long-​term evolution and potential habitability,” according to a statement from ETH Zurich.

And, the researchers found that, if a rocky planet like this were to exist around one of these stars in the Alpha Centauri system, it would likely be geochemically similar to Earth.

The scientists predict that Alpha-Cen-Earth would have a mantle rich in silicates and enriched by carbon-heavy materials like graphite and diamond. The researchers also think that such a planet’s rocky interior would have similar water storage capacity to Earth’s.

However, this hypothetical exoplanet would have some stark differences from Earth, the team predicts. The scientists estimate that, compared to Earth, this world would have a slightly larger iron core, less geological activity and possibly no plate tectonics whatsoever.

The researchers also estimated that in its early years, this planet’s atmosphere would consist primarily of carbon dioxide, methane and water. This finding points to the world’s early atmosphere being very similar to what Earth was like 4 to 2.5 billion years ago when life first began on our planet.

While the research focuses on a hypothetical planet, these predictions allowed the team to explore what could exist based on concrete information we have about nearby star systems. This ultimately

This work was described in a study published Thursday (March 10) in The Astrophysical Journal.