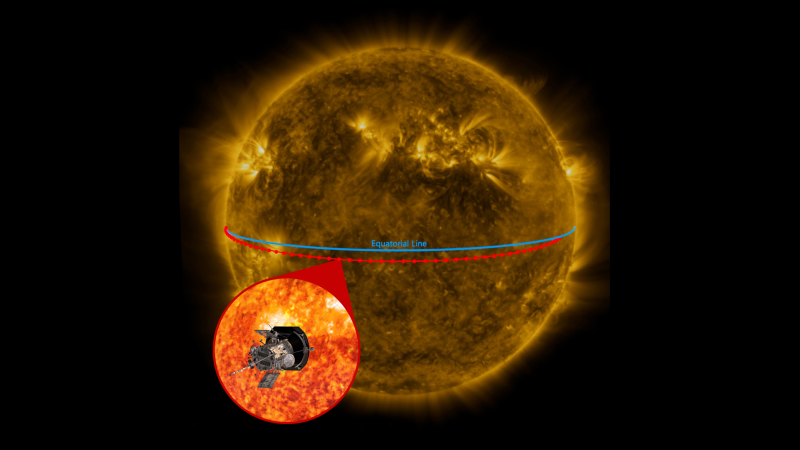 Telescopes on Earth and in space had the sun safely in their sights when NASA’s Parker Solar Probe made its 11th daring close flyby of the star on Feb. 25, all to understand more about the sun’s behavior.

To be clear, the Parker Solar Probe wasn’t directly visible in the various instruments, as the van-sized spacecraft was too small for the telescopes to pick out. But what the long-distance view did provide is valuable context for what the spacecraft saw close up, from as close as 5.3 million miles (8.5 million kilometers) from the sun’s surface, Johns Hopkins University Applied Physics Laboratory (JHUAPL) said in a statement.

The list of 40 observatories is literally globe-spanning, including the recently commissioned Daniel K. Inouye Solar Telescope in Hawaii, and other major telescopes in the United States, Europe and Asia.

Related: What’s inside the sun? A star tour from the inside out

JHUAPL said it will take several weeks at the least to receive preliminary data, meaning that the analysis will take several more months or longer. “The team will get a glimpse of some readings when [Parker] sends a limited amount of data this week,” the laboratory noted of its own mission.

Parker is trying to understand the mechanisms behind space weather, or the behavior from our sun in the form of events such as charged particle eruptions. Occasionally these eruptions can disrupt infrastructure such as power lines or satellites, or create colorful displays high in the atmosphere called auroras.

Scientists are also eager to see Parker’s viewpoint when it recorded a large solar prominence on Feb. 15 that safely smacked the spacecraft, marking the largest such event the spacecraft experienced since it launched 3.5 years ago.

“The shock from the event hit Parker Solar Probe head-on, but the spacecraft was built to withstand activity just like this — to get data in the most extreme conditions,” project scientist Nour Raouafi said in a statement. Pointing to the sun’s 11-year-cycle starting to ramp up, Raouafi added the team “can’t wait to see the data that Parker Solar Probe gathers as it gets closer and closer.”