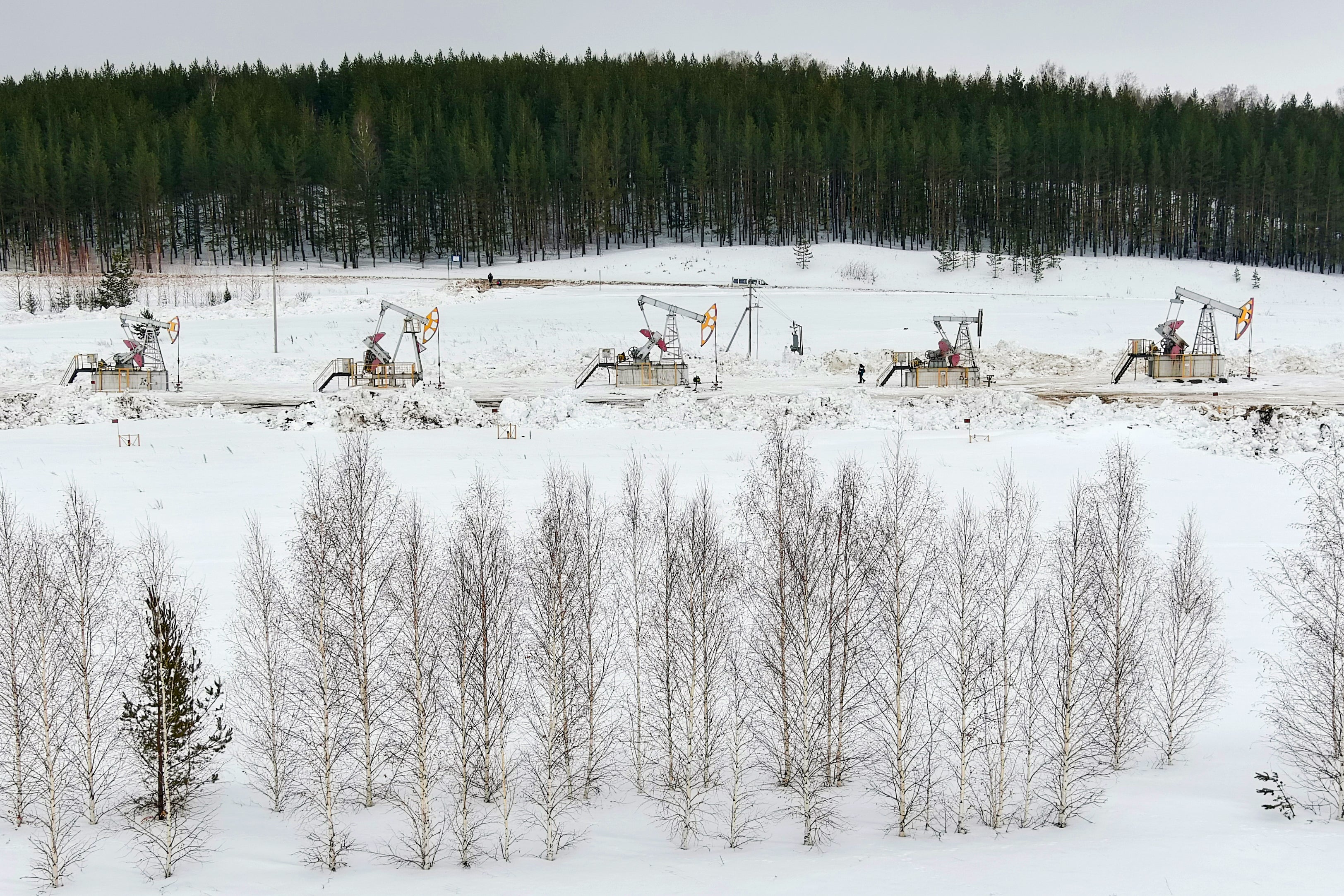 It was 1973 when a war between Israel and a coalition of Arab states led Saudi Arabia and other oil producers to impose an embargo on crude shipments to the United States.

Oil prices soared, and the way the world consumed energy changed. France built a fleet of nuclear power plants. Japan did, too; it also started to import liquefied natural gas. In the United States, oil use for electricity generation plummeted and was replaced by coal and nuclear power.

A half-century later, another conflict is roiling global energy markets. The question now is how Russia’s invasion of Ukraine will change the world’s energy system.

The conflict is unfolding against sweeping changes in the energy sector. A growing number of countries and companies are pledging to phase out fossil fuels and adopt cleaner alternatives as they combat climate change, even as global fossil fuel use continues to climb.

Those competing trends make it difficult to predict the future of the world’s energy systems. Russia’s attack on Ukraine further complicates the forecast.

Some analysts say the attack on Ukraine could speed the world’s transition away from fossil fuels, especially in Europe. Others say the war could reveal just how dependent people are on fossil fuels.

But few question whether the conflict will change how the world consumes energy.

“Shocks change the energy mixes of countries,” said Nikos Tsafos, who tracks energy and geopolitics at the Center for Strategic & International Studies.

Europe was already considering a fundamental shift in the continent’s energy system before the invasion was ordered by Russian President Vladimir Putin. The attack will likely hasten that transition, given Europe’s reliance on Russian gas, Tsafos said.

German Chancellor Olaf Scholz announced this week that the country will accelerate by 15 years its timeline to generate almost all its power from renewables by 2035.

“The stuff coming out of the mouths of European leaders has never come out of their leaders’ mouths before,” Tsafos said. “There is a different strategic resolve coming out of Europe, and if you’re not factoring that into your model, I think you’re missing something.”

The impact could be felt globally as clean energy supply chains serving Europe scale up to benefit other parts of the world.

“Whatever you thought hydrocarbon demand was last week, it’s less now,” he said.

Yet others said there is little evidence to support the idea that the world will use the crisis to accelerate away from fossil fuels. The proliferation of climate pledges in recent years has come against the backdrop of soaring fossil fuel consumption. The International Energy Agency estimates oil demand will surpass pre-pandemic levels this year.

Western sanctions and the withdrawal of oil companies from Russia will likely dampen oil industry growth under Putin, said Robert McNally, president of the Rapidan Energy Group and a former economic adviser in the George W. Bush administration.

If global oil demand continues to climb in the future, that could leave the world scrambling to find additional barrels if Russia’s oil industry is diminished by the global response to its invasion, McNally said.

“I really do think where you stand on Russia depends on where you sit with regard to peak oil demand,” said McNally, who believes demand will grow. “I think we are a year or two away from looking out the window and saying, ‘Oh, my God, we’re not decarbonizing as fast as we need.’ If I’m right about the inability of Russia to grow, it is going to be a really big problem.”

There are important differences between the current crisis and 1973. For one, the Organization of the Petroleum Exporting Countries will likely try to stave off large-scale supply disruptions — the exact opposite of the embargo that OPEC implemented in 1973. Saudi Arabia already has plans to increase production by 1 million barrels a day by 2027.

“Saudi Arabia and UAE are going to be watching carefully to see if there is going to be any disruption to oil flows,” said Jim Krane, who studies oil markets at Rice University’s Baker Institute for Public Policy.

While both countries are keen to avoid angering Russia after years of working together in OPEC+, “their first allegiance will be to keep oil markets well supplied and replacing any shortage from Russia,” Krane said.

Russia produces 11 million barrels of oil a day, making it the world’s third-largest producer behind the United States and Saudi Arabia. The country exports between 5 million and 6 million barrels per day of crude, with about half of that destined for Europe. Another 1.6 million barrels is shipped to China, according to a recent analysis by Amy Myers Jaffe, managing director of the Climate Policy Lab at Tufts University.

Past experiences of Venezuela and Iran offer some insight into how the crippling sanctions levied on Russia might affect the country’s oil industry. Those countries were able to find buyers for their crude, but were forced to sell it at a discount.

While Western sanctions have thus far avoided Russia’s energy sector, some of its crudes are trading at steep discounts.

Jaffe said in an interview that she expects the crisis will prompt European countries to overhaul their energy mix. But that shift will take time, she said.

“In the short term, it’s hard. There is only so much flexibility to move away from the path dependency of our existing infrastructure,” Jaffe said.

Thane Gustafson, a professor at Georgetown University who studies Russia and has written about its oil and gas sector, echoed that assessment.

When the Soviet Union fell, Western oil companies flooded into Russia. The country’s oil companies are now proficient at fracking and horizontal drilling after years of working with companies like Halliburton and Schulmberger. That reduces the impact of departures like BP PLC, Exxon Mobil Corp. and Shell PLC, both of which announced this week that they would exit operations in Russia.

“The implication is Russia will continue its hydrocarbon model for another decade,” Gustafson said.

The picture grows more challenging for Russia in the 2030s as decarbonization trends stand to take hold and demand for oil begins to plateau and decline. The higher cost of producing a barrel of oil in Russia could leave the country on the outside of a shrinking global oil market, he said.

The question for the world is whether the conflict in Ukraine slows the broader energy transition.

“There’s such inertia in the energy structure. The energy transition is bound to be slow, even though there are unexpected surprises such as incredible decline in the cost of renewables or the tremendous increase in worldwide sales of EVs,” Gustafson said. “The energy transition requires a tremendous amount of investment and government commitment. It doesn’t just happen. It requires a more or less functioning global economy.”