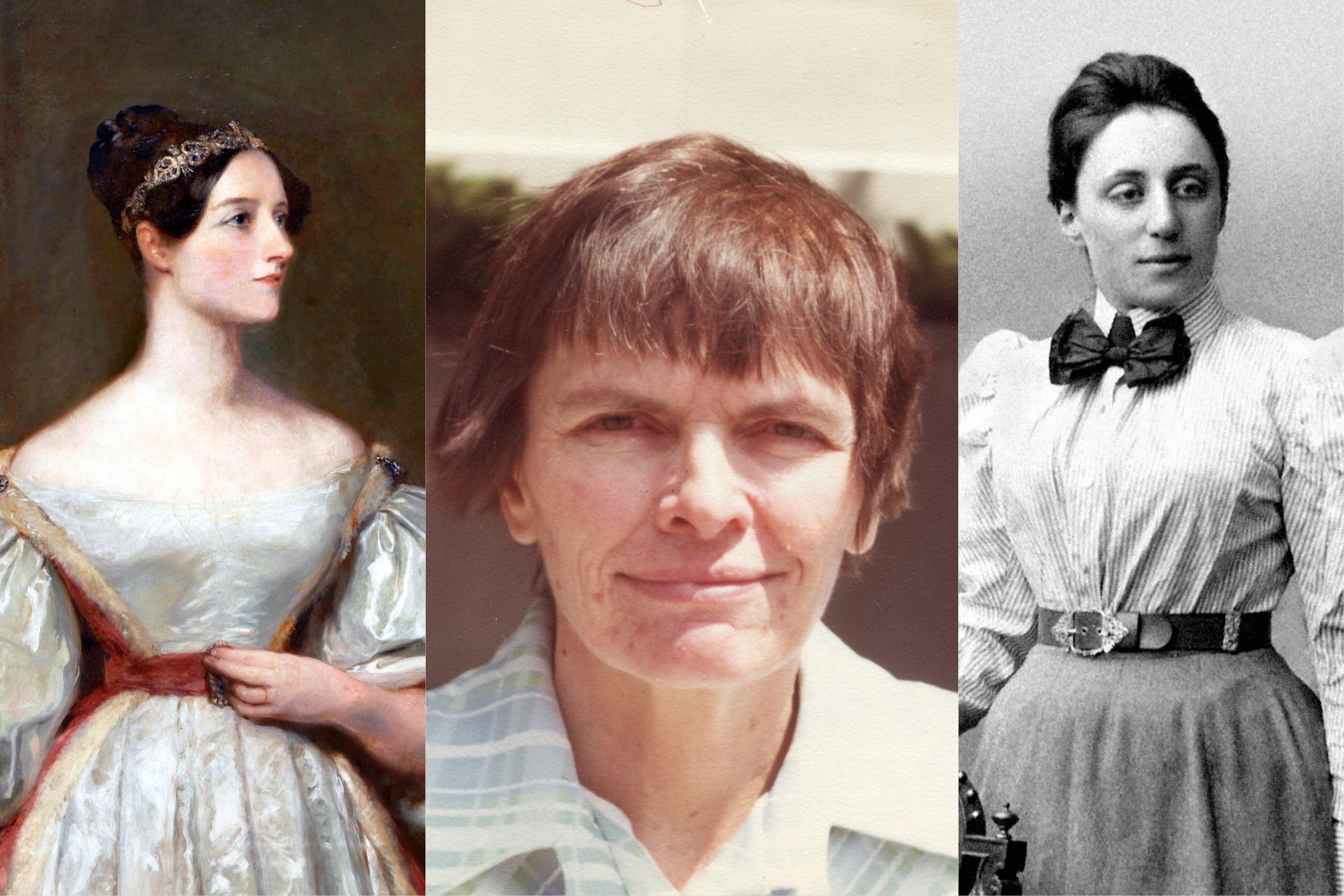 From the profound revelations of the shape of space to the furthest explorations reachable by imagination and logic, the history of mathematics has always been seen as a masculine endeavor. Names like Gauss, Euler, Riemann, Poincare, Erdős, and the more modern Wiles, Tao, Perelman, and Zhang, all of them associated with the most beautiful mathematics discovered since the dawn of humanity, are all men. The book Men of Mathematics, written by E.T. Bell in 1937, is just one example of how this “fact” has been reinforced in in the public consciousness.

Even today, it is no secret that male mathematicians still dominate the field. But this should not distract us from the revolutionary contributions women have made. We have notable women to thank for modern computation, revelations on the geometry of space, cornerstones of abstract algebra, and major advances in decision theory, number theory, and celestial mechanics that continue to provide crucial breakthroughs in applied areas like cryptography, computer science, and physics.

The works of geniuses like Julia Robinson on Hilbert’s Tenth Problem in number theory, Emmy Noether in abstract algebra and physics, and Ada Lovelace in computer science, are just three examples of women whose contributions have been absolutely essential.

At the turn of the twentieth century the famed German mathematician David Hilbert published a set of twenty-three tantalizing problems that had evaded the most brilliant of mathematical minds. Among them was his tenth problem, which asked if a general algorithm could be constructed to determine the solvability of any Diophantine equation (those polynomial equations with only integer coefficients and integer solutions). Imagine, for any Diophantine equation of the infinite set of such equations a machine that can tell whether it can be solved. Mathematicians often deal with infinite questions of this nature that exist far beyond resolution by simple extensive observations. This particular problem drew the attention of a Berkeley mathematician named Julia Robinson. Over several decades, Robinson collaborated with colleagues including Martin Davis and Hillary Putnam that resulted in formulating a condition that would answer Hilbert’s question in the negative.

In 1970 a young Russian mathematician named Yuri Matiyasevich solved the problem using the insight provided by Robinson, Davis, and Putnam. With her brilliant contributions in number theory, Robinson was a remarkable mathematician who paved the way to answering one of the greatest pure math questions ever proposed. In a Mathematical Association of America article, “The Autobiography of Julia Robinson”, her sister and biographer Constance Read wrote, “She herself, in the normal course of events, would never have considered recounting the story of her own life. As far as she was concerned, what she had done mathematically was all that was significant.”

Sitting in an abstract math course for any length of time, one is bound to hear the name Emmy Noether. Her notable work spans subjects from physics to modern algebra, making Noether one of the most important figures in mathematical history. Her 1913 result on the calculus of variations, leading to Noether’s Theorem is considered one of the most important theorems in mathematics—and one that shaped modern physics. Noether’s theory of ideals and commutative rings forms a foundation for any researcher in the field of higher algebra.

The influence of her work continues to shine as a beacon of intuition for those who grapple with understanding physical reality more abstractly. Mathematicians and physicists alike admire her epoch contributions that provide deep insights within their respective disciplines. In 1935, Albert Einstein wrote in a letter to the New York Times, “In the judgment of the most competent living mathematicians, Fräulein Noether was the most significant creative mathematical genius thus far produced since the higher education of women began.”

In 1842, Cambridge mathematics professor Charles Babbage gave a lecture at the University of Turin on the design of his Analytical Engine (the first computer). Mathematician Luigi Menabrea later transcribed the notes of that lecture to French. The young Countess Ada Lovelace was commissioned by Charles Wheatstone (a friend of Babbage) to translate the notes of Menabrea into English. She is known as the “world’s first programmer” due to her insightful augmentation of that transcript. Published in 1843, Lovelace added her own notes including Section G, which outlined an algorithm to calculate Bernoulli numbers. In essence, she took Babbage’s theoretical engine and made it a computational reality. Lovelace provided a path for others to shed light on the mysteries of computation that continues to impact technology.

Despite their profound contributions, the discoveries made by these three women are often overshadowed by the contributions of their male counterparts. According to a 2015 United Nations estimate, the number of men and women in the world is almost equal (101.8 men for every 100 women). One could heuristically argue, therefore that we should see roughly the same number of women as men working in the field of mathematics.

One large reason that we don’t is due to our failure to recognize the historical accomplishments of female mathematicians. Given the crucial role of science and technology in the modern world, however, it is imperative as a civilization to promote and encourage more women to pursue careers in mathematics.