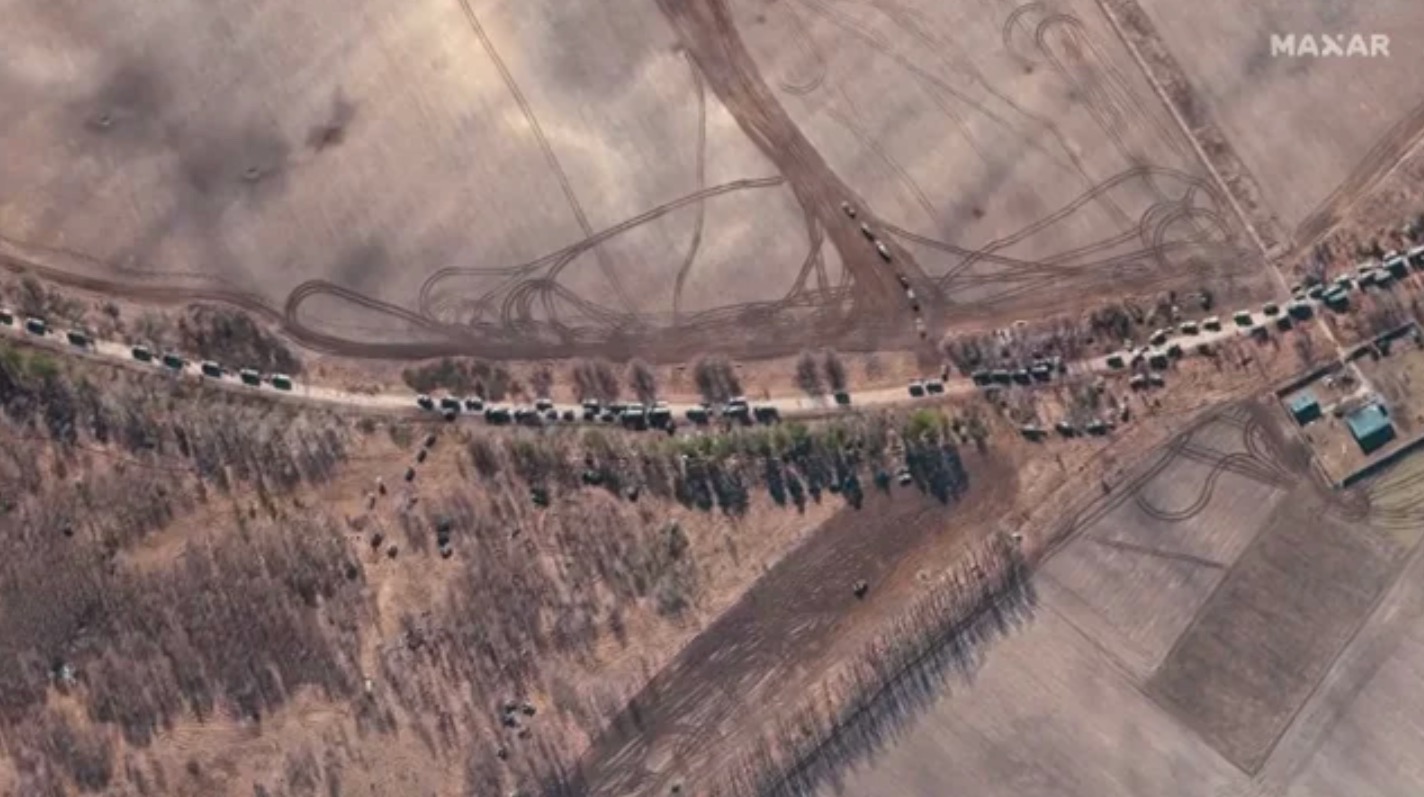 A new satellite view of the 40-mile-long (64 kilometers) Russian invasion convoy headed for the Ukrainian capital of Kyiv shows just how huge the assemblage of tanks and artillery haulers really is.

Maxar Technologies’ WorldView-3 satellite captured high-resolution imagery of the sprawling convoy on Feb. 28, four days after Russia’s invasion of Ukraine began. The Virginia-based company has now stitched those photos together to create a 3D video, which provides a better sense of the convoy’s massive scope.

Maxar georegistered the WorldView-3 imagery on top of a 3D model of the Kyiv area. The resulting data “has an absolute accuracy in all directions of 3 meters [10 feet], which means that objects seen in the video are physically within that 3 meters zone in the real world,” a public relations company that represents Maxar wrote in an emailed statement about the new video.

“This unique view, created with space-based data, allows viewers to have a better understanding of the on-the-ground situation when the area is not readily accessible,” the statement continued.

The Russian convoy has not been able to reach Kyiv, stalling about 19 miles (30 km) outside the capital in the face of fierce Ukrainian resistance, according to media reports and government intelligence assessments.

“We still assess that the convoy that everybody’s been focused on is stalled. We have no reason to doubt Ukrainian claims … that they have contributed to it being stalled by attacking it,” a senior US official told reporters, CNN reported on Thursday (March 3).

Cloudy conditions have prevented WorldView-3 and other optical-light satellites from getting a fresh look at the convoy for days now. When the clouds part, however, we should get an update thanks to these eyes in the sky.