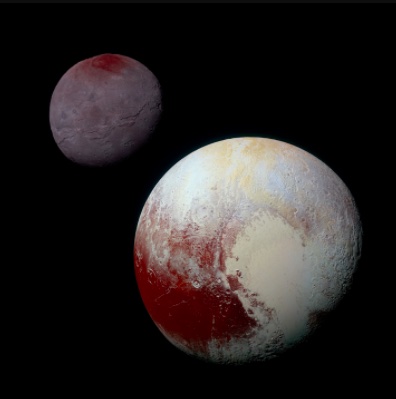 Pluto may no longer be a planet, but the dwarf planet and its icy neighbors in the Kuiper Belt are about to enter the spotlight.

One of the James Webb Space Telescope‘s first missions this year will be a program to study Pluto and some of the thousands of other celestial objects in the Kuiper Belt, a region of our solar system beyond the orbit of Neptune. These bodies, known as Kuiper Belt objects or trans-Neptunian objects, show remarkable diversity in terms of color, shape, size, groupings (clusters, pairs, etc.), and geological and atmospheric activity. While several spacecraft, including NASA’s New Horizons mission, have flown past these bodies, they’ve only been able to observe them briefly. With Webb’s sensitive infrared cameras, scientists will be able to study the objects over a longer period.

“Using Webb, we will be able to get information about surface chemistry that might be able to give us some clues into why there are these different populations in the Kuiper Belt,” Heidi Hammel, a Webb interdisciplinary scientist for solar system observations, said in a statement.

Related: The scientific mysteries no other observatory could unravel

Beyond that, scientists hope to analyze the data to learn about the formative years of the solar system. “These are objects that are in the graveyard of solar system formation,” said Jonathan Lunine, an astronomer at Cornell University and a Webb interdisciplinary scientist. He noted that the objects likely have been around for billions of years and could last billions more.

Webb will also study objects known as centaurs, former Kuiper Belt objects whose orbits have been altered so that they’re pulled closer to the sun, settling somewhere between Jupiter and Neptune. One such object is Neptune’s moon Triton. “Even though it’s Neptune’s moon, we have evidence to suggest that it is a Kuiper Belt object that got too close to Neptune sometime in its past, and it was captured into orbit around Neptune,” Hammel said.

The James Webb Space Telescope launched in December 2021 and is expected to become fully operational this summer.