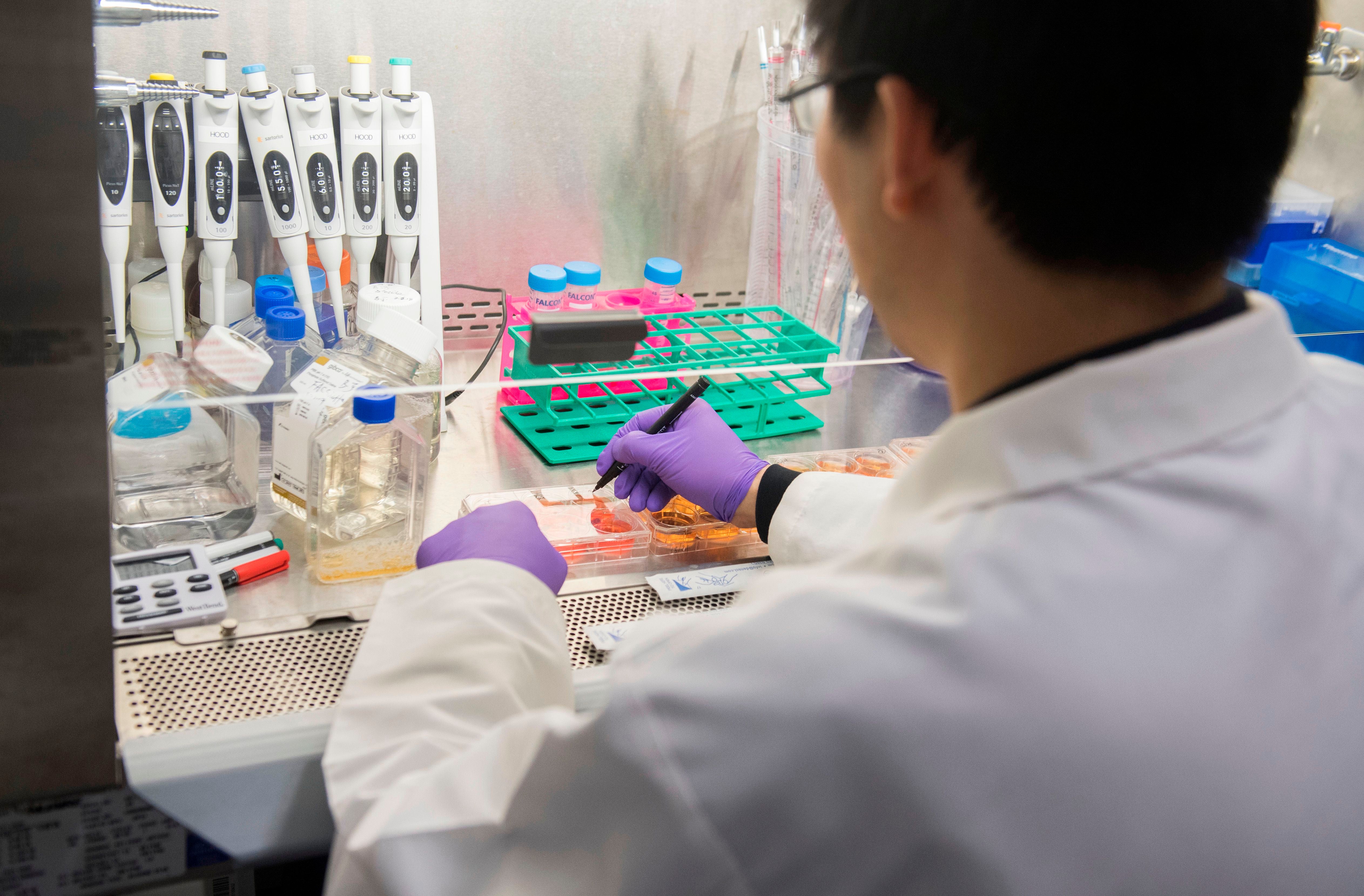 While ideology and politics often divide Washington, D.C., Congress is steadfastly united in a common cause: curing cancer. As a Democrat from Delaware and a Republican from Kansas, both of our lives have been touched by this disease.

The U.S. has seen great advances in cancer treatment, but they are not enough. To ensure that our children and grandchildren will not be touched by the tragedy of the disease the way we have been, we must work together to treat cancer with the same urgency that we tackled the pandemic—starting with a robust, sustained investment in cancer research through the National Cancer Institute (NCI).

Nearly every American has shared in the heartbreaking experiences of a long battle with chemotherapy, an immeasurable wait for biopsy results or a mother, father, sibling or child lost too soon.

During our tenures in the Senate, we have worked for consistent increases to the National Institutes of Health’s funding and are pleased with the work Congress has done to prioritize that funding over the past six years. An NIH program that funds researchers and workers across Delaware, the state that one of us (Coons) represents in the Senate, translates cutting-edge science into practical solutions for people with cancer.

But unfortunately, not all entities within the NIH have benefited equally from the recent budget increases, and the cancer research conducted via NCI funding is lagging behind. We believe a $1-billion boost this year and consistent increases going forward will allow the U.S. to remain the global scientific and economic leader in the development of cancer diagnostics and treatments that Americans will benefit from in the years ahead.

Because of the current funding lag, the NCI can only fund about one in eight meritorious research applications, according to data from the nonprofit ACT for NIH. This could leave many potential cures for various cancers on the cutting-room floor and leave young cancer scientists unable to get the financial backing they need to pursue innovative ideas. This in turn means that fewer promising scientists will enter the field of cancer research and that others will leave, leading to a brain drain in the field.

And Kansas, the state that one of us (Moran) represents in the Senate, is one of many that are home to universities and organizations conducting leading cancer research. Additional resources from the NCI would bolster those efforts, enabling renewed commitment on promising projects and a renewed hope for life-changing findings.

The funding gap is also the product of the remarkable momentum we have achieved in cancer innovation and the rise in applications to the institute for funding. During the past few decades, advances in cancer research have exploded. First, scientists learned how to use precision technology to target cancer in specific parts of the body. That innovation was followed by the development of immunotherapy, a technique by which doctors can use a patient’s own immune system to identify and target individual cancer cells. The immunotherapy revolution is opening the next frontier in cancer research: scientists are beginning to understand how to use artificial intelligence and machine learning to predict patterns and diagnose and treat cancer patients earlier than we could have imagined 10 years ago.

As scientists learn more about immunotherapy and how to harness artificial intelligence to treat cancer, they are generating more and more ideas, any one of which could hold the answer we need to end cancer as we know it.

As NCI director Norman Sharpless recently told Congress, “You know this is one of the things that’s keeping me up at night, frankly, is the idea that there’s this great investigator-initiated science in these pools of grants that we’re not able to get to.… There may be a cure for pancreatic cancer in there, right?” But without adequate funding, the NCI cannot support these growing numbers of scientists.

Every year more than 600,000 Americans die from cancer, making it one of the leading causes of death in our nation. As a society, we now have the potential power and knowledge to diagnose and treat cancer in wholly new ways. We are heartened by the proposal to create the Advanced Research Projects Agency for Health, a new entity within the NIH that will bring innovations in cancer research to patients. And we believe those investments will produce the greatest value when paired with a robust, ongoing commitment to the NCI.

Our global competitors are already engaged in the battle against cancer and stand ready to reap the economic and health benefits of funding cures. Predictable and robust funding for the NIH, which oversees the NCI, is a critical part of our economy and an important driver of improving health outcomes for all Americans. Unless we take decisive steps to fund NCI at the level necessary to raise the number of research applications funded each year, we risk losing our position as the global leader in cancer research to other countries, including China. We instead support sustained robust investment in the NCI.

Francis Collins, who retired last week as director of the NIH, was a steady and strong leader who worked extremely well with Congress to prioritize the NCI and support public health and research. We encourage President Joe Biden to select a director that will continue to work together with Congress on our shared efforts of prioritizing resources for the NCI. Working together, we can leverage the growing field of cancer knowledge to end this disease as we know it.