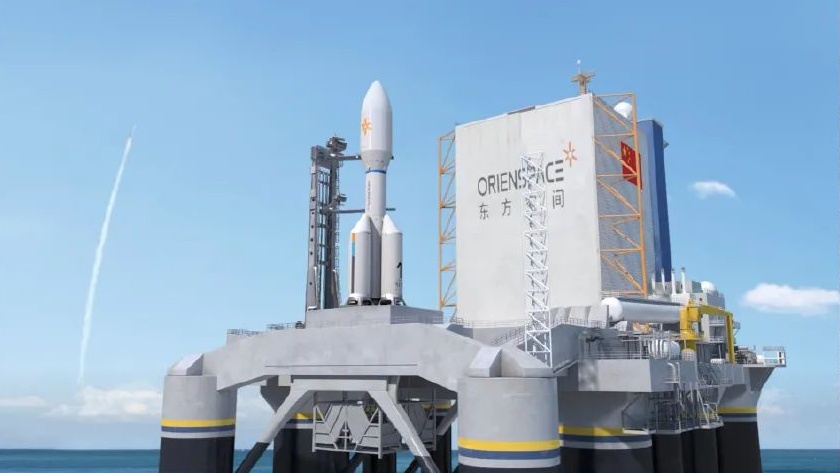 One of China’s newest launch startups has been raising serious amounts of money for its range of increasingly complex “Gravity” launch vehicles.

Orienspace was founded in 2020 and announced itself last year after securing initial funding of $65 million, detailing plans for a series of rockets. The firm has just secured a further $47 million, the company announced in January, making it one of the most well-backed Chinese launch startups despite its youth.

The company aims to launch its first rocket, Gravity 1, in 2023. Gravity 1 uses a combination of a liquid propellant core stage with simpler, solid propellant boosters. The 102-foot-long (31 meters) rocket is planned to be capable of launching 6,600 pounds (3,000 kilograms) to low Earth orbit, or LEO.

The latter will be a reusable rocket using kerosene fuel and liquid oxygen, with the possibility of developing a three-core version, similar to how SpaceX adapted the Falcon 9 rocket into the Falcon Heavy.

As well as talking about its new rockets, the 70-person-strong firm has started construction of a commercial launch vehicle assembly and integration test center in Haiyang City, Shandong Province.

Haiyang already hosts a new Chinese spaceport dedicated to launching from the sea, with a specially designed vessel for sea launches expected to enter service later this year.

The facilities at Haiyang will provide Orienspace with a launch site and a platform for landing its first stages.

One of the leading figures behind Orienspace is 29-year-old CEO Yao Song, who earlier founded the semiconductor firm Shenjian Technology. In a November 2021 interview with Chinese media Yao said the firm is targeting earning contracts to launch satellites for China’s planned national satellite internet constellation, for which early indications suggest plans for around 13,000 satellites.

The company will however face a strong field of competition filled with more established players, with China’s government deciding to open up the country’s space sector to private capital back in 2014.

Added to this are other private firms. Landspace is preparing to launch its Zhuque 2 rocket in the coming months, while iSpace, China’s first private launch company to place a satellite in orbit, is planning new launches of its Hyperbola 1 and Hyperbola 2 rockets. Other outfits include Galactic Energy, Deep Blue Aerospace, Space Pioneer, Space Transportation and Linkspace.

Orienspace will explore the possibilities for space tourism, Yao said in the same interview. He also noted the importance of China engaging fully in space endeavors and is keen to make progress.

Yao sees space resources, including having satellites operating in orbit, as first come, first serve. He drew on historical events, noting the profound consequences of Western countries exploring the Atlantic and the globe in centuries past while China’s Ming Dynasty (1368 CE to 1644 CE) began to look inwards following Zheng He’s voyages.

Space will be dominated by companies like SpaceX, Yao claims, if China does not get involved now.