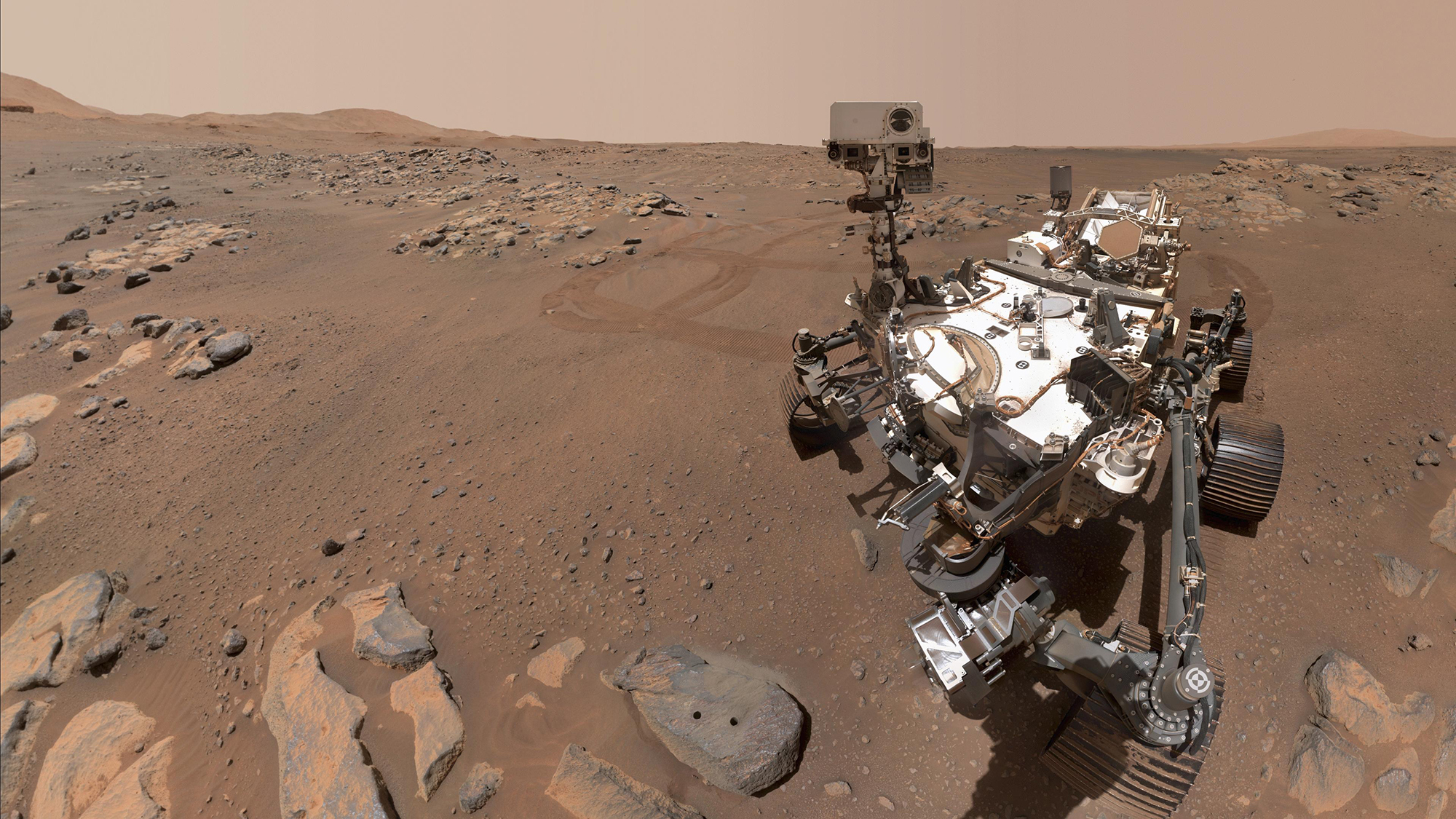 The Perseverance rover’s second year on Mars should be even more action-packed than the first.

The car-sized Perseverance rover landed inside the Red Planet’s Jezero Crater on Feb. 18, 2021, tasked with searching for signs of ancient Mars life and collecting dozens of samples for future return to Earth.

The 28-mile-wide (45 kilometers) Jezero is a great place to do such work on Mars, mission team members say, because it hosted a big lake and a river delta in the ancient past. Here on Earth, river deltas are great at preserving carbon-containing organic compounds — the building blocks of life as we know it — and residues of life itself, so Perseverance’s handlers are eager to check Jezero’s delta out. And they should start doing so in earnest in the coming months.

“For the mission’s second year, we are incredibly excited to finally get to the delta,” Perseverance science team member Briony Horgan, an associate professor of planetary science at Purdue University, said in a video released by the school this week.

“The delta in Jezero Crater is the reason we chose the landing site, and we hope to get to it later this spring,” Horgan said. “Once we’re there, we’ll be able to look at the bottom of the ancient lake that once filled Jezero to search for signs of ancient microbial life, and we plan to spend the whole next year traveling through the ancient lake deposits and ancient river deposits that are within the delta.”

Perseverance isn’t the only NASA robot exploring Jezero Crater. The rover landed with a tiny helicopter named Ingenuity, which was designed to show that aerial exploration is possible on Mars despite the planet’s thin air. (The atmosphere of Mars is just 1% as dense as that of Earth at sea level.)

Ingenuity deployed from Perseverance’s belly on April 3. Over the next five weeks, the 4-pound (1.8 kilograms) chopper made five pioneering flights, which the rover supported and documented for posterity. (All communications between Ingenuity and Earth are routed through Perseverance.)

With Ingenuity’s primary mission successfully completed, Perseverance was free to start focusing more exclusively on its own needs. The rover began its first science campaign in early June and attempted to collect its first sample two months later.

That first try didn’t go well; the target rock crumbled beneath Perseverance’s percussive drill, and the resulting bits did not make it into the designated titanium tube. But the rover bounced back quickly, socking away a core drilled from a rock dubbed “Rochette” in early September.

Perseverance has built upon that initial success, collecting five more rock cores to date. Technically, these six cores constitute just three samples, because the mission team collects a replicate at each site. (The rover also totes an “atmospheric sample” — the sealed tube from the unsuccessful first coring attempt.)

The six cores all appear to be taken from rocks that were part of an ancient lava flow, Horgan said. That’s exciting, she added, because volcanic rock can be dated precisely in labs on Earth. So, once Perseverance’s samples land here — which could happen as early as 2031 — scientists will be able to gain a better understanding of Jezero’s history and evolution.

That’s not terribly surprising, given that Jezero hosted a body of water as big as Lake Tahoe billions of years ago. But the finding is important and exciting, because “water-rock interactions can yield chemical energy that can help potentially give rise to life and power life,” Hand told Space.com.

Related: The search for alien life

This work — done early in the mission from afar, using Perseverance’s Mastcam-Z imaging suite and a camera on its rock-zapping SuperCam instrument — was fruitful, confirming the existence of the long-ago lake and river delta. But up-close looks will be far more productive, and they should be coming soon.

During its first science campaign, Perseverance has explored a large patch of Jezero, cruising all the way to a rugged part of the crater floor called South Séítah. But that phase of the mission is now wrapping up, and the rover is heading back toward its landing site.

Such backtracking was the plan all along; it’s the safest way to get to the delta, the target location for the mission’s second science campaign. Going there directly from South Séítah would be a risky proposition, forcing Perseverance to cross sand dunes and other rough terrain.

Perseverance has been making great time during the return journey, covering at least 787 feet (240 meters) of ground recently on two different days — farther than any other Mars rover has ever gone in a single day.  Such driving feats are enabled by Perseverance’s autonomous navigation feature, which puts the route-picking largely in the rover’s hands.

“The rover planners — the brilliant engineers who drive the rover — have got full license right now to employ autonav on the rover and drive, drive, drive,” Hand said.

Perseverance will likely be back in the landing-site region within the next two weeks, he added. Once there, the rover will collect two core samples from a rock that the mission team calls “Chal” (Navajo for “frog”). After that, it will be time to high-tail it toward the delta.

The team hasn’t decided which part of the delta to target, Hand said; Perseverance may roll to Kodiak, or it may head for a piece of the larger, contiguous structure.

Wherever Perseverance goes in the near future, it will likely get some help from a friend. Ingenuity is still going strong, flying now under an extended mission that NASA granted after the little chopper wrapped up its technology-demonstrating campaign last May.

Ingenuity now has 19 Red Planet flights under its belt, and many of them have gathered valuable reconnaissance data for the Perseverance team. Hand described Ingenuity’s longevity as the biggest surprise of Perseverance’s mission to date. And it’s been a pleasant surprise, to say the least.

“Ingenuity is still pioneering incredible vistas that have helped guide us with the path forward for Perseverance,” Hand said.