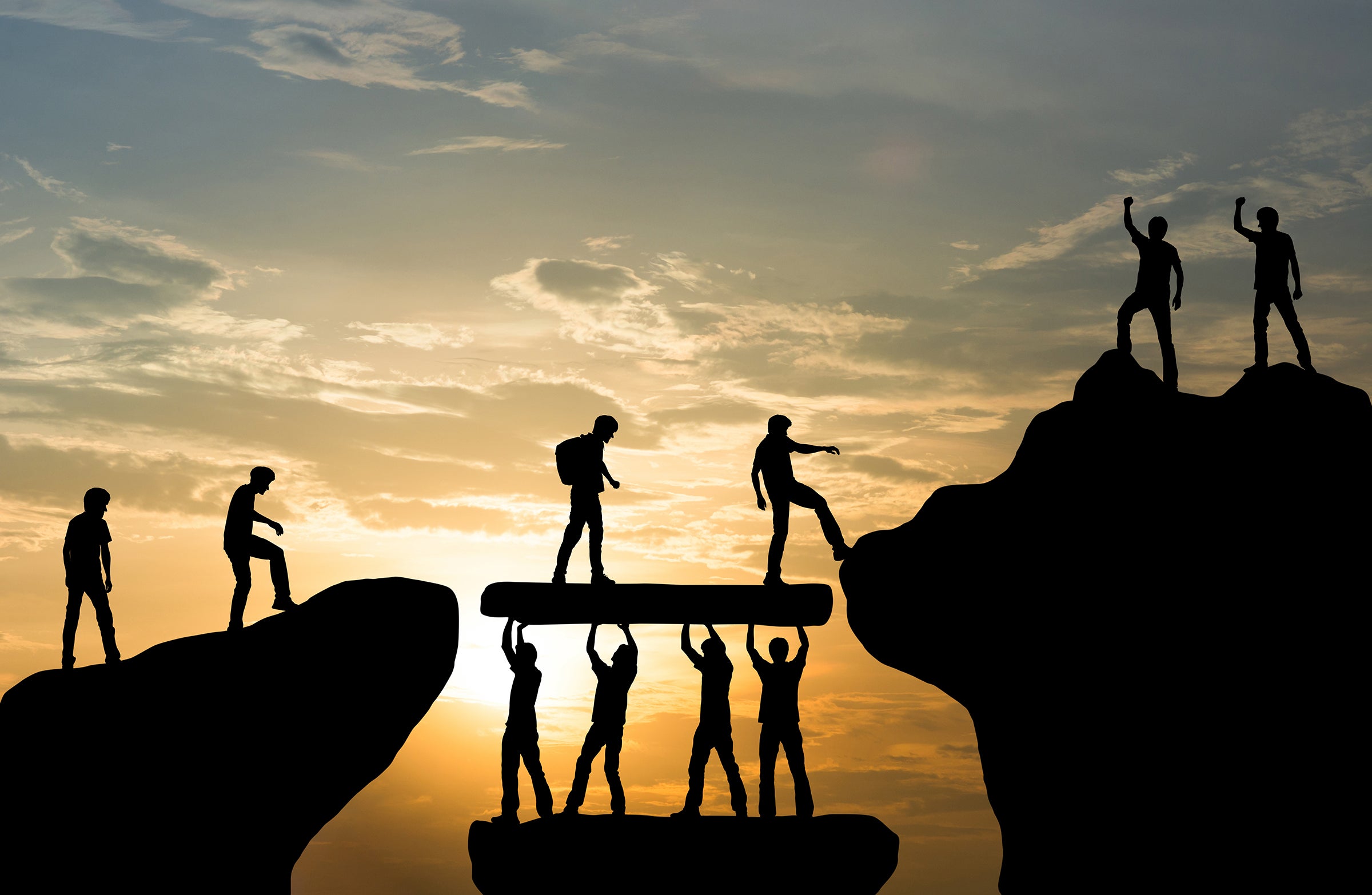 These are dark times, and I take solace where I can get it. Lately I’ve gotten it from The Dawn of Everything: A New History of Humanity, by anthropologist David Graeber, who died shortly after finishing the book, and archaeologist David Wengrow. Dawn is both a dense, 692-page scholarly inquiry into the origins of civilization and an exhilarating vision of human possibility.

Graeber and Wengrow, whom I’ll henceforth call the Davids, mount a rousing assault on determinism, the idea that biological and environmental factors make certain features of our existence inevitable. They show that humans have lived in wildly diverse ways, which cannot be captured by any simple scientific theories. The Davids argue, based on their analysis of the past, that we need not accept the crushing inequities of the present. We can do better.

The Davids challenge several widely accepted models of humanity. One dates back to 17th-century philosopher Thomas Hobbes, who held that life for uncivilized people was “nasty, brutish and short” and a “war of all against all.” We need strong leaders, Hobbes asserted, backed up by armed forces, to save us from our savage tendencies.

Hobbes, for obvious reasons, is popular with those who like the status quo. The Davids demolish the Hobbesian narrative by pointing to complex, agricultural societies—in Asia, the Middle East and the Americas—that governed themselves in nonhierarchical ways.

The Davids do not side, as Hobbes-haters often do, with 18th-century philosopher Jean-Jacques Rousseau. He imagined that early humans lived in blissful innocence and equality; far from saving us, civilization is that from which we need to be saved. Rousseau’s view of humanity, like that of Hobbes, is far too simplistic. Tribal societies could be hierarchical and warlike, the Davids show, as well as egalitarian and peaceful.

Hobbes and Rousseau were both wrong, the Davids contend, in another important way. Both assumed that our ancestors—and “primitive” people living in the Americas and elsewhere—were “stupid,” incapable of reflecting on their forms of social organization. Far from being simpletons, the Davids maintain, prehistoric people were often socially self-aware, creative, experimental.

The Davids also show the inadequacy of paradigms inspired by Marx and Darwin. Marxists see history as the struggle for material resources, such as food, land and water. Darwinians trace everything to the propagation of genes. These models, like those of Hobbes and Rousseau, fail to do justice to the immense diversity of human behaviors, both today and in the past.

As you read Dawn, you realize that its thesis is crushingly obvious. The Davids are merely saying that prehistoric people were as intelligent, complicated, playful and perverse as we are today. We humans share the urge to conform, to go along with the herd, but we can also be rebellious. If we see neighbors doing things in a certain way, we might reject that behavior and do things differently out of sheer contrariness.

The Davids knock Harvard psychologist turned megapundit Steven Pinker, calling him “our quintessential modern Hobbesian.” In his bestsellers The Better Angels of Our Nature and Enlightenment Now, Pinker presents a perspective that blends Hobbes with Darwin. Pinker views civilization, especially the version that emerged in Europe several centuries ago during the Enlightenment, as the cure to our violent tendencies.

Pinker defends modern civilization with charts tracking increases in wealth, health, freedom and peace. I appreciate this aspect of Pinker’s work, which I see as a healthy antidote to despair and fatalism. That’s why I invited him to speak at my school last year.

But Pinker’s faith that modern institutions can solve climate change, inequality, racism, sexism and other problems seems increasingly naive. And he has always exaggerated the violence of pre-state people and downplayed that of modern Western states. The Davids are justified in accusing Pinker, who scolds the rest of us for being insufficiently rational and scientific, of ignoring data contradicting his Hobbesian outlook.

Dawn is not the last word on our past, present and future. The Davids want to shake up our conversation about who we are and what we can be, to open it up to new perspectives, and they have succeeded. Their book has provoked strong reactions, adulatory and critical.

Reading Dawn, I found myself talking back to the Davids. They ask how we got “stuck” with our hierarchical, and largely patriarchal, social structures, but they do not provide a clear-cut answer. I’d like to offer one, which I propose in The End of War.

War is an especially insidious, self-propagating meme, which spreads even to societies that want no part of it. If a peaceful society is threatened by a belligerent neighbor, its choices are limited. It can flee, surrender or fight back. Once war becomes entrenched, as the Davids show, it often leads to patriarchy, slavery and other forms of oppression.

I also thought up an explanation for some of the nuttier cultural practices detailed in Dawn. Why did some foraging folk, who presumably had better things to do with their time, construct elaborate stone monuments and earthworks? Why did people in some cultures view their leaders as divine, and even allow themselves to be sacrificed when the monarch died, ostensibly to keep him company in the afterlife?

These strange customs, perhaps, can be explained by terror-management theory, which holds that dread of death underpins many of our behaviors. We build monuments and deify leaders in an effort to transcend our mortality. Modern humans are not exactly immune to these irrational impulses.

One gripe: I wish the Davids had given anthropologist Margaret Mead credit for anticipating their thesis. She, too, argued that we have more choices than we think we do. She rebutted the claim that patriarchy and militarism are inevitable, for example, by pointing to peaceful, matriarchal cultures. Yes, Mead’s scholarship has been questioned, but largely by ideologues opposed to her progressive values.

Finally, Dawn raises the question, So what? What should we do to make the world better? The Davids, although clearly hostile to big governments and big corporations, and to hierarchy in general, don’t offer specific prescriptions—wisely, perhaps. But I have a suggestion.

Just as war is the key to understanding how we got stuck, so it is the key to a better future. If we abolish war and militarism, the culture of war, many of our other social ills will become much more tractable. That’s my guess, and hope. I’ve said it before, I’ll say it again: We must start talking about how to end war once and for all.