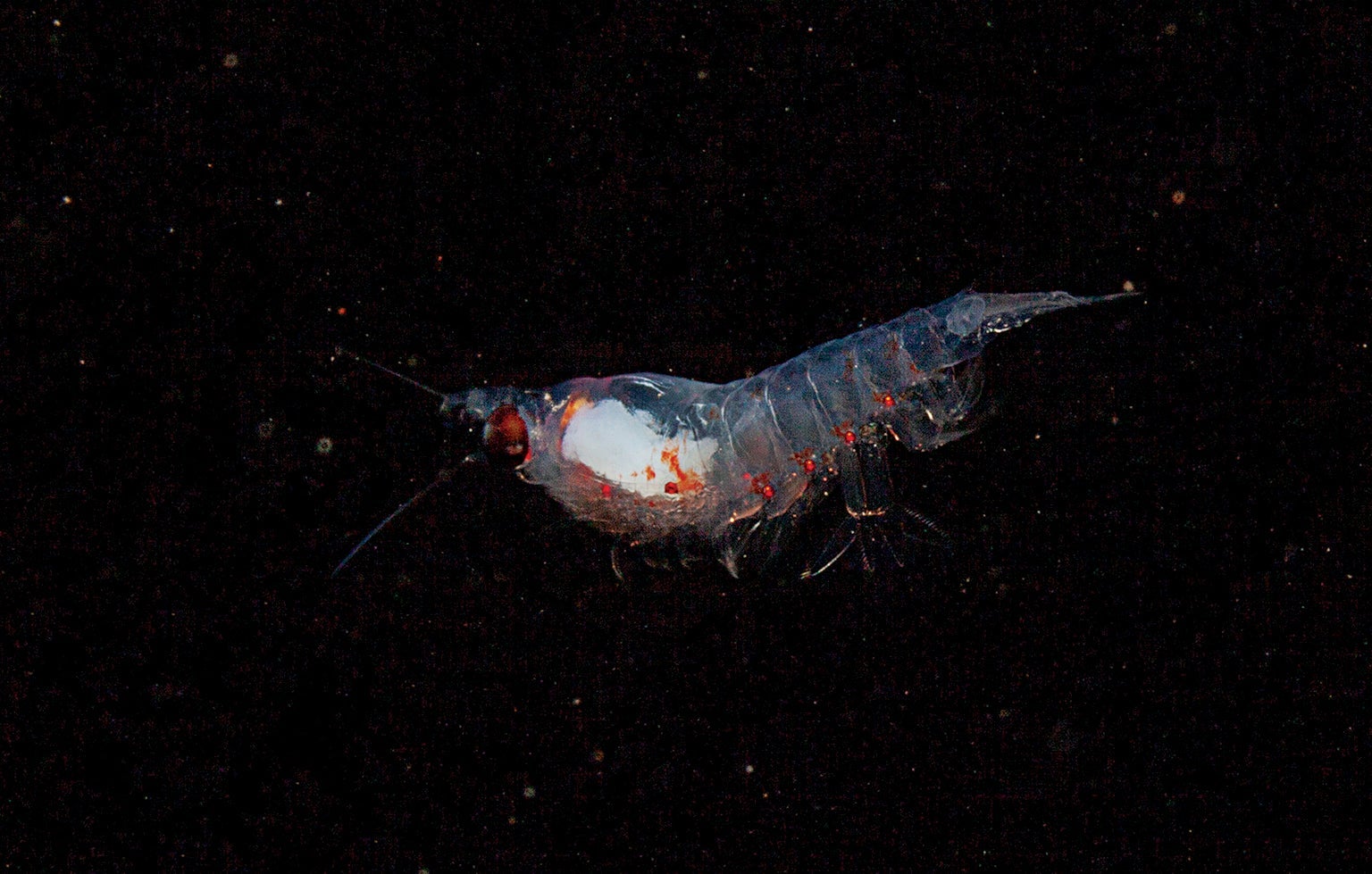 During Arctic winter, the sun disappears below the horizon for long weeks of “polar night.” But new research shows that tiny crustaceans in the Arctic Ocean somehow maintain their daily rhythms during these extended periods of darkness.

Most living creatures use sunlight to time their biological processes and behaviors. This becomes a challenge when there is effectively no sunrise or sunset—and even more so under the sea, where water dims what little light there is. But small, shrimplike animals known as Arctic krill, an important food source for many aquatic species, have developed a crafty adaptation to maintain their habits during the polar night. Even underwater they can detect extremely subtle changes in light from the sky as the sun shifts position below the horizon, researchers report in PLOS Biology.

“Biological clocks are how our bodies anticipate what’s going to happen next, like how we know to start getting hungry around lunchtime,” says University of Delaware marine biologist Jonathan Cohen, lead author on the new study. Krill behavior shows that the polar night has enough light to keep this biological timer ticking in some creatures.

Cohen and his colleagues studied the krill species Thysanoessa inermis in the laboratory and in its natural Arctic Ocean habitats off the Svalbard archipelago. They found not only that krill could detect minimal shifts in very scant light but that the electrical activity in their eyes heightened at night, suggesting increased light sensitivity. Moreover, the crustaceans were using the faint light variations to coordinate their movements through the water column, gliding to the surface to search for food in the darkest times and retreating to the depths during the “brighter” hours to evade predators. So far scientists know of only a few other animals, including flies and mice, that can tune biological clocks with such low levels of light, Cohen says.

The researchers are still unsure why krill continue swimming up and down during the very darkest nights. “If there’s no light, there’s no primary production and algal blooms—so there’s nothing for them to eat,” says Emma Cavan, a marine biologist at Imperial College London who was not involved in the study. “So why are they moving to the surface? It’s one of the big mysteries of vertical migrations.”