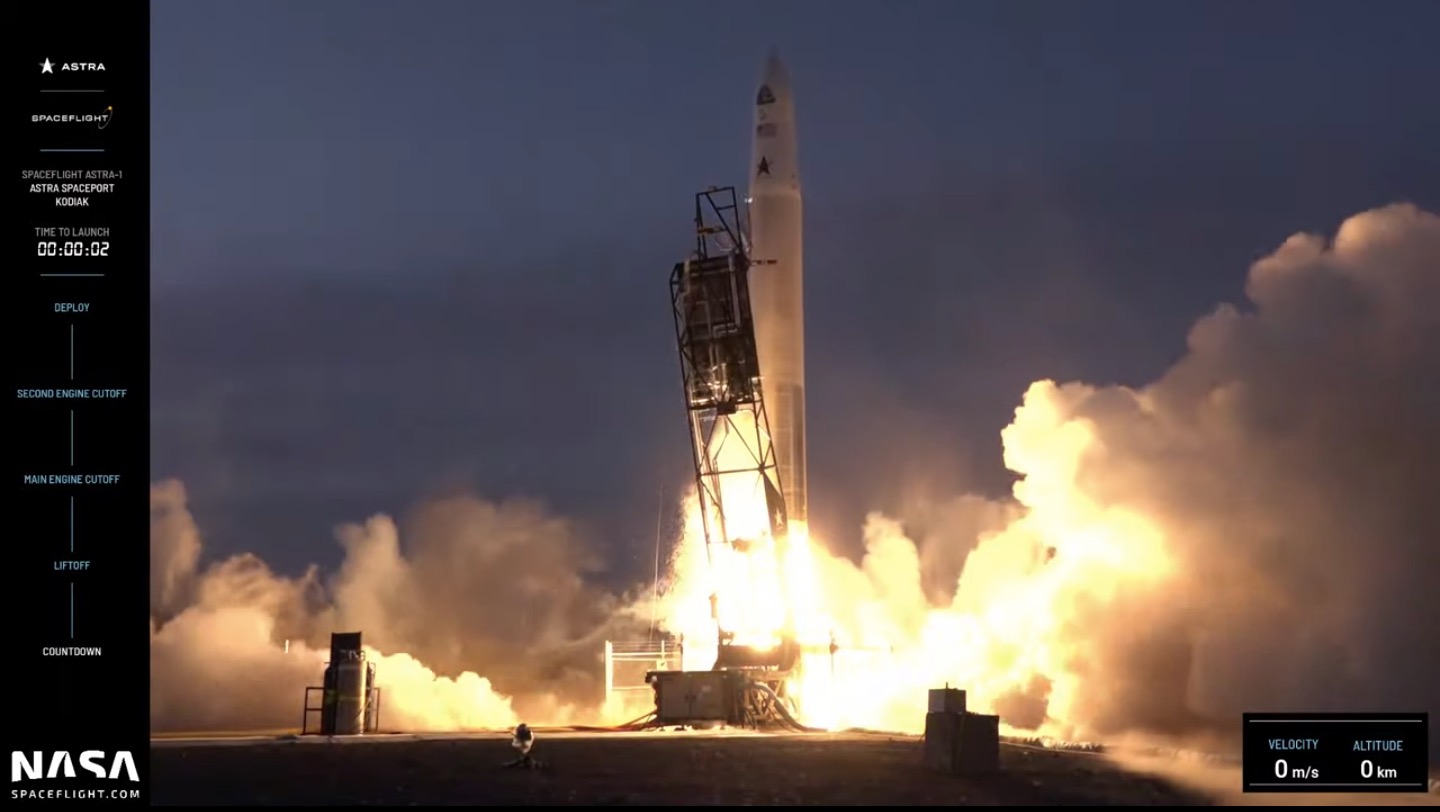 Astra bounced back from last month’s launch failure with a groundbreaking success, deploying satellites in Earth orbit for the first time ever.

It was a huge moment for Astra, which suffered a failure last month during its first-ever launch with operational payloads onboard.

“The flight was nominal,” Astra co-founder, chairman and CEO Chris Kemp said in a livestreamed mission update about an hour after liftoff. “We couldn’t be more excited to continue to deliver for our customers.”

Astra aims to break into the small-satellite launch market in a big way with its line of cost-effective, easily transported and ever-evolving rockets. The company had conducted five orbital flights before today, four of them test missions from Kodiak.

Astra reached orbit successfully on the most recent of those four test flights, a November 2021 mission that carried a non-deployable dummy payload for the U.S. Department of Defense. But the company stumbled on its next mission, its first with operational payloads onboard.

Astra investigators soon got to the bottom of both problems, tracing the fairing issue to an erroneous wiring diagram and the tumble to a software snafu. The company instituted fixes, clearing LV0009’s path to the pad on today’s mission, which was managed by Spaceflight, Inc.

LV0009 rose into the Alaska sky smoothly and ticked off its early milestones as planned. Stage separation and fairing deploy went well, and the rocket’s second stage cruised to the desired orbit with no apparent issues.

LV0009 deployed its payloads successfully about nine minutes after liftoff, though we didn’t get the good news until Kemp’s postlaunch update. The mission’s customers called Astra, confirming that their payloads were in communication with ground stations, he said.

It’s not clear how many satellites deployed today; Astra and Spaceflight have disclosed two of the mission’s payloads, but there were apparently more.

One of the known payloads is OreSat0, a tiny cubesat built by students at Portland State University in Oregon that is designed to serve as a testbed for future cubesats that will study Earth’s climate and provide STEM (science, technology, engineering and math) outreach opportunities.

The other one we know about is NearSpace Launch’s S4 Crossover, which is a technology demonstrator as well. S4 Crossover’s main goal is “to obtain flight heritage testing for a prototype payload host platform,” Astra representatives wrote in a description of today’s mission. Unlike OreSat0, S4 Crossover did not deploy; it was designed to stay attached to LV0009’s upper stage and will operate until the rocket body falls back to Earth, which is expected to happen in a few weeks.