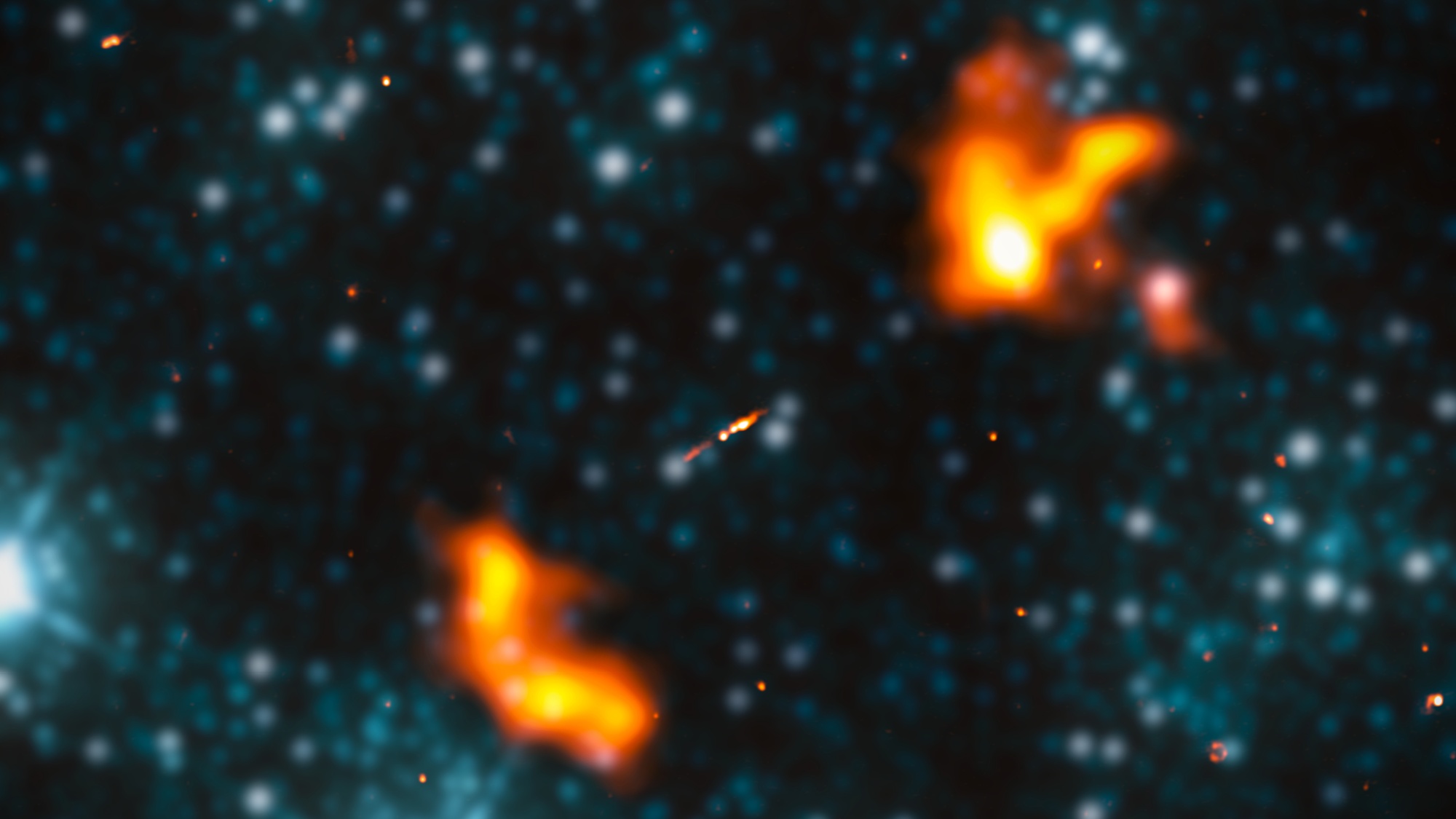 The galaxy — named Alcyoneus after the son of Ouranos, the Greek primordial god of the sky — was discovered about 3 billion light-years from Earth by a “stroke of luck,” according to a statement from Leiden University in the Netherlands.

Radio galaxies house supermassive black holes at their cores. As matter falls into the black hole, it releases energy in the form of two radio jets from opposite sides from the galaxy’s center, also known as an active galactic nucleus.

Using data from the Low-Frequency Array (LOFAR) network of radio telescopes located across Europe, researchers detected two massive plasma plumes emitted from a seemingly normal supermassive black hole at the center of the galaxy. Measuring at least 16 million light-years in length, these two jet streams stretch more than one hundred Milky Ways in diameter, representing the largest known structure of galactic origin, according to the statement.

The material blasted into space by these two jet streams includes the building blocks for new star formation. Traveling at almost the speed of light, this material heats up and dissolves into plasma, which glows in radio light that LOFAR is able to detect.

Astronomers using the radio telescopes were previously unable to detect Alcyoneus because the plumes are relatively faint. The researchers reprocessed existing images of the galaxy, revealing subtle, new patterns that alerted the team to the massive galactic structure.

While radio jets have been detected in many galaxies, including the Milky Way, the researchers are unsure how Alcyoneus grew to be so massive. At first, they thought it could be due to an usually large black hole, an exorbitant amount of stardust or incredibly powerful jet streams. However, these features appear relatively normal compared to other radio galaxies, according to the statement.

Alcyoneus may offer new clues about the structure of our universe, also known as the cosmic web, which is believed to connect all galaxies. This complex network is composed of filaments of clustered galaxies, separated by giant voids.

The intergalactic medium between galaxies may play a role in shaping the galaxy’s massive plasma plumes. Therefore, the researchers plan to further investigate Alcyoneus’ environment to see if anything in its surroundings can explain its unusual growth, according to the statement.

The findings have been accepted for publication in the journal Astronomy & Astrophysics.