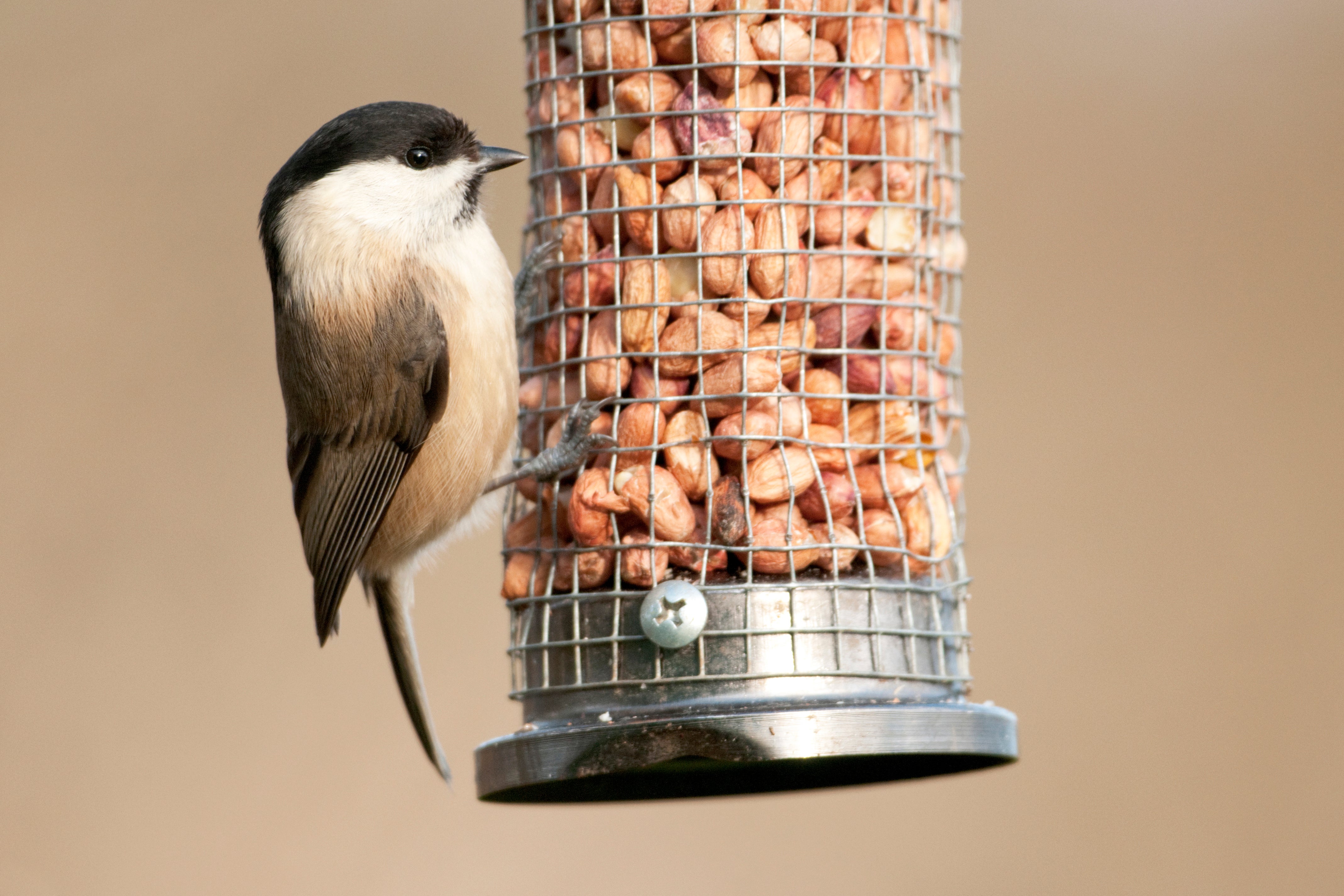 In May 2020, as the first wave of the COVID-19 pandemic chewed through Texas, I went to an Austin nature store and bought several bird feeders. The birds, drawn by seed and suet slabs, came soon afterward. They flitted down from the pecan trees and telephone wires: bold Tufted Titmice, bouncing Northern Cardinals and bullying crowds of White-winged Doves, House Sparrows and European Starlings.

I wasn’t alone. Feeders have long been a popular way to connect with nature and draw in native species and passing migrants for our edification. In 2018 the U.S. already made up $4 billion of the global $5-billion to $6-billion bird food market. But over the past two years, bird feeding has surged in popularity—nonprofit organizations, including the National Audubon Society, reported record 2020 sales in their backyard bird feeder and wild-bird-food-licensing programs, and some birding stores noted 50 percent jumps in demand. As more people have begun watching birds, many, like me, have done so by setting out a feeder.

The benefits of all of this provisioning have tended to go unquestioned. After all, habitat destruction from human activity is a leading cause of bird population declines, so feeding birds seems like an obvious way to help offset that loss. But a recent review paper published in Biological Conservation raises a troubling possibility: bird feeding could be reshaping some local environments—and squeezing out some of the bird species such feeding is supposed to help. “If you’re dumping millions of tons of additional nonnatural resources into an environment, you’re going to get massive, massive impacts,” says lead study author Jack Shutt, a conservation ecologist at Manchester Metropolitan University in England. “And they’re not always going to be the ones that you’re expecting.”

Bird feeding carries a few well-recognized risks. Foremost among them is disease transmission. In 2005 scientists concluded that shared feeders in the U.K. may have helped dove trichomoniasis—an opportunistic and nasty parasitic infection—jump into European Greenfinches, whereupon it hit epidemic levels and killed up to half a million birds. In the U.S., trichomoniasis and salmonella outbreaks associated with dirty feeders are common bird killers. “You’ve got different species pecking at the same bit of plastic, which is covered in various bird bodily fluids,” says study co-author Alexander Lees, an ornithologist at Manchester Metropolitan University. “It’s a recipe for disaster.” (When a still mysterious illness befell birds in several states last summer—causing officials to ask birders to take down their feeders—the finding that feeders were not ultimately a culprit came as a surprise to many experts.)

But a series of studies from the U.K. suggests that the impacts of widespread supplementary feeding may run considerably deeper than disease transmission. Although the U.S. leads the world in terms of sheer seed consumption, the densely-populated U.K. is one of the most dedicated bird-feeding cultures in the world, Lees says. Around 64 percent of British households put out bird seed—some 165,000 tons of it—enough, one study found, to sustain triple the combined population of the island’s most common feeder species. Indeed, another study found that feeder seed can make up as much as 75 percent of an individual British tit’s daily diet. A third study found that the U.K.’s feeding of Blackcaps could be driving a speciation event between birds that leave for continental Europe and ones who stay around feeders in the winter.

These studies prompted Lees and Shutt to take a closer look at the literature around bird feeding in an effort to draw clearer links between feeders and their effects on the broader ecosystem. What they found was worrying. As feeding has ramped up over the past 25 years, they wrote, populations of adaptable and aggressive generalists—Great Tits, Eurasian Nuthatches and invasive Ring-necked Parakeets—have skyrocketed by 40 percent, 83 percent and 1,480 percent, respectively. Meanwhile woodland species that avoid feeders, such as the Wood Warbler and Marsh Tit, have suffered sharp declines. Willow Tits increasingly lose nest holes to feeder-using Blue Tits and lose hatchlings to hungry Great Spotted Woodpeckers, another feeder-using species whose numbers have jumped by almost 150 percent in the past 25 years. U.K. Willow Tit populations have crashed by 87 percent in the same time period. In essence, the researchers argue, the commercial feeding industry in the U.K. seems to have helped aggressive generalists take over entire bird communities and spill out from gardens into unprovisioned wildernesses.

Birds are not the only ones eating provided seeds: bird feeders may be fueling population bumps among rodents and foxes, increasing nest predation and perhaps causing other, as-yet-unknown effects. In Australia and New Zealand, where invasive species have wreaked havoc on native ecosystems, such concerns have led conservation groups to take a much frostier stance on casual bird feeding.

Shutt suspects that these kinds of indirect impacts of feeding—increased numbers of rodents and reshaped ecosystems—are likely to be much more widespread than anticipated. “The processes are similar irrespective of the individual species involved,” he says. “As soon as you’re giving massive amounts of resources to a select group and not their competitors, you’re going to be knocking out their competitors.”

Whether bird feeding has these worrying effects elsewhere in the world remains largely unknown, however. The U.S., for example, generally feeds less intensively—and is less densely populated—than the U.K. and therefore might not be altering avian fortunes so drastically. But actual studies on the ground remain thin. “We do not have a very good understanding of the indirect effects of bird feeding,” says Emma Greig, project leader of Project Feederwatch, a citizen science program affiliated with Cornell University. The program has tracked a few of these effects, she says, including a 2017 study potentially tying winter range expansions in a West Coast hummingbird species to the increased use of backyard nectar feeders. But Greig is hesitant to draw too many conclusions about the effects of bird feeding in the U.S. from British studies. “A story that applies to tits in England is necessarily going to apply to nuthatches in Michigan. So repeating these kinds of questions in different systems, I think, is going to be really important,” she says.

The question of how bird feeding impacts ecosystems is one that desperately needs more research, says James Rivers, an ecologist at Oregon State University. “It’s really surprising to me how limited the data are,” Rivers notes. The past several decades of the practice are essentially a global ecological experiment, he points out, with impacts that could be as profound as the re-introduction of wolves to Yellowstone National Park, which broke up elk herds, boosted beaver populations and changed the tree compositions of forests. Although the changes in Yellowstone were largely positive, they were also far-reaching and unexpected.

But studying the ecological impact of feeding our feathered friends would require decade-long projects and comprehensive American data sets that do not yet exist. “Research on these indirect effects [in American species] has lagged relative to direct effects” such as disease transmission, Rivers says, “because looking at a community of organisms interacting under natural circumstances is incredibly challenging to do.”

In both the U.S. and U.K., the broader birding community has seemed reluctant to ask too many questions. Supplemental feeding is often sold to consumers as a way to both connect with and aid native birds. But behind that feel-good messaging lies a multibillion-dollar industry, one whose ecological footprint—in terms of carbon, transport and land-use costs—demands serious scrutiny, according to Lees. And yet conservation organizations such as Audubon are thoroughly enmeshed in that industry, sell specialized seed and licensed feeders, and partner on projects with companies such as Wild Birds Unlimited. The resulting conflicts of interest may be unconscious, but they are no less present. (Wild Birds Unlimited did not respond to requests for comment.)

Further complicating matters, bird feeding does have some undeniable benefits. As Greig and Lees point out, it encourages people in more urbanized and developed areas, where natural avian food sources are harder to come by, to engage with birds. Indeed, supplemental feeding may be all that is propping up threatened species in heavily urban areas, such as House Sparrows and European Starlings—species that are not native to the U.S and are often considered pests but whose numbers are actually in global decline.

“I think in the future it’s got to be a more science-based, targeted thing, because you can’t simply pour resources into a system and not expect these cascading effects,” Lees says. “I’m not saying we need to cancel all of this immediately. But I think we need this to understand what’s going on.”

In the meantime, if you have the land available, there are other ways to help wild birds that do not depend on the feeder-industrial complex (although if you do have a feeder, you should take it down and clean it with dilute bleach solution every two weeks; most people do not). Greig suggests leaving leaves unraked or parts of the lawn unmown and creating the occasional brush pile. Managing the land less intensively boosts native insect populations, which in turn lures native birds such as sparrows, juncos and catbirds.

Then there is wildlife gardening—planting exclusively native wildflowers and bushes whose nectar, fruits and seeds attract local birds. Although it is easier to do this in an unpaved backyard, planting a variety of native grasses and flowers in mobile garden boxes will also do the trick, even on an apartment balcony. Readily available freshwater—whether from an elaborate pond or a carefully maintained, bubbling bird bath—will also attract its fair share of birds. (I speak from experience here: after installing an 18-gallon plastic pond in my backyard last year, clouds of Cedar Waxwings and Great-tailed Grackles arrived to drink and bathe.)

“You’re essentially introducing natural resources to start off with rather than heavily imported and non-native goods into their diets,” Shutt says. Although these natural resources may draw in lower densities of birds than bird feeders filled with non-native seed do, it means that the birds that do show up are getting “a normal, positive amount of food for that environment,” he says.

“Making your garden good for wildlife is one million times better than feeding 10 common bird species” with commercial bird food, Lees says. After all, native plants are important for a whole cohort of insects, reptiles and mammals as well. “You’re creating a resource which does not require you to constantly go back and buy bird seed. And [you’re] creating something that might potentially linger on after you, as opposed to feeding, which is a very consumer-based model of helping birds.”

These days I have only a single bird feeder up. In the yard of my rental, I have built multiple garden boxes, seeded them with native flora and scattered log piles among them for the fence lizards and wrens. I keep the bird baths bubbling and let the leaves drift where they will. While writing, I look out the window over the garden, and it bustles. The flowers wave. The lizards scamper. And the birds still come.