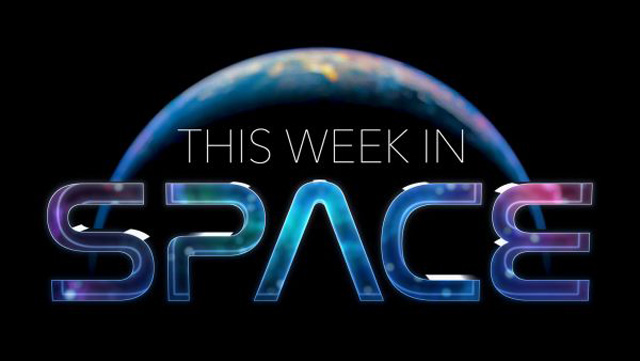 A new space podcast covers all the latest and greatest space news with expert commentary and a “humorous twist.”

“This Week in Space,” hosted by author Rod Pyle and Space.com Editor-in-Chief Tariq Malik, premieres today (March 4) on the TWiT podcast network and can also be streamed on Spotify, Apple Podcasts and Google Podcasts.

“We’re thrilled to welcome ‘This Week in Space’ to the TWiT Podcast Network,” said Leo Laporte, founder of TWiT.tv, said in a statement. “It’s such an exciting time in space exploration and Rod and Tariq are perfect guides to this new era in space.”

In today’s episode, called “Atomic Rockets,” Pyle and Malik will look at the history of nuclear-powered spacecraft and Project Orion, which planned to build a spacecraft that ran on atomic bombs in the 1950s and 1960s (not to be confused with NASA’s new Orion crew capsule).

“The Orion spacecraft was intended to be huge and could have carried a crew of maybe 70 lantern-jawed military types in La-Z-Boy recliners and sumptuous comfort,” Pyle said in the statement. “Sadly, it was not to be. But what a glorious vision!”

New episodes will air weekly on Fridays and will dive into a variety of space topics, including the latest developments in spaceflight and space tourism.

“In 20 years of reporting, I’ve never seen a time more alive with possibilities for space exploration and I look forward to talking through the latest giant leaps with Rod on ‘This Week in Space,'” Malik said in the same statement. “It’s clear to me we won’t run out of things to talk about!”

Malik joined Space.com in 2001, and Pyle has been writing for Space.com since 2012. Pyle is also the editor-in-chief of “Ad Astra,” the official magazine of the National Space Society, and he has authored several books on space exploration.