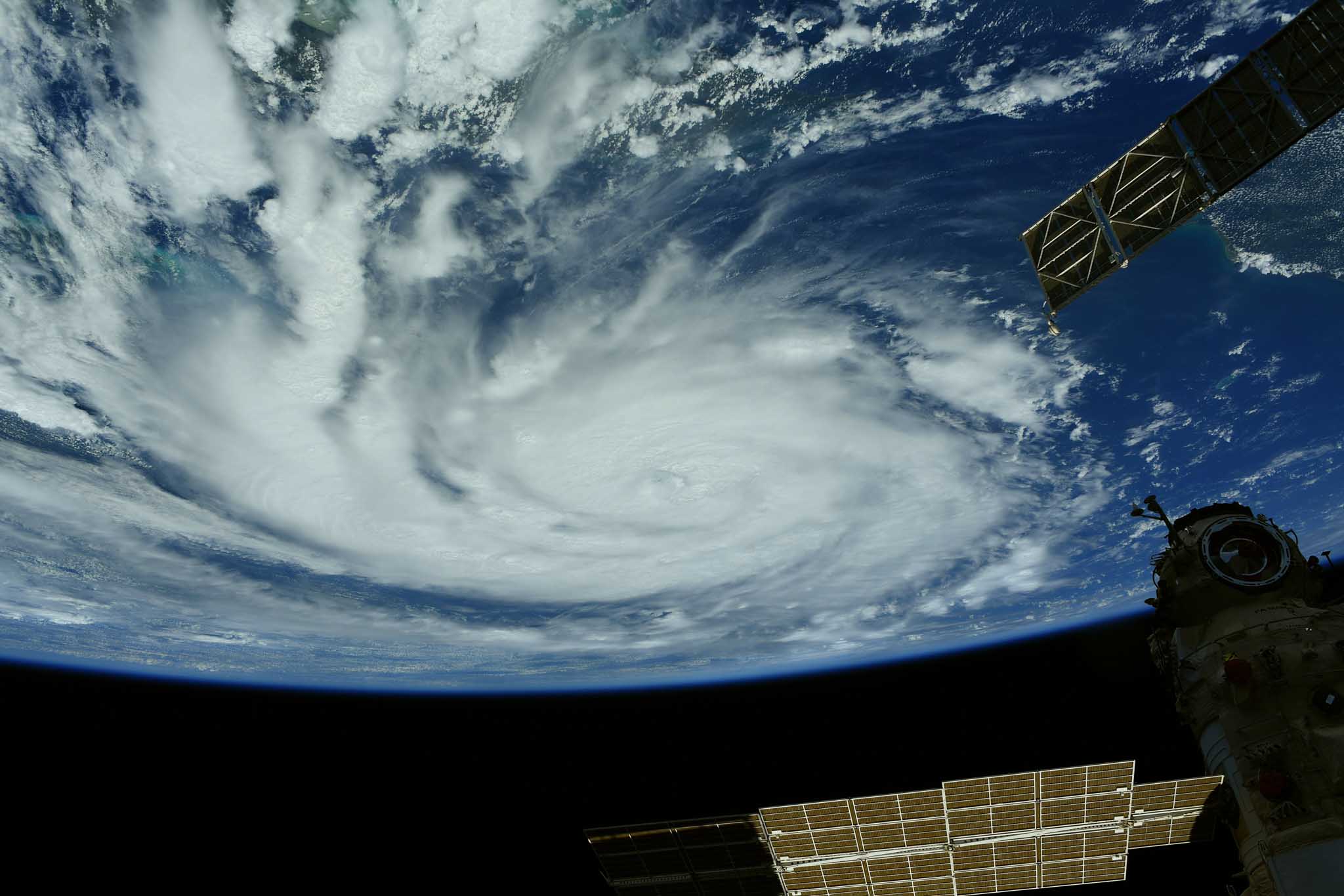 A technology that keeps Norway’s fjords ice-free in winter could help prevent devastating hurricanes in the Gulf of Mexico in the future, a Norwegian company now backed by an independent study believes.

It’s a hot, humid summer in Louisiana sometime around the mid-2020s. Weather forecasters are keeping an eye on a tropical depression forming in the Atlantic Ocean, off the coast of Puerto Rico. So far, it’s just a bit of rain and wind, but the sea is warm near Cuba, right in the storm’s predicted path, over 80 degrees Fahrenheit (27 degrees Celsius), and warm eddies swirl throughout the Gulf of Mexico. Computer models warn the storm might grow into a Category 4 hurricane by the time it reaches New Orleans.

But this time, some locals are mildly optimistic. A fleet of tanker ships harnessed with powerful compressors and an intricate system of punctured pipes is heading towards Cuba to test an invention that the Norwegians have been using for decades to prevent fjords from freezing over in winter.

Some residents are skeptical, still, complaining that the money invested into the Norwegian gimmick should rather have gone into strengthening floodgates. However, computer simulations and small-scale experiments have shown promise.

This, of course, is just a vision, proposed by a company called OceanTherm and its CEO, computer engineer and former Norwegian Navy submarine officer Olav Hollingsaeter.

The technology in question is called a bubble curtain and its purpose is to mix cold water from up to 490 feet deep (150 meters) with the warm soupy surface water. A temperature drop of just a few degrees is enough to deprive a tropical storm of fuel and stop it from gaining force.

A recent study by Norway’s independent research institute SINTEF showed that a 19-mile-long (30 kilometers) bubble curtain running at a depth of 330 feet (100 meters) would cool down surface water at 80 degrees F (27 degrees C) by nearly 5 degrees F. The study was based on computer modelling using real ocean data from the U.S. National Atmospheric and Oceanic Administration (NOAA) and the World Ocean Atlas, combined with climatological and atmospheric data sets from the European Center for Medium-Range Weather Forecast, OceanTherm representatives wrote in an emailed statement.

The technology simply releases air from the submerged pipeline. As the bubbles rise, they stir up the cold water from the depths and mix it with the warmer water on top. Natural sea currents then spread the cooled water across a wider swath of the ocean. The study demonstrated that after 48 hours of ‘bubbling’ the effect would be measurable across an area of 19 by 55 miles (30 by 90 km).

“We were surprised by the strong evidence that emerged from the computer simulations supporting the working hypothesis of OceanTherm´s concept,” Paal Skjetne, Senior Research Scientist at SINTEF, said in the statement.

The results are a big encouragement for Hollingsaeter, who has been toying with the idea of taming hurricanes using water bubbles since 2005.

“The computer ocean models showed amazing results,” Hollingsaeter told Space.com. “Now we would like to do a small-scale demonstration, just a 1.5-kilometer [0.9 miles] wide bubble curtain somewhere in the Gulf of Mexico, to prove the effect that we have seen in the models.”

Setting the experimental surface water at 80 degrees F wasn’t done at random — that’s the water temperatures at which hurricanes thrive. Most of the devastating hurricanes of past decades, including Katrina in 2005, Harvey in 2017 and Ida in 2021, strengthened when crossing hotspots and warm eddies in the Caribbean Sea and the Gulf of Mexico, said Hollingsaeter.

“Hurricane Harvey was just a tropical depression before it hit a very hot area and then very quickly developed into a Category 4 hurricane,” said Hollingsaeter. “And so was Katrina. So we think if we target these hotspots, these warm core eddies, before the tropical storms come in, we can prevent further intensification into devastating hurricanes.”

Hollingsaeter estimates that running such a warm-core eddy patrol would cost about $350 million per hurricane season. For comparison, the damage wreaked by Katrina in 2005 cost nearly $180 billion in today’s dollars and that of Hurricane Ida in August $65 billion, according to NOAA.

“There is no way we could stop a Category 4 hurricane,” Hollingsaeter said. “We have to do it when they are still small and relatively weak.”

Before deploying such a solution, the company would have to prove that cooling the water doesn’t harm marine life. But Hollingsaeter is not too concerned. “We are just reducing the temperature to a normal level because it’s too high to begin with,” he said. “In Norway, we have been using bubble curtains for years and there has been no negative effect on marine life.”

In fact, he added, the company is in talks with wildlife organizations who are interested in testing bubble curtains as a way to cool down overheated coral reefs.

“This is a problem with coral reefs around the world,” Hollingsaeter said. “The corals are dying because the temperature is too high, over 29 degrees C [84 degrees F].”

Hollingsaeter added that the bubble curtain idea is gaining a lot of support among oil companies operating rigs in the Gulf of Mexico. The interest is not surprising. Hurricane Ida this year shut down oil production in the Gulf of Mexico for weeks, and the damage to some rigs and processing plants resulted in oil spills. Reports of dozens of birds found covered in crude also emerged in the wake of the storm.

OceanTherm’s technology seems harmless and simple. Still, attempts to control weather and climate, known as geoengineering, frequently attract controversy. However, with progressing climate change, hurricanes are becoming stronger and more frequent. The 2021 hurricane season was the third worst in recorded history, behind 2020 and 2015, according to NOAA. And with the world still only tentatively on a path to reducing emissions of warming greenhouse gases and thus thwarting global warming, visions like those of OceanTherm might soon inspire wider public interest.