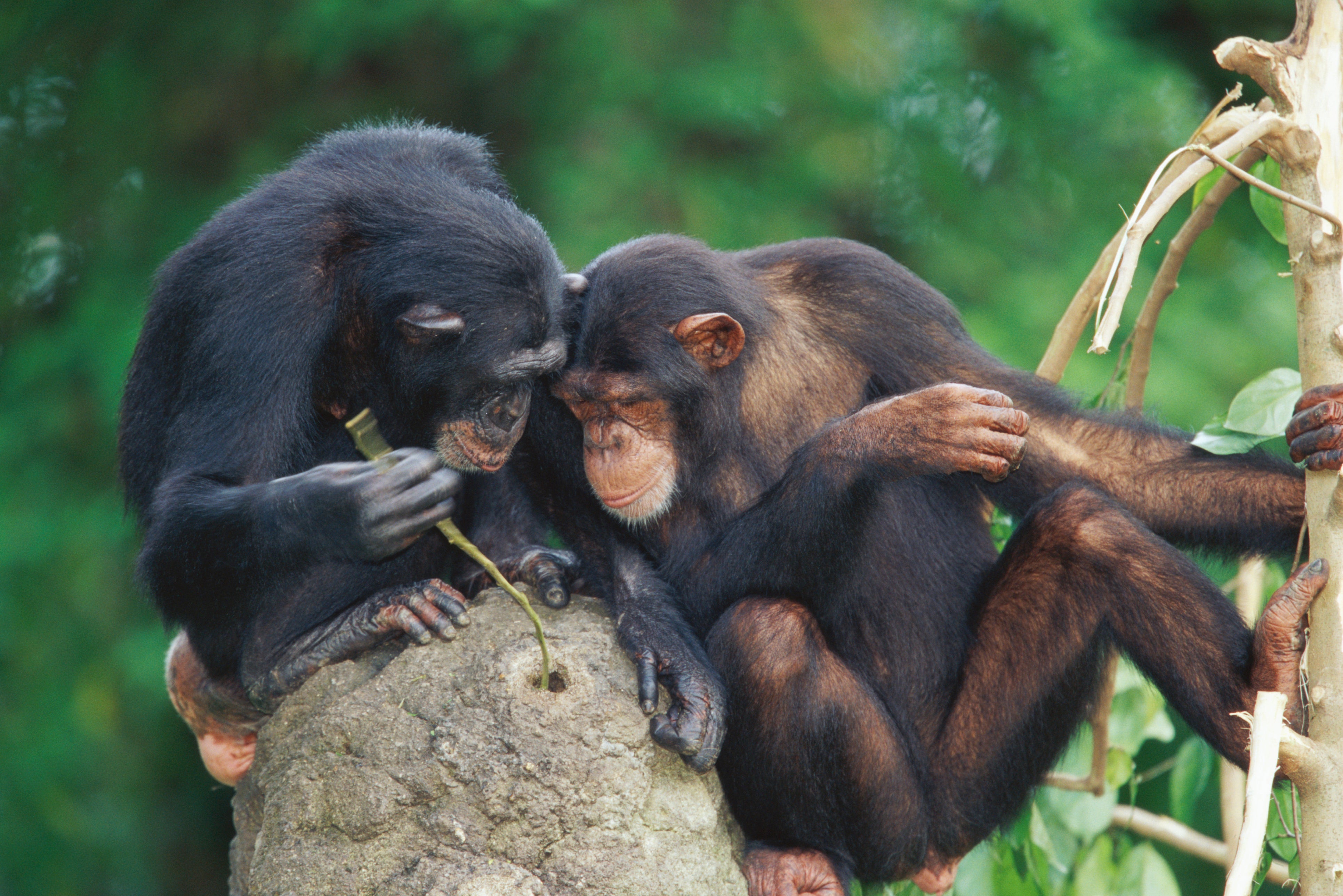 Christopher Intagliata: Chimpanzees can make tools, they display emotions, and they can outfox humans at certain memory games. But chimps also resemble us in another way—they use medicine. They’re known to eat tough leaves and bitter plants to purge parasites from their guts.

Now researchers have observed chimps applying a never-before-seen type of treatment—snatching flying insects, and applying them to their wounds. You can see this happening in a video they filmed at Loango National Park, in Central Africa.

Simone Pika: Suddenly Suzee is sitting up. She’s catching something from under a bush, she’s putting it between her lips, she seems to press it. And then she’s grabbing the foot of her son with a wound, and then is applying the insect to the wound.

Intagliata: Simone Pika is a cognitive biologist at the University of Osnabrück, in Germany. And part of the team that studies these chimps.

She says it’s possible the insects have antibacterial or soothing qualities—but this could also be a cultural practice. With no medical benefit at all.

Pika: Maybe an individual just found out that it’s intriguing, I get a lot of attention, others come, I get some grooming … and so it just resulted into a social behavior.

Intagliata: After all, Pika points out that humans perform plenty of rituals, with no obvious function.

Her team reported their findings in the journal Current Biology. [Alessandra Mascaro et al, Application of insects to wounds of self and others by chimpanzees in the wild]

And they write that this could be an example of what’s called “prosocial behavior.”

Pika: They help each other and it’s not just a mother helping her offspring and it’s not somebody helping somebody to increase genetic benefits, but it’s also individuals who are not related to each other.

Intagliata: As for those insects? The team has not yet identified any remains.

Pika: Because it’s tiny pieces and we are primatologists. But now we have talked to entomologists and have an idea of how to find even smallest remains, and then there are also techniques to then identify the species.