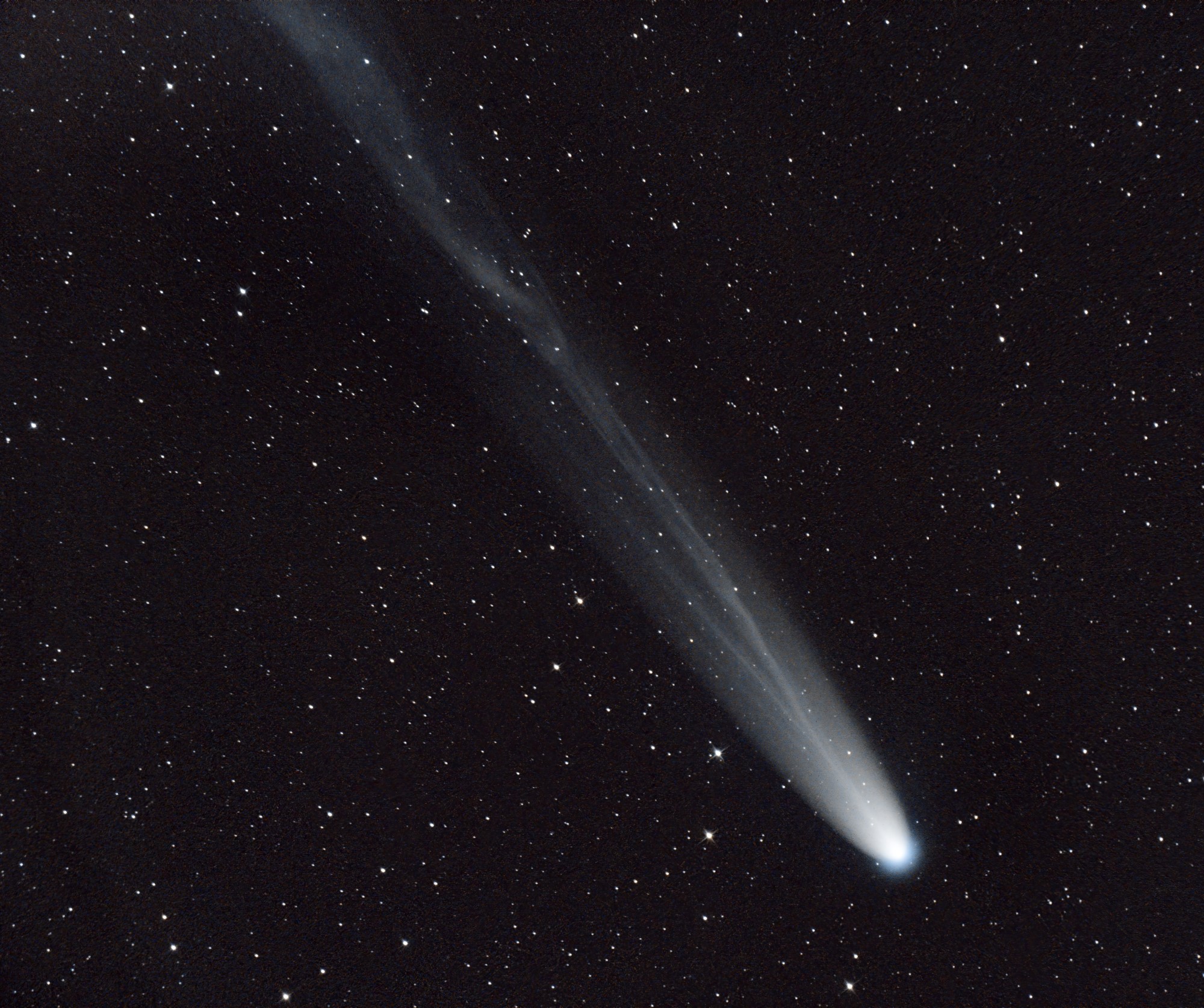 Comet Leonard is falling out of view, but not without putting on one last show.

Discovered just a year ago, the comet, formally known as Comet C/2021 A1, made its closest approach to Earth on Dec. 12, marking the climax of a month full of prime observing opportunities. As the comet has continued on its journey through the inner solar system, however, something has changed: its tail has taken on the appearance of twisted streamers, even as the core of the comet became brighter.

“Somehow it decided to return to life and unleash a couple of outbursts that reversed the fading trend,” Quanzhi Ye, an astronomer at the University of Maryland who specializes in comets, told Space.com.

Related: Comet Leonard, the brightest of the year, is fading and acting strange

Comets are notoriously unpredictable, and in that regard, Comet Leonard is no anomaly. The comet, which was first spotted in January 2021, caught scientists’ eyes for two key reasons: It was making a rare journey from the frigid outer zone of the solar system and its path would carry it remarkably close to the sun, as well as to Earth.

Skywatchers hoped that the pair of close approaches would make Comet Leonard a spectacular addition to the year’s observing opportunities. But during the run-up to the comet’s Earth flyby in December, Comet Leonard stopped brightening as fast as expected.

Observers expect a comet to brighten both as it approaches Earth due to the decreasing distance and as it approaches the sun due to the warming temperatures causing the comet to shed more material. But for Comet Leonard, this trend didn’t quite hold. It appeared to brighten, but only because of its lessening distance. In terms of the comet’s intrinsic properties, it actually faded.

But as it continued approaching the sun, Comet Leonard changed again and skywatchers were hypnotized by a dramatic, twisted tail.

The new spectacle is the result of the solar wind, a stream of charged plasma particles that constantly flows off the sun and across the solar system. Comets sport two tails, one made of dust and one of ions. And because ions are charged particles, a comet’s ion tail is particularly susceptible to being shaped by the solar wind, as well as the magnetic field located in interplanetary space.

“What we see here are all sorts of visual effects caused by the influences from the solar wind,” Ye said. “Most of the fascinating effects that we see in the pictures are from the ion tail.”

Coincidentally, astronomers already had their eyes on Comet Leonard’s ion tail. The strange fading episode in December made scientists wonder whether the comet might be falling apart, an event that would be first indicated by the disappearance of the ion tail.

But that hasn’t happened. “Right now the comet seems to be doing well, and it is mostly the solar wind that is doing its thing,” Ye said.

Comet Leonard made its closest approach to the sun on Monday (Jan. 3), when it came within about 56 million miles (90 million kilometers) of the sun. (Earth orbits about 93 million miles, or 150 million km, from the sun.)

Now, the comet is speeding outward across the solar system. By early next year, it will be about as far from the sun as Jupiter, which was about its distance when astronomers first spotted it. And while Comet Leonard has sped past the sun before this year, it never will again; its trajectory is due to carry it beyond the solar system into interstellar space.

Comet Leonard has been a great target for amateur astronomers, although it is becoming trickier to see for northern observers. It is currently appearing very low in the southwest sky just before sunset for skywatchers farther south than about Washington D.C. By mid-January, Comet Leonard will be exclusively overhead during daylight hours for all of the mainland United States.

Editor’s Note: If you snap an amazing comet or night sky picture and would like to share it with Space.com readers, send your photos, comments, and your name and location to spacephotos@space.com.