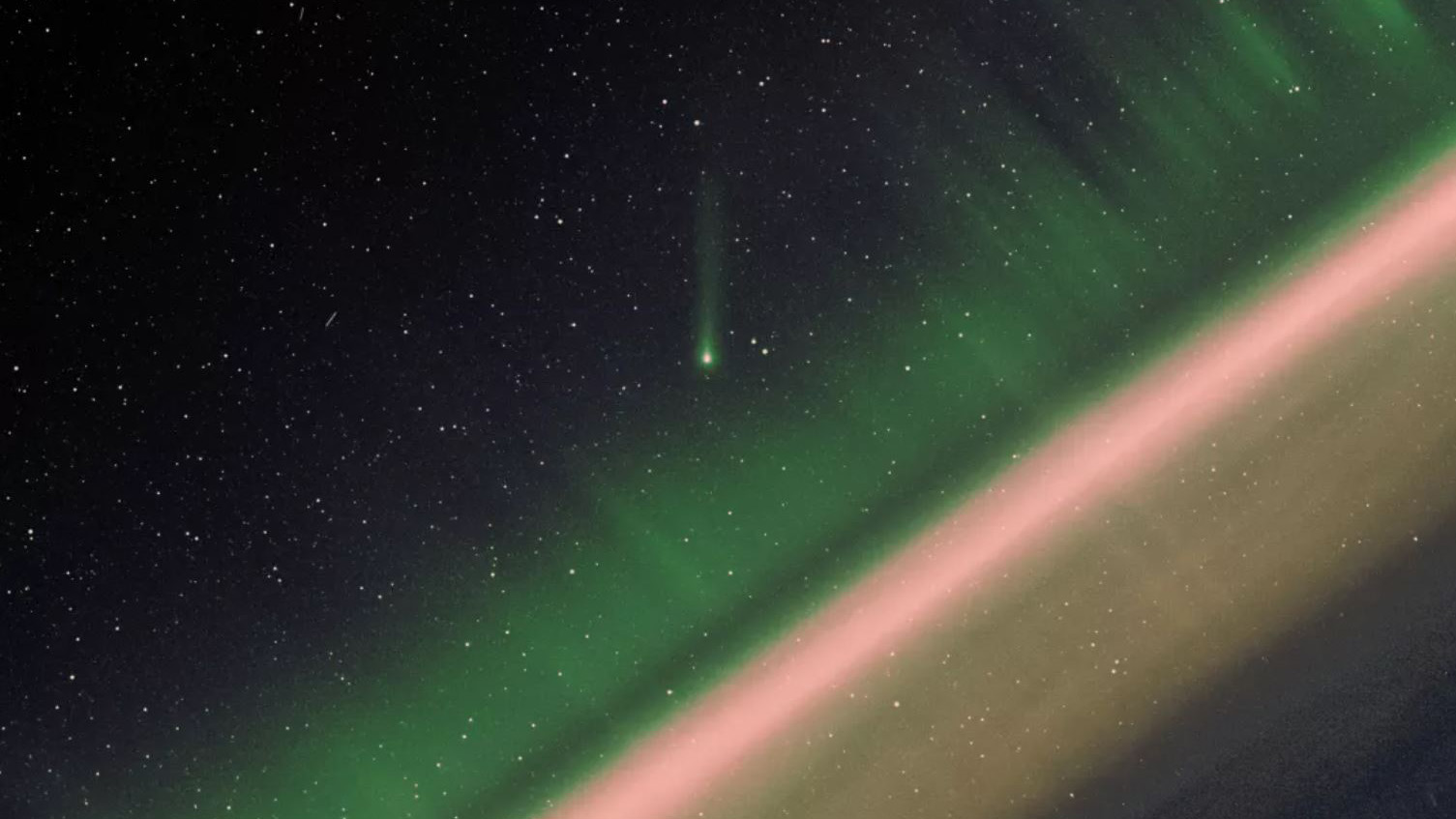 A small space telescope launched by a Chinese space resources company captured an epic shot of the brightest comet of the year on the backdrop of an aurora and passing meteors.

Yangwang 1, a small satellite belonging to Chinese space resources company Origin Space, took the image while Comet Leonard was making its closest approach to Earth on Dec. 12. The comet, which will make its closest pass at the sun on Jan. 3, will then disappear for 80,000 years.

Related: Comet Leonard will light up the sky this month — here’s how to see it

The colorized image shows the comet, formally named C/2021 A1, with its extended tail, but also captures space phenomena including a meteor, seen streaking below the comet, the shorter trails of two satellites, airglow, and aurora.

The Yangwang-1 space telescope, launched earlier this year, observes the universe around our planet in visible and ultraviolet light in search for near-Earth asteroids that could potentially be mined for resources. The satellite, China’s first commercial astronomical space mission, is available also to non-commercial users for professional research and public outreach purposes, according to Origin Space.

In orbit since June 2021, the satellite has already compiled an impressive gallery of auroral images and meteor streaks. In August 2021, the mission captured a stunning aurora australis above the southern Pacific Ocean, which is otherwise difficult to access for human observers.

Yangwang-1 is the first step in Origin Space’s ambitious plans to capture a small asteroid in 2025.