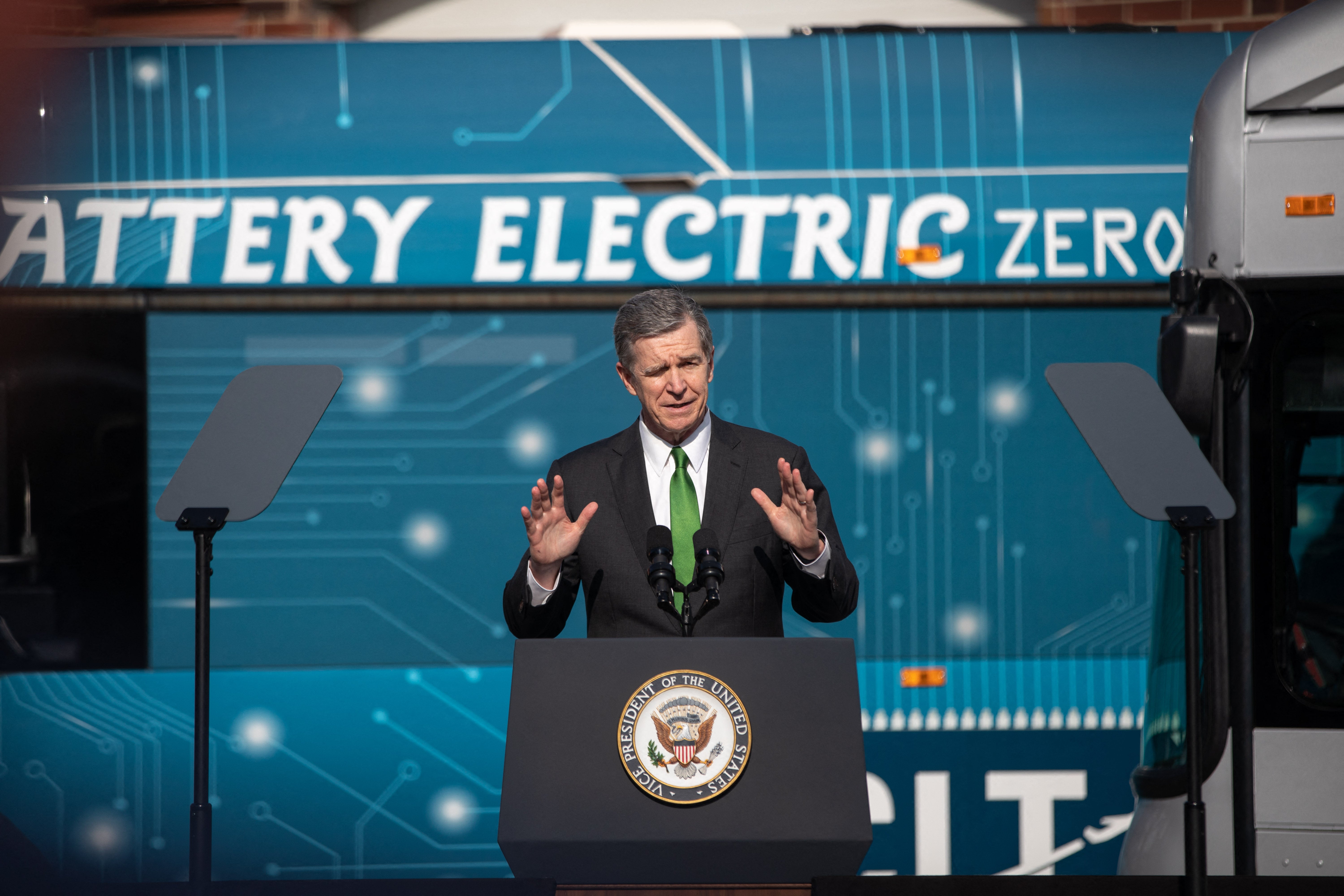 2021 turned into a big year for state climate action.

In North Carolina, a Republican-led Legislature passed a bill that requires a 70% reduction in power-sector emissions by 2030. And in Illinois, the country’s sixth largest carbon emitter, the governor signed legislation that could close all privately owned coal plants by 2030.

The raft of climate laws is notable for coming in the first year of the Biden administration. State climate efforts have historically gained momentum when Republicans are in the Oval Office but lost steam when Democrats take over.

Not so this year.

The new climate laws have been accompanied by a series of regulatory actions, like the adoption of zero-emissions vehicles programs in Minnesota and Virginia. In Pennsylvania, Gov. Tom Wolf (D) is pushing a plan to join the Regional Greenhouse Gas Initiative, a cap-and-trade program for power plants in the Northeast.

“You’re seeing a movement where climate action, climate justice and equity are increasingly coming together, and that broader movement is making things possible at the state level that we haven’t seen before,” said Kit Kennedy, who leads the state climate and clean energy program at the Natural Resources Defense Council.

Liberal states have long been active in climate policy, and 2021 saw a continuation of that trend. Massachusetts’ net-zero law expands its focus to sectors of the economy like home heating and requires more stringent environmental reviews for fossil fuel projects in communities of color (Climatewire, March 29).

In Washington state, greens tallied a pair of long-sought victories with passage of a low carbon fuel standard and a cap-and-trade bill (Climatewire, April 27). Both had suffered defeat in previous legislative sessions, while Evergreen State voters twice rejected efforts to price carbon in referendums at the ballot box.

The cap-and-trade bill opens the door for Washington to join California’s cap-and-trade program, and greens said the low carbon standard for transportation fuels is critical for addressing the state’s largest source of emissions.

While those laws were hailed by climate advocates, others drew mixed reactions.

Colorado enacted a series of laws aimed at greening home heating and cooling, but the passage of those laws was overshadowed by infighting between Gov. Jared Polis (D) and environmentalists over an attempt to cap emissions from different sectors of the economy (Climatewire, June 15). Massachusetts lawmakers and Gov. Charlie Baker (R) traded barbs over the direction of the Bay State’s efforts to electrify home heating.

The law, which comes four years after North Carolina lawmakers imposed an 18-month moratorium on wind development, represented the culmination of years of negotiations between GOP legislators and Cooper. Supporters said it would lead to the retirement of the state’s coal fleet and attract corporations with renewable energy and climate targets.

“We were able to come to a meaningful compromise,” said Dionne Delli-Gatti, who serves as Cooper’s clean energy director and led negotiations for the governor. “I think all of our leadership have seen how climate change has impacted the citizens of our state. At the same time, we want to take advantage of the opportunities … because the corporate world is starting to take note of these things.”

Yet the law failed to garner support from prominent environmental groups like the Sierra Club, which said the legislation lacked protections for low-income consumers and granted the state’s largest utility, Duke Energy Corp., ownership of the majority of new generation built in North Carolina.

Dave Rogers, deputy director for the Southeast at the Sierra Club, credited Cooper with working to improve the bill but questioned if the governor could have gotten a better deal if he waited.

“We don’t think the transition to clean energy should be paid for on the backs of the people who can least afford and have borne a disproportionate share of the pollution from decades of a reliance on coal,” he said.

North Carolina cuts a different profile from other states that have enacted climate laws, in terms of politics and emissions. Of the 17 states with emission reduction requirements written into law, it is the only one to vote for President Trump in 2020.

It is also much more coal dependent than its green-minded peers. North Carolina coal plants emitted 408 million tons of carbon between 2011 and 2020, according to an E&E News review of EPA figures. That makes it the 14th largest emitter in the U.S. Illinois is the only state with higher coal emissions to enact a law expressly aimed at cutting greenhouse gas pollution.

North Carolina’s legislation includes a provision that allows Duke to refinance its outstanding coal plant debt with low-interest bonds. In a recent regulatory filing, Duke said it plans to close all its coal plants in North Carolina by 2030.

Republicans, for their part, were less enthused by the bill’s climate provisions. GOP lawmakers focused on efforts that revamped the state’s utility rates, setting performance standards in areas like energy efficiency and granting Duke ownership 55 percent of all new solar generation built in the state.

State Rep. John Szoka, a Republican who chairs the House Energy and Public Utilities Commission, likened negotiations to sitting in “a dentist chair for six months getting your teeth drilled with no Novocaine.”

But he said it was important to come to a compromise given the rapid evolution of the electricity sector.

“I see the bill as a way to save ratepayers money going into an uncertain future with technology racing ahead,” Szoka said.

If greens were split over the outcome in North Carolina, they were giddy at the law enacted in Illinois.

Part of the elation owes to the sheer amount of Illinois emissions. In 2018, only five states emitted more carbon dioxide, according to the most recent EPA data.

And while Illinois is deep blue politically, it also has a long history with coal. Its coal plants emitted 756 million tons of CO2 over the last decade, fifth most in the country. And the state mined more than 30 million tons of coal over that period; that’s more than all but three other states. That complicated climate efforts in Springfield, the state capital.

The state passed the Future Energy Jobs Act in 2016, which included subsidies for nuclear and renewable energy. But lawmakers went further this year when they passed the Climate and Equitable Jobs Act (CEJA). The law requires the closure of all privately owned coal plants by 2030.

Prairie State Generating Station, Illinois’ largest emitter, will be allowed to remain open. The municipally owned plant must cut its emissions 45 percent by 2035 and close by 2045. Natural gas plants are required to achieve zero emissions by 2045.

“In a year when many states took all sorts of climate action, really the enactment of CEJA was the major news,” NRDC’s Kennedy said. “It is an incredibly progressive bill with a huge emphasis on equity and equitable outcomes.”

The prospect of combining state and federal action could accelerate the transition to cleaner energy sources, greens said. While the federal government holds purse strings, states often have regulatory oversight over key sectors of the economy like utilities.

The “Build Back Better Act,” under consideration in Congress, contains $555 billion in clean energy and climate spending. That money could help states realize their climate goals, said Pam Kiely, associate vice president for U.S. climate at the Environmental Defense Fund.

“Build Back Better alone isn’t capable of limiting pollution at the pace and scale required, but it will provide tremendous investments that will help lower the costs,” Kiely said. “States can build on that by putting in place the policies that require the economic transitions and, most importantly, the pollution reduction.”