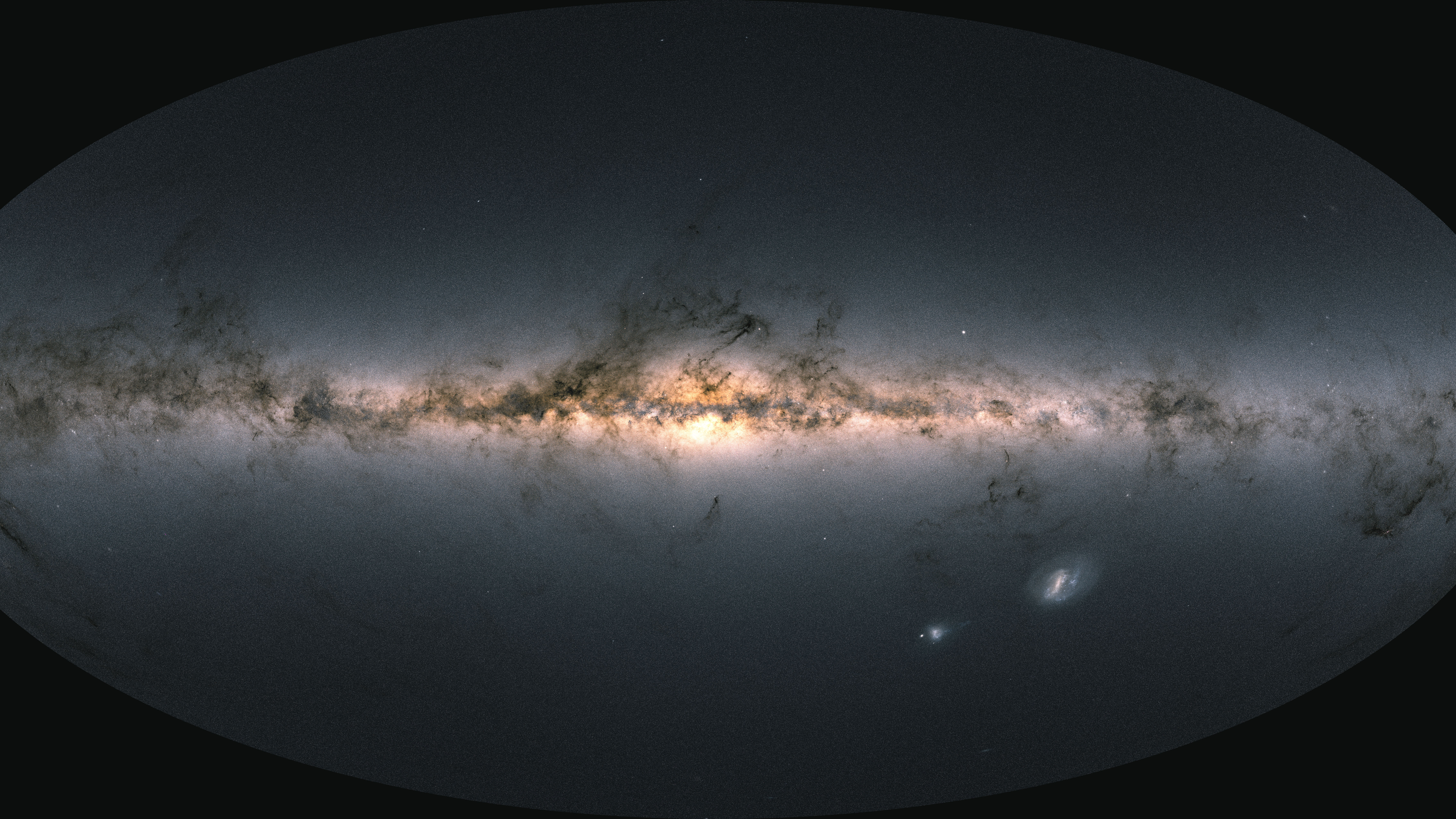 By studying light from hundreds of thousands of stars in the Milky Way, scientists have revealed where the pieces that make up our galaxy came from.

In a new study, scientists broke the light coming from 600,000 stars into spectra that determine the stars’ chemical composition. In doing this, they were able to reveal which groups of stars are at home in the Milky Way and which are interlopers with other galactic origins.

“The Milky Way ate up lots of smaller galaxies but, until recently, we did not have enough evidence of that to say for sure,” Sven Buder, an astrophysicist at the Australian National University in Canberra and lead author of the new study said in a statement. “That’s because simple images of stars in our Milky Way look the same – whether they were born inside the galaxy or outside and then blended into the galaxy.”

For some time, data from the European Space Agency’s (ESA) Gaia mission showing the motion patterns of stars has indicated that there are many populations of stars in the Milky Way that were not born there. This data has shown that some groups of stars move in different directions than the rest, suggesting that they could have arrived from outside of the galaxy.

Buder and his collaborators used the Anglo-Australian Telescope (AAT), a 13-foot (3.9-meter) optical telescope at the Australian Astronomical Observatory in Sydney, to split the light of those stars into a spectrum of individual colors. By studying these colorful spectra, scientists can see the differing chemical compositions of the observed stars.

“By ‘scanning’ these stellar barcodes, we measured how abundant 30 elements, such as sodium, iron, magnesium, and manganese, were, and how they appeared in different concentrations depending on where the star was born,” Buder said in the statement.

Stars that originated in the Milky Way appear greener, the scientists said in the statement, while those from outside glow in yellower shades.

The astronomers believe that understanding the origins of stellar populations in the Milky Way may help solve further mysteries of the galaxy’s structure and composition.

The cataclysmic collisions that some billions of years ago mixed up the fledgling Milky Way with other galaxies may have pushed stars around in a way that we can still see today.

Astronomers know that in the band of the Milky Way, which is visible in the night sky from Earth, older stars are separated from younger ones, but they have not yet figured out why.

“When we look at [the Milky Way], we are looking at two populations of stars, one much older than the other,” said Buder. “The old stars have moved so they look like they bulge out of the main plane of the Milky Way, while the younger stars form a much thinner band in the plane.”

He added that past galactic collisions could have been the cause why these two groups of stars are separated in this way.

“Although the Milky Way is our home galaxy, we still do not understand how it formed and evolved,” he said.

The study was published in the February issue of the journal Monthly Notices of the Royal Astronomical Society.