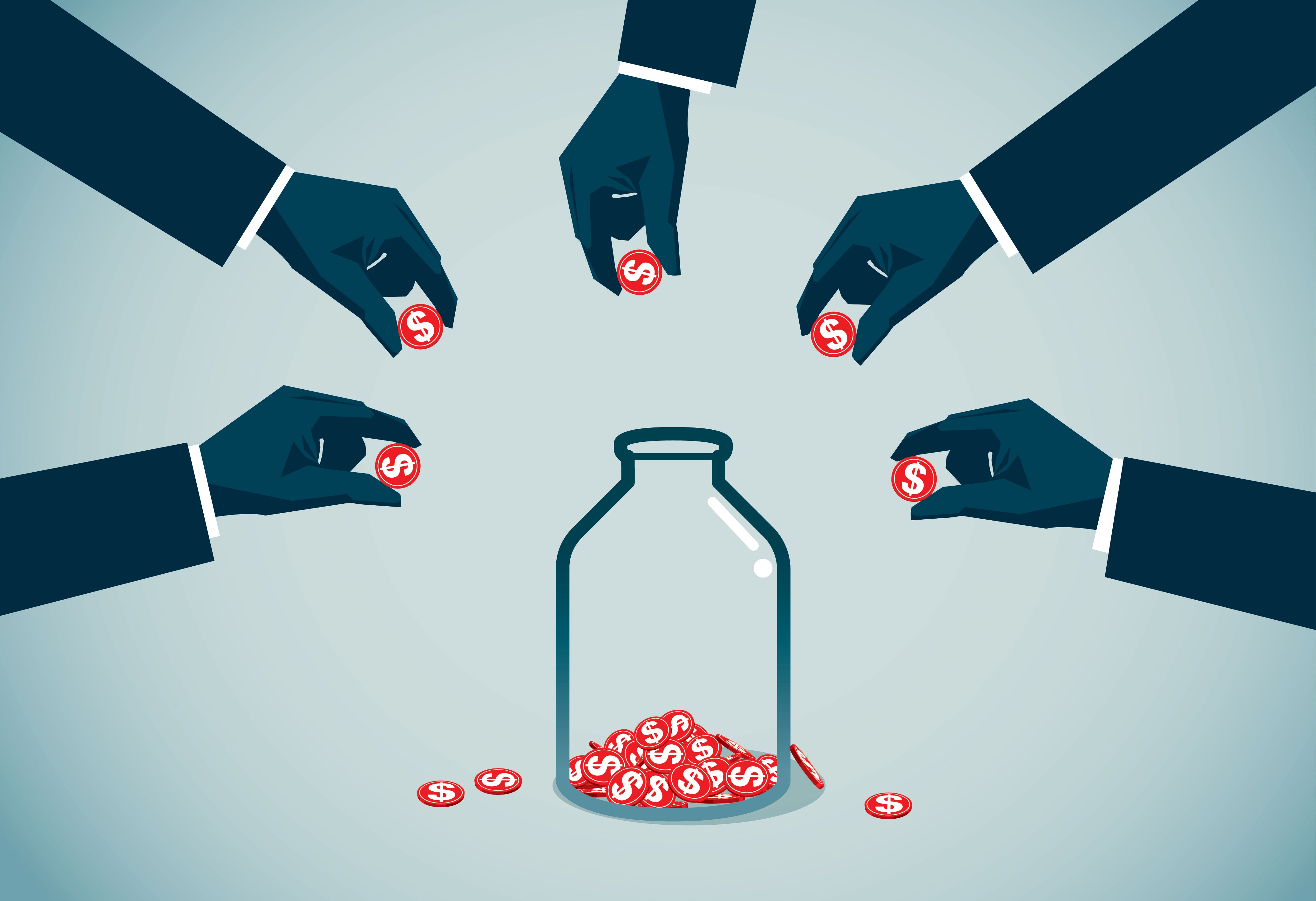 Many of us are familiar with crowdfunding: donating money to people and their projects using one of many platforms on the internet. During the pandemic, people have sought help through crowdfunding in record numbers, making the activity seem like a de facto part of the American safety net.

Some of these campaigns are truly transformative. Brandon Stanton, of the Humans of New York project, whose initial goal was to photograph and tell the stories of 10,000 New Yorkers, started a GoFundMe campaign for Kasson, a young man he interviewed who had been blinded in an attack. Kasson’s campaign has raised more than $675,000 from nearly 23,000 donors since late 2021. Contrast that with the story of Jim (whose name has been changed to protect his privacy), who didn’t have the benefit of such exposure. A single father of a disabled son, Jim wrote that after his own medical crisis, he needed help “to not lose our home.” Jim was asking for $2,000 to avoid eviction. He did not get a single donation.

While stories like Kasson’s are more well-known, our research into this new form of charity has revealed, distressingly, that many campaigns end up like Jim’s. GoFundMe and similar platforms have been largely unsuccessful in solving financial problems for most of the people who use them, and technological fixes will likely not make a big difference.

We have found that nine out of 10 campaigns do not reach their financial goals, and the median campaign typically raises only a few thousand dollars. Troublingly, we’ve found that in 2020, one third of medical campaigns received no donations at all. Meanwhile, top campaigns of many types on the site can raise millions of dollars from thousands of donors. These statistics begin to paint a picture of widely divergent fates in the crowdfunding economy.

We also found that crowdfunding works best for people with very large social media followings. Kasson’s story, for example, appealed on its own merits, but his campaign benefited enormously from Brandon’s extensive social media networks. There are a few key reasons why this is.

Before a worthy crowdfunding campaign can receive a donation, it must first get a donor’s attention, typically via a post on a social media platform like Facebook, Instagram or Twitter. But our attention is a limited and valuable commodity, and we simply don’t have the capability to prioritize the enormous volume of content available. So, these platforms choose for us, highlighting via their algorithms a limited selection of campaigns based on factors like popularity, alignment with our interests, geographic or social proximity, when the content was created, or what advertisers pay for.

In this so-called “attention economy,” we often feel overwhelmed by the amount of content we see while also failing to recognize that what we do see is but a tiny, highly curated fraction of the content on the platform. What this means is that only a few crowdfunding campaigns ever reach large audiences, and that audiences are far more likely to see already trending or successful campaigns, like the one for Kasson, than unsuccessful ones, like Jim’s.

At the same time, campaigns work moderately well for those who have high-income friend networks. People tend to have social ties to those who are similar to them in economic, educational and cultural terms; social scientists call this “homophily.” For example, people who live in wealthier areas are more likely to have rich friends than people who live in poor areas. Those with social networks full of rich friends are able to tap into deep and wide networks of wealth. We recently found that campaigns started in counties where the median income was in the top 20 percent earned more than twice as much as those started in counties in the bottom 20 percent. When it comes to crowdfunding, social networks amplify income inequalities.

These effects are not the result of differences in generosity, but of differences in income and resources. In fact, research routinely finds that Americans with the lowest incomes are the most generous. A recent survey found that nearly 40 percent of those donating to crowdfunding campaigns had household incomes of less than $60,000; more than a third were without work when they donated. But without significant income to draw on, these donations are often small, and spread out among a larger number of people in one’s social network who may be asking for help.

At the end of 2021, GoFundMe wrote in its annual report, “If 2020 was a year of crisis, 2021 was The Year of Gratitude.” It might be more accurate for GoFundMe to state that in 2021, we were generous, but it wasn’t enough to keep more vulnerable people out of crisis. Countless campaigns appeal to a crowd that never appears, and which may not ever see their request for help.

Campaigns like Jim’s, and the 90 percent that are unfunded or underfunded provide a haunting record of lives slipping through yawning cracks in our social safety nets.

It’s tempting to think that tweaking algorithms or shifting how our attention is directed might help these problems. But given crowdfunding’s reliance on enormous social media platforms, it’s naive to expect that technological tweaks could counteract the entrenched effects of income inequalities, social network disparities and social media dynamics. Crowdfunding as a safety net is simply too full of holes, and those who need the most help fall through most often.

GoFundMe itself understands that it cannot provide an adequate fix to the unmet basic needs that fill its site. In February 2021, its CEO, Tim Cadogan, implored Congress to pass further pandemic aid, arguing “we can’t do your job for you.” Unless legislators decide to extend and expand essential support programs like the Child Tax Credit, Americans will continue to seek help online, where successes are few and inequalities are more often amplified than ameliorated.