You may have experienced an unsettling amount of swaying and wobbling if you’ve been on a bridge with large numbers of pedestrians traveling over it at the same time. Now, we have a fascinating new explanation for what causes this worrying movement in the structure.

Until now, the thinking went as follows: people fall into step with each other while they’re walking, causing a synchronized pendulum effect as everyone moves from left foot to right foot and back again. This is known as the Kuramoto model.

However, the new hypothesis puts forward evidence that bridge oscillations can begin with many pedestrians walking with their own individual rhythm instead. Then, once the swaying starts, each person tries to stay upright, with these adjustments destabilizing the bridge even further.

“They will adapt their motion both laterally and in a forward direction in response to the shaking of the boat. In particular, they will slow down their forward motion.”

The transfer of energy to the bridge from the footsteps, and the subsequent rocking of the bridge, is an example of negative damping – very small vibrations causing much larger end results. The researchers compare it to a rusty swing in a playground, that can eventually be made to move if enough people apply force to it.

The team crunched the numbers using observations of different bridge swaying events, experiments and modelling to reach their conclusions, although some events were recorded in more detail than others. Few of the records mentioned pedestrians walking in sync.

It was the Millennium Bridge in London – which closed for two years due to excessive wobbling – that was used as the primary case study for putting forward the Kuramoto model as an explanation. Video analysis did indeed show heads and torsos of pedestrians moving together, like a wave of momentum. 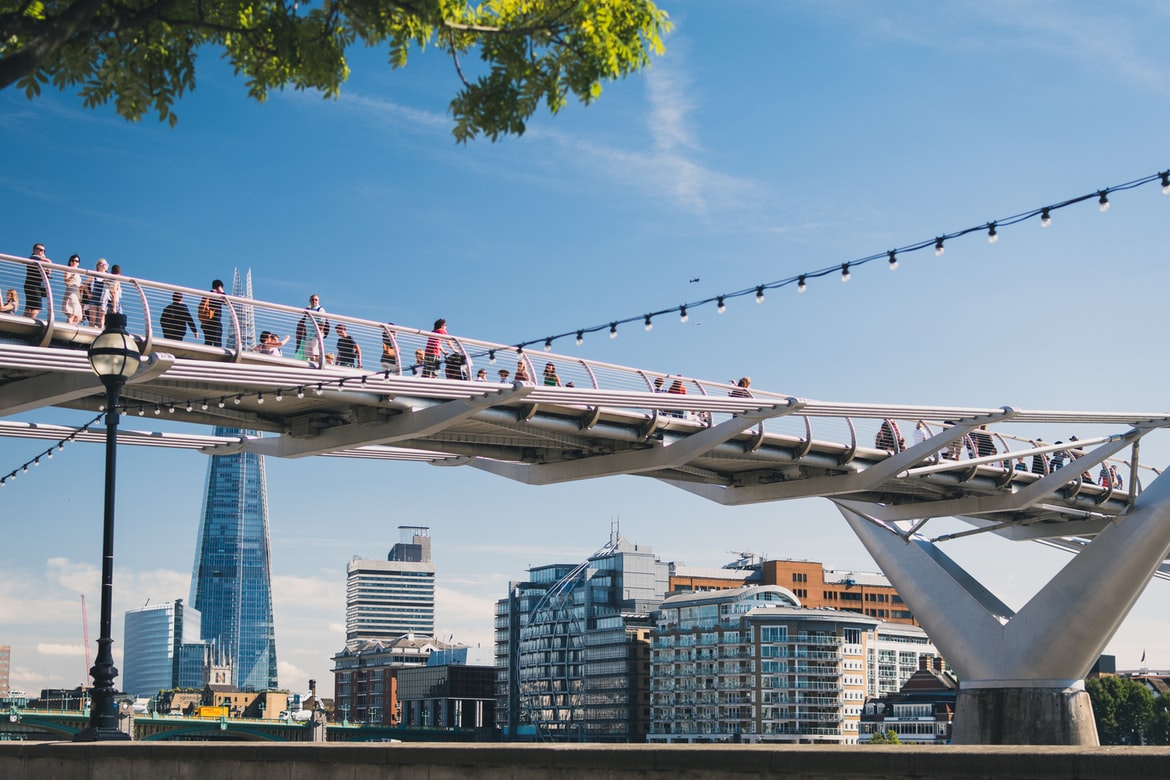 “This explanation was so popular, it has been part of the scientific zeitgeist,” says Belykh.

Another well-known bridge swaying incident occurred in 2003, when an East Coast blackout caused so many people to walk over the Brooklyn Bridge in New York that it started to oscillate significantly. Pedestrians reported feeling seasick and unable to keep their balance if they stood still.

In the course of their calculations, the researchers found that bridges in general are likely to be more vulnerable to swaying than previously thought.

To further back up the explanation that naturally varying footsteps rather than synchronized walking causes this effect, the researchers want to do more work on the movement of people in crowds.

As earlier work from the team has outlined, there is a threshold for each bridge after which oscillations begin (it’s about 165 people for the Millennium Bridge, by the way). In the future, engineers could figure this out in advance and tweak their designs as needed, although it’s not easy to calculate.

“Bridge designers should be aware there could always be dangerous instances of negative damping,” says Belykh.

“Our formula provides useful estimates, given the expected number of pedestrians using a bridge.”

The research has been published in Nature Communications.