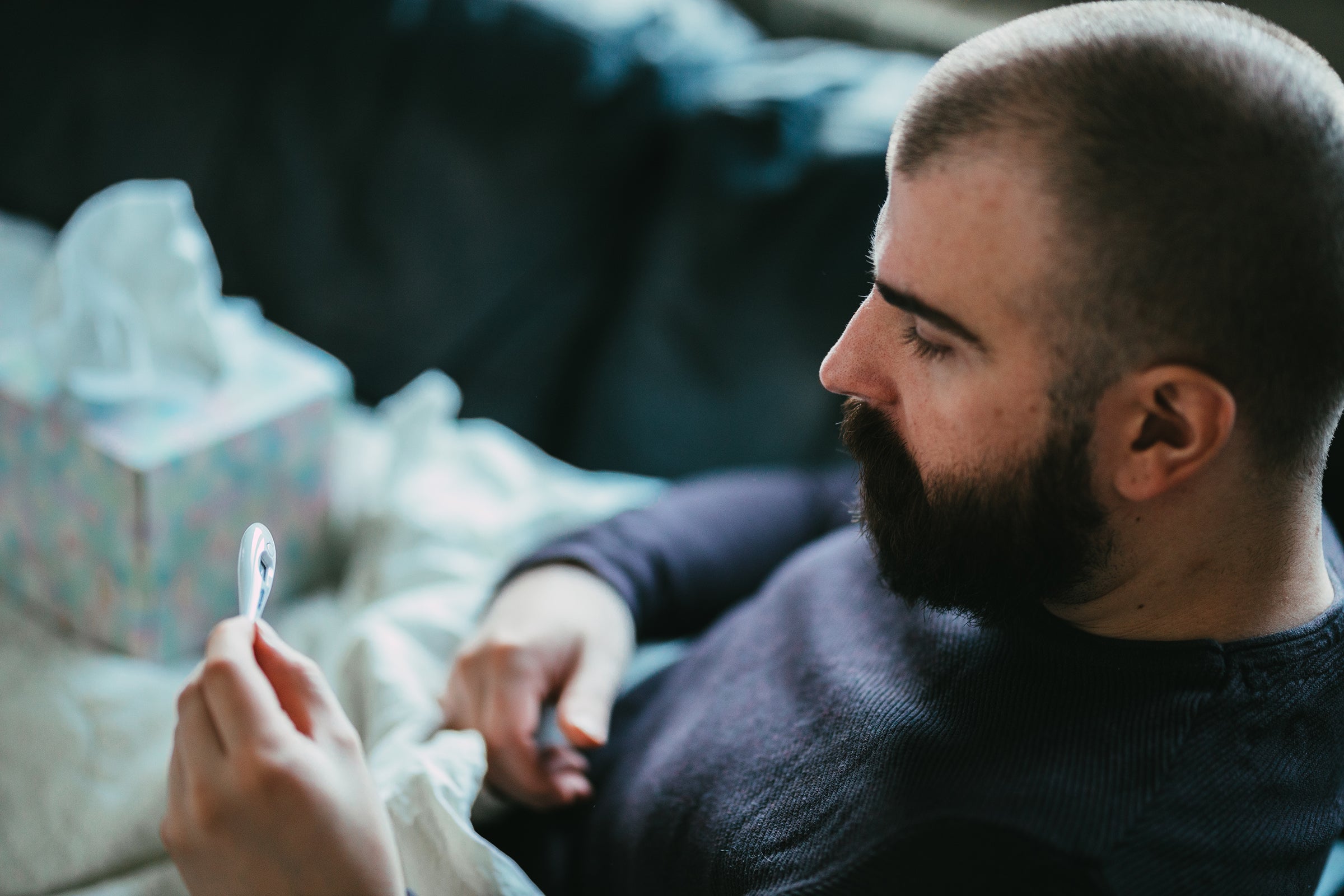 A feared “twindemic” of influenza and COVID never came to pass last year, but the outlook for such a confluence this winter is resurfacing similar concerns among epidemiologists and other infectious disease experts. Flu cases started to tick up in October and November, and those months saw an outbreak at the University of Michigan at Ann Arbor. These early signals suggest that, in the coming weeks, seasonal flu could wreak some havoc—especially in hospitals—simultaneously with the national surge of the novel coronavirus, or SARS-CoV-2.

Public health officials agree that last year’s flu season was a no-show because of COVID mitigation measures, including less travel, increased working from home and remote schooling, mask wearing and social distancing. The combined restrictions and limits on social interactions prevented flu from gaining a foothold, says Lynnette Brammer, the U.S. Centers for Disease Control and Prevention’s team lead for domestic influenza surveillance. This winter many pandemic restrictions have loosened or been lifted entirely, creating an opening for influenza and other respiratory viruses.

Current flu infection rates nearly match the expectations of the CDC for this time of year, Brammer says. “This looks like a regular start of a flu season,” she adds, noting that most outbreaks so far have been in young adults (particularly on college campuses) and that now the virus now is spreading to older adults. U.S. influenza mortality rates vary from season to season. The viral disease caused an estimated 20,000 deaths and 380,000 hospitalizations in 2019–2020. The most recent severe season, 2017–2018, is estimated to have killed 52,000 people and hospitalized 710,000.

Like COVID, flu can have serious long-term effects, says Melissa Andrew, an associate professor of medicine at Dalhousie University in Nova Scotia. “Influenza is an important trigger for heart attacks and strokes. And in older people, it can cause delirium,” she says. Delirium, also a risk factor for dementia, can lead to cognitive decline and can increase the risk of falls and hip fracture. “So it’s really important to remember not just the short-term impacts of an infection like influenza but the longer-term ones,” Andrew says.

Speculations about “flurona” emerging as a Frankenstein-like single pathogen combining flu- and COVID-causing viruses are nonsense—but it is possible to develop flu and COVID infections at the same time. “Either one of these diseases can be very bad in people who are susceptible, and if you put them together, it can only be worse. But we know very little about it,” says Edward Belongia, director of the Center for Clinical Epidemiology & Population Health at the Marshfield Clinic in Wisconsin. “Sadly, we may find out this winter.”

Some looming concerns could pertain more to larger systems instead of individuals. Before the pandemic, hospitals and their emergency departments would fill up annually during the winter viral season, Andrew says. “Now we’re seeing hospitals getting overwhelmed with these waves of COVID, but everybody else still needs their regular care, too. If we get a wave of influenza on top of that,” she adds, “we could be in for quite a ride.”

Even a mild flu season, Belongia says, could take a “health care system that is already at the tipping point and tip it over even further,” with severely ill flu patients competing for resources with very sick COVID patients.

A positive note is that flu appears to have returned without one of the four subtypes that typically circulate every season. A lineage of influenza B viruses, called Yamagata, has been missing in action for nearly two years. Unlike influenza A viruses, influenza B viruses almost exclusively infect humans, so researchers think the Yamagata lineage may have gone extinct.

There is another early signal of possibly milder outcomes: Current flu infections are hovering a little above those seen in the 2015–2016 season, which had one of the lowest death counts from influenza in the past nine years. Flu seasons vary greatly in how they play out, Belongia says.

Flu vaccination campaigns took a back seat to COVID-19 vaccinations this past fall. And while flu vaccine uptake is currently similar to what it was at this time last year in most of the country, it is lower in some jurisdictions, according to the CDC’s flu vaccination dashboard. Officials are most concerned about coverage among the most vulnerable groups, including children and pregnant people, whose vaccination rates are currently lower than they were at the same time last year. By the end of October just more than a third of older adults on Medicare had been vaccinated, compared with 49 percent at that time in 2020 and 42 percent in 2019.

Manufacturers reformulate the flu vaccine each year to include the four viral strains that the World Health Organization and U.S. Food and Drug Administration anticipate will predominate in the coming season. It is still unclear whether this season’s vaccine strains will closely match the viruses that are circulating. A December 2021 preprint study identified changes in the currently circulating H3N2 strain that differ enough from the expected one used for this year’s flu vaccine to potentially reduce the effectiveness of the shot.

The slight mismatch is unsurprising because the committees that selected the vaccine’s flu strains had limited data on the latest strains—a result of minimal influenza circulation for almost two years—says Kawsar Talaat, an associate professor of epidemiology at the Johns Hopkins Bloomberg School of Public Health.

On top of that, flu vaccines have historically provided less protection against H3N2 than other strains, and H3N2 evolves faster than H1N1 and B strains, Talaat says. “But even in very mismatched years, being vaccinated still protects you against severe disease and hospitalization,” she adds. “So it’s still better than not being vaccinated.”

The flu-season gap year in 2020–2021 also may have left our immune system less prepared, setting us up for a more severe season this time around, some experts say. Typically, each season, millions of people produce antibodies after encountering that season’s flu strains. But much of that immunologic priming did not happen last year.

“We have a population of people who are more susceptible and whose immune systems haven’t really seen a flu virus for a couple of years or more,” Belongia says. “In that setting, you want all the protection you can get and to give your immune system a head start with the vaccine.”

Higher rates of flu vaccination can also help reduce the burden on the already severely strained health care system, Brammer says. “That’s one of the many reasons we want to encourage people to get vaccinated against flu,” she says.

It bears repeating that behaviors aimed at lowering the risk of a SARS-CoV-2 infection also help prevent flu, Talaat says. “Do the things that we know work against all of these viruses,” she adds. That means ensuring you have received the COVID and flu vaccines and, if eligible, the COVID booster shot and the pneumonia vaccine, Talaat says. The CDC recommends the pneumonia vaccine to adults age 65 and older and children younger than age two, as well as others with certain medical conditions.

Although flu is not as contagious as SARS-CoV-2, social distancing and mask wearing still reduce flu transmission, as does frequent and meticulous hand hygiene. If people develop the symptoms common to flu and COVID (such as fever, cough, congestion and body aches), most clinics can run tests that look for COVID and flu at the same time. The main reason to test for flu is to treat it with antivirals and thereby reduce the risk of severe disease, hospitalization and death, Brammer says.

If nothing else, like the past two years, the 2021–2022 flu season will be a learning experience. “Just like COVID, nobody really knows what’s going to happen next” because the past six months alone have been unprecedented, Belongia says. “It really has given us a lot of humility that, for all of our knowledge of immunology and virology, really nobody had a clue what was going to happen next.”