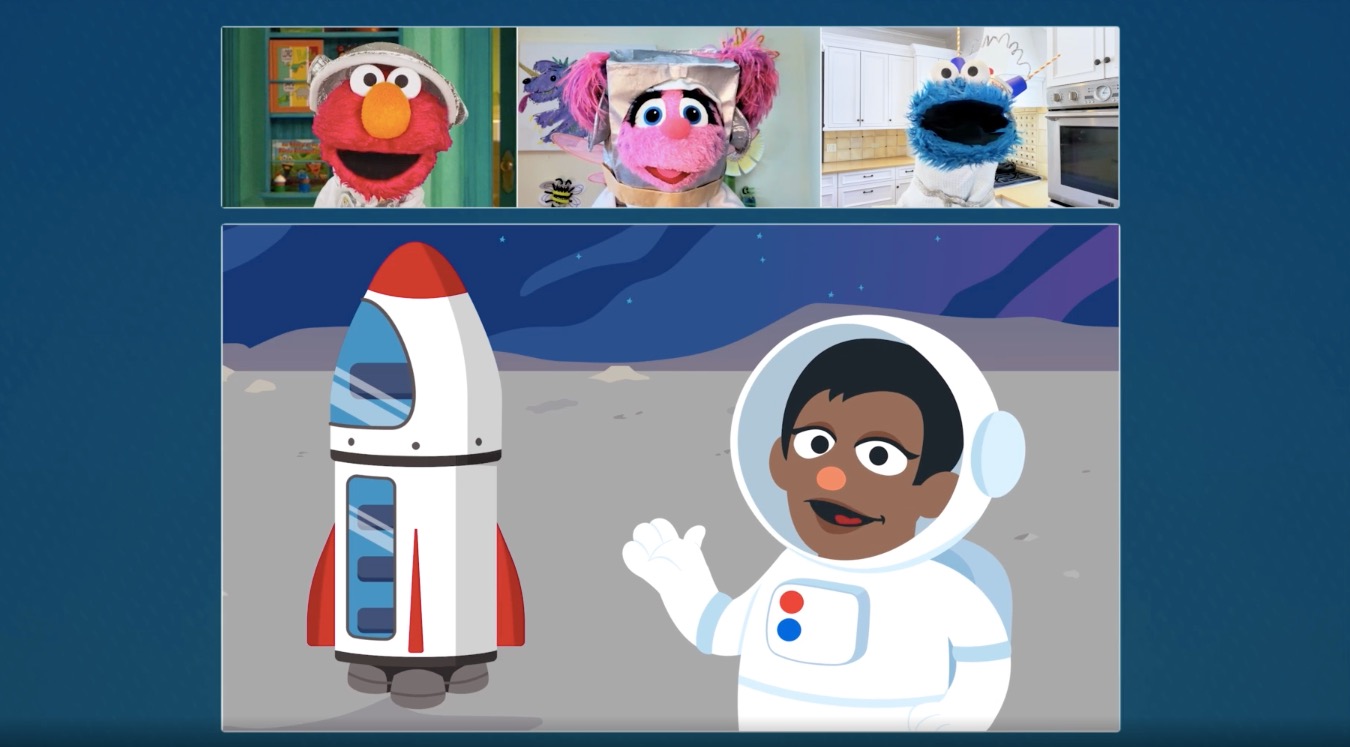 The “Sesame Street” friends got a pretty good guide to lead them on their latest space adventure.

She appears in an 11-minute clip that also features “Sesame Street” residents Elmo, Cookie Monster and Abby Cadabby. The Muppet trio team up to play a space video game, which requires their cartoon avatars to complete a moon quest laid out by a cartoon version of Jemison.

“Greetings, Astro Team Alpha!” the animated Jemison, clad in a spacesuit and standing next to her rocket on the moon, tells Elmo, Cookie Monster and Abby.

“It’s time to go home, but my rovers, which I drive to explore the moon, are way over there,” she adds, pointing to three lunar vehicles parked on the gray dirt. “Your mission, astronauts: drive the rovers back to the rocket ship before it’s time for us to blast off for home. Can you do it?”

Elmo and Abby express excitement and confidence, but Cookie Monster has a slightly different response: “It sound a little complicated, but me give it try.”

Acing this mission will require teamwork and problem-solving skills. You’ll have to watch the entire clip, and not just the exclusive two-minute teaser above, to see if the Muppets can pull it off.

Jemison has never been to the moon in real life, but she does have a trip to Earth orbit under her belt. In September 1992, she became the first African-American woman ever to reach space, spending eight days in the final frontier on the STS-47 mission of the space shuttle Endeavour.

She left NASA in March 1993 and has done a variety of interesting things since. For example, Jemison, a trained medical doctor, taught environmental studies at Dartmouth for seven years and led the 100-Year Starship project, a U.S. Defense Advanced Research Projects Agency (DARPA) initiative that aimed to spur the research and technology development needed to help make human interstellar flight a reality within the next century.

Jemison has also long been a strong advocate for STEM (science, technology, engineering and math) education and for science in general. She’s written multiple books. And she’s made high-profile TV appearances before. In 1993, for instance, she guest starred on an episode of “Star Trek: The Next Generation.”

Jemison led a very interesting life before reaching space as well. For example, while attending medical school at Cornell University, she provided care to needy people in Cuba, Kenya and Thailand. She also worked as a medical officer for the Peace Corps in West Africa in the early 1980s.

“Sesame Street” is currently in its 52nd season. New episodes air every Thursday on HBO Max, and the season will stream for free on PBS Kids this fall.