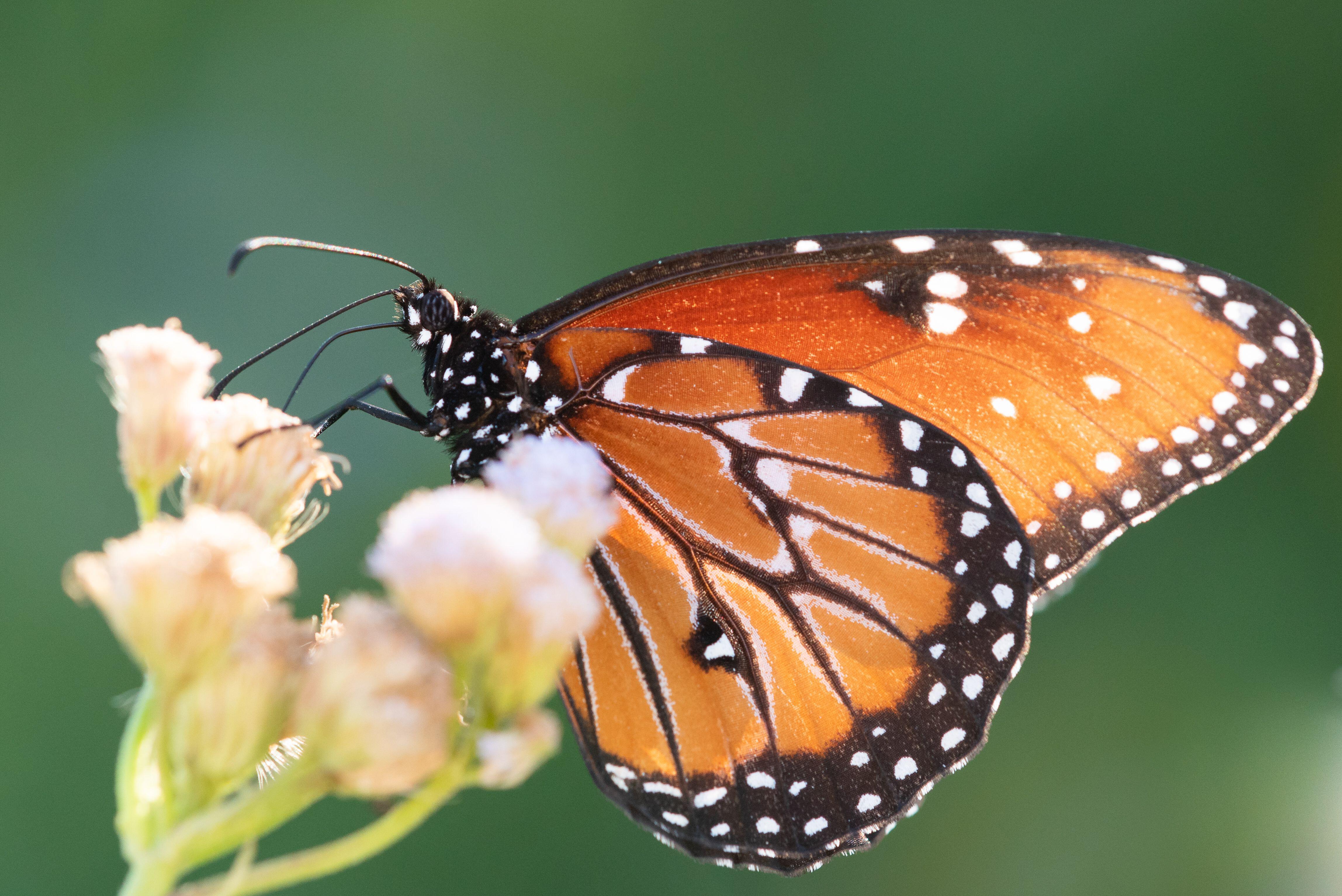 In the United States, the best place to see butterflies is also one of the places where President Donald Trump tried to build his border wall: the Lower Rio Grande Valley of Texas. This part of Texas is also one of the most economically disadvantaged places in the country. Because of this confluence of the wealth of the natural world and the needs of the human world, we built the National Butterfly Center in the valley, hoping it would promote both the conservation of butterflies and the well-being of humans.

But now, spurred by hate groups tied to Trump’s border wall, deranged people have attacked the center and our employees, and more recently, grifters have live-streamed these groups’ absurd sex-trafficking lies. On February 2, we had to close our doors to protect our staff and our visitors. The North American Butterfly Association (NABA), of which I am the president, is acutely aware of how conspiracy theories can fuel violence.

When our doors close, the people who lose out are the 6,000 local school children who visit the center each year. Over 40 percent of the children of this area live in poverty, and the center gives them one of their few chances each year to interact with nature in a warm and supportive environment. They have fun, and we try to enrich their lives by teaching them about the importance of butterflies and the habitats upon which they depend.

As we work to reopen, I want to urge people to visit the National Butterfly Center to support our work to conserve butterflies. I also want them to understand that, however ludicrous the claim, misinformation and political conspiracy theories can seriously threaten conservation and education.

The National Butterfly Center started in 2002 with an empty onion field. Since then, we’ve grown the center to 100 acres, containing thousands of plants of more than 200 species that are native to the Lower Rio Grande Valley. In turn, these plants have attracted many hundreds of thousands of approximately 240 butterfly species. As many as 200,000 individual butterflies of 100 species have been seen in a single day.

The plants, the butterflies and the other wildlife now there—including teeming bird life, bobcats, diverse native bees and dragonflies—attract more than 30,000 visitors from around the world each year. And, ecotourism in South Texas is estimated to generate about $500 million for the local economy per year. The center’s work isn’t just about butterflies; we are trying to conserve what little is left of the natural habitat in this part of Texas, which has disappeared because of agriculture and rapid population growth.

We never intended to get caught up in politics, but political machinations forced our hands.  The butterfly center is located on the U.S.-Mexico border. In 2017, the U.S. government started to build a wall through the center’s land, without first purchasing it or going through the legal proceedings required for eminent domain. So, NABA, not wanting the center to be cut in half, sued the U.S. government to halt construction. We were threatened even then by groups supporting the wall.

In 2019, the people behind one of the pro-wall groups, We Build the Wall, started inventing malicious lies that the center was a “sham” operation and what it really was doing was sex and drug trafficking. This group’s leaders were later indicted for defrauding their own supporters out of millions of dollars in their sham crusade to build a wall.

But it didn’t matter. Their unbelievable claims stuck. The National Butterfly Center’s Executive Director Marianna Wright told a reporter, “We did initially laugh because we thought, ‘This is so preposterous, no one in their right mind would believe any of this.’ But then we quickly realized that millions of people believe it. And that was very frightening. So, there’s really not much to laugh about anymore.”

For as long as we can, NABA will continue paying all butterfly center employees during the shutdown. But in the meantime, increasing numbers of visitors and schoolchildren will be denied an important educational experience at a nature preserve that has been described by the New York Times as “a place of wonder along the banks of the Rio Grande, attracting curious visitors and nature enthusiasts from around the country.”

The need to deal with the threats of violence has already affected the ability of the butterfly center to continue its critical conservation work. By closing, we have had to stop our cultivation and propagation of endangered plant species that support butterfly populations.

Many people are drawn to butterflies because of their beauty, their gracefulness, the ephemeral nature of their lives, and because of the seemingly magical transformation from caterpillar to adult butterfly.

Fewer people, however, realize that butterflies play significant ecoservices roles. Butterflies are important pollinators of native plants and for many plant species and genera—for example, flame azaleas and mock vervains—butterflies are the only, or almost only, pollinators. The caterpillars of butterflies and moths are probably the most important food source for North America’s nesting songbirds.

NABA uses this widespread love of butterflies as a critical gateway experience, encouraging growing numbers of people to enter the natural world as a prelude to saving it. The goal of association is to conserve butterflies, and one of the ways to do that is to create a constituency that vitally cares about butterflies.

Thus, the thugs who threaten the butterfly center aren’t just coming after us. They also threaten and harm the people and the environment of the Lower Rio Grande Valley. We know what can happen; a conspiracy theorist shot and killed 23 people at a Walmart in El Paso; and accusations of child sex trafficking fueled the attack on Comet Ping Pong in Washington, D.C., in 2016. It’s not just a ruse for these conspiracy groups to raise money, but also to raise hell. Five years after all this drama started, we at NABA sit frustrated and in disbelief. When people gather millions of dollars by wrongly claiming that people they don’t like are raping babies, bad results are certain to follow.