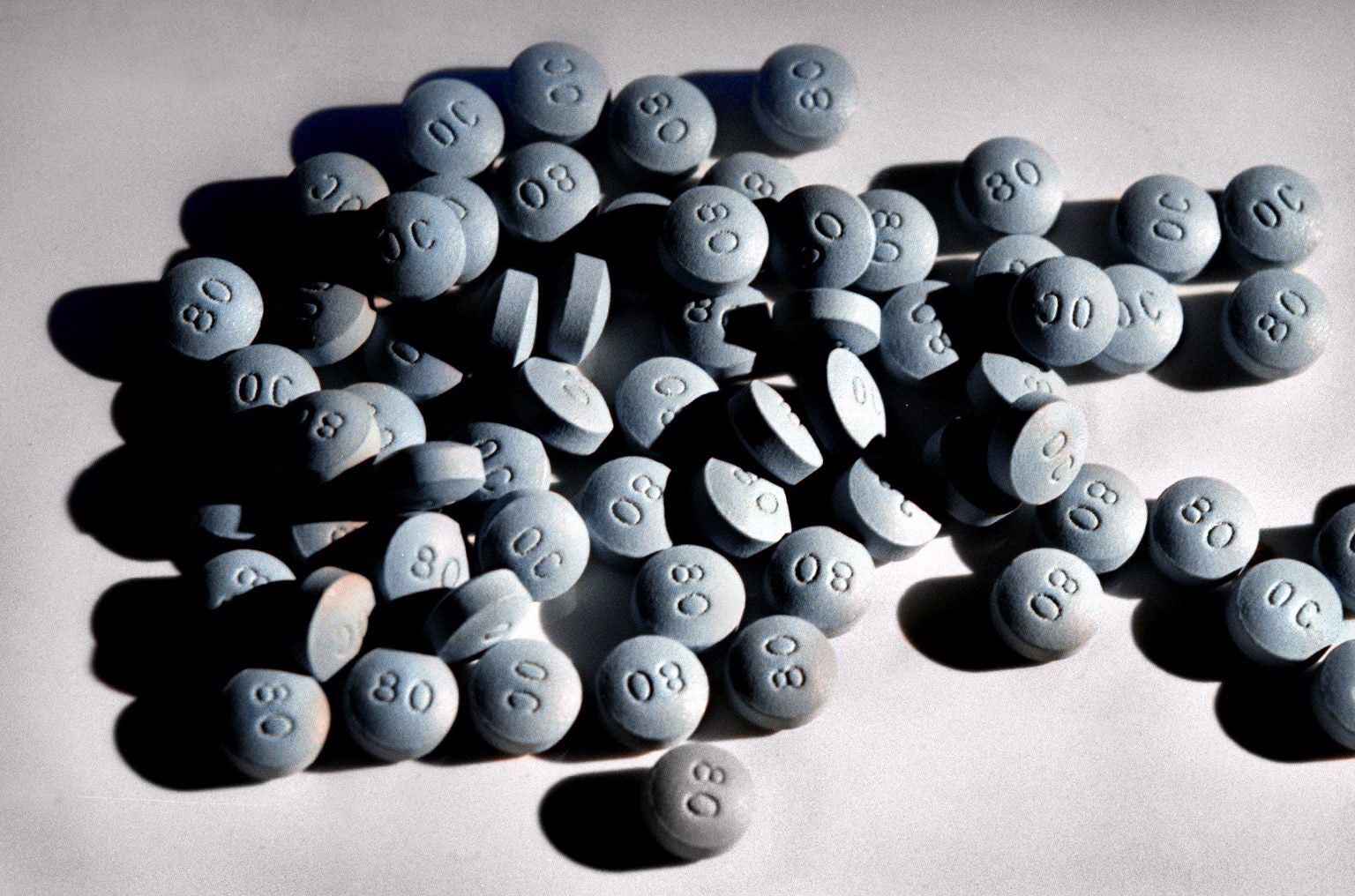 On March 1 the Supreme Court will hear arguments in a case that could have an enormous impact on American medicine. The case, which involves combined appeals from two doctors, Xiulu Ruan and Shakeel Kahn, is intended to resolve an important question that has had a chilling effect on both pain and addiction care. If the court decides against these defendants, people in the U.S. who are in agony may be unable to get needed relief.

The legal issue is this: Must prosecutors prove that doctors accused of overprescribing controlled substances intended to act as drug dealers? Or can physicians unknowingly violate the standards of care so severely that they cross the line into criminal behavior?

To many, the answer is obvious: if doctors genuinely believe they are performing their duties as physicians and are following the law, they should not be charged with a crime. A surgeon, for instance, might do something that leads to a patient dying on the operating table, but in order for malpractice to be deemed murder, prosecutors must prove that the death was caused by more than a slip of the scalpel.

With controlled substances, however—especially during an overdose crisis that has now taken more than 100,000 lives in a single year—these issues have become more complicated.

In the case before the Supreme Court, the two doctors were charged with distributing drugs for profit after law enforcement became aware that they were writing large numbers of opioid prescriptions. In Ruan’s trial, prosecutors presented evidence that the doctor dramatically increased his prescribing of a form of fentanyl after making a $1.6 million-dollar investment in the stock of its manufacturer. Testimony about Kahn showed that many of his patients were selling the drugs he prescribed to them and that he had written prescriptions without performing examinations. Kahn was also charged with causing the overdose death of a patient. Ruan, who practiced in Alabama, was sentenced to 21 years in prison; Kahn, in Wyoming and Arizona, got 25 years.

The Supreme Court will not determine whether the physicians are innocent or guilty; instead it will focus on whether they should have the right to defend their actions as being done in good faith—a right their lawyers claim was infringed on because of improper jury instructions.

The case comes out of the disastrous U.S. policy response to rising rates of prescription opioid overdoses, which more than doubled between 1999 and 2010 as prescribing rates skyrocketed. The ambiguity in the law and the rising death rates made it easy for prosecutors to target physicians—and those prosecutions had the intended effect of scaring many doctors away from prescribing opioids, regardless of their patients’ needs.

Unsurprisingly, this has had a harmful effect on pain care. A recent study found that between 2007 and 2017, opioid prescriptions for people with terminal cancer fell by nearly 40 percent, despite the fact that there is little connection between end-of-life care and the overdose crisis, and despite policies and standards that explicitly exempt such patients from opioid cutbacks.

The situation for people with intractable chronic pain is even worse: thousands have had their doses reduced or eliminated by doctors who fear prosecution for accidental drug trafficking. Research has shown that rather than reducing harm to patients, such cuts can dramatically increase their risk for suicide and overdose.

To top it all off, restrictions on prescription opioids have not reduced overdose deaths in general. Instead the number of deaths more than doubled between 2011 and 2020; in that same period opioid prescribing was cut by more than half, and it is now back to precrisis levels.

Addiction care is also undermined by this legal uncertainty. The only two treatments proven to reduce the death rate from opioid use disorder by half or more—methadone and buprenorphine—are themselves controlled substances. During an overdose crisis that is now driven by the illegal manufacturing and sale of fentanyl and other powerful synthetic opioids, experts agree that it is essential to make these medications more easily available.

But the Drug Enforcement Administration tends to see addiction clinics with few restrictions as pill mills. If a person with addiction can visit a doctor and get controlled substances without frequent urine testing, without the requirement of abstinence from other substances and without mandatory counseling, law enforcement may view that physician as a drug dealer, not a doctor.

Research, however, shows that even without these requirements—which often deter people from seeking needed help—the medications themselves save lives. The Supreme Court held over a different doctor’s case related to this issue so it can be reconsidered in light of the decision they make on Ruan and Kahn’s case.

Sometimes the difference between dealing and doctoring is obvious. If a physician sells controlled drugs for a fee (“doses for dollars”) without even the pretense of an examination or consideration of medical issues, or if a doctor trades drugs for sex or controlled substances for illegal drugs, it is clearly a crime.

This distinction is essentially written into the relevant law: for a prescription for a controlled substance to be legal, it “must be issued for a legitimate medical purpose by a practitioner acting in the usual course of professional practice.”

But aggressive prosecutions during the overdose crisis have blurred the lines between criminal behavior and malpractice. Courts have convicted physicians—including, their lawyers argue, Ruan and Kahn—for prescribing medication to more patients and in higher doses than other doctors do, not for deliberate dealing.

Prosecutors have based their cases in part on guidelines published by the Centers for Disease Control and Prevention in 2016, and they have argued successfully that dosing outside the amounts mentioned in the guidelines is “not a legitimate medical purpose.”

“We saw prosecutors using the CDC guidelines as evidence for their expert witnesses,” says Ronald Chapman, an attorney who specializes in defending physicians accused of improperly prescribing drugs.

“The government would target physicians for prosecution based on the amount of medication they were prescribing—not on patient outcomes or sort of general factors of dangerousness to the patient population,” Chapman adds, explaining that by searching through prescription-monitoring databases, law enforcement can simply designate the doctor who prescribed the most opioids to patients in a particular city or state as a criminal. “The doctors who ended up with the largest target on their back were the pain management professionals who were taking the most problematic patients,” he says.

Kate Nicholson is an attorney, person with personal experience of chronic pain and founder of the National Pain Advocacy Center, a nonprofit that does not accept industry funding. “The reason we got involved is because we’ve seen a chilling effect on patient care where doctors are not willing to exercise even their best medical judgment because they fear oversight,” says Nicholson, whose group filed an amicus brief in the Ruan case.

“It causes a race to the bottom,” Chapman says, explaining how pain specialists have abandoned patients or unilaterally cut their doses in order to avoid legal scrutiny. Nicholson and her fellow advocates say they hear frequently from patients who are in extreme distress because medications they have been prescribed safely for years were suddenly taken away.

In this particular case, the government contends that “a doctor who makes a mistake in construing or applying those standards is not criminally liable so long as he has made an objectively reasonable good-faith effort to learn and comply with medical norms. A doctor who fails to take even that modest step, however, has abandoned the medical profession altogether and cannot seek its shelter.” And, it argues, that is what these defendants did.

But the defendants—and amicus briefs from pain patient advocates, such as Nicholson’s organization, and others such as the Chamber of Commerce—argue that it is wrong to criminalize merely departing from the standard of care. If doctors believe they are practicing medicine and helping their patients, they should not be accused of being drug dealers subject to decades in prison. If the problem is that they are bad doctors, medical boards and malpractice charges can stop them from doing harm.

Because circuit courts are split on this critical question, the Supreme Court chose to take these two doctors’ cases and combine them into one to address it. Ideally, it will decide that convicting doctors for dealing does require mens rea—a guilty mind—and that a good-faith defense must be allowed when these cases are tried.

The CDC is also revising its 2016 guidelines, having recognized that their rigid application by physicians and use by prosecutors to target doctors is harming patients. (Comments on the new guidelines will be open until April 11.)

I hope these actions will begin to put an end to the enormous damage currently being done to people with chronic pain who require opioids.

The conservative majority on the Supreme Court is, unusually, likely to benefit the defendants in this case. Conservative jurisprudence tends to favor mens rea requirements for businesspeople charged with crimes. With the Supreme Court’s help, perhaps America can finally find a true balance between restricting the use of potentially dangerous drugs and allowing those who benefit from them to have appropriate access.