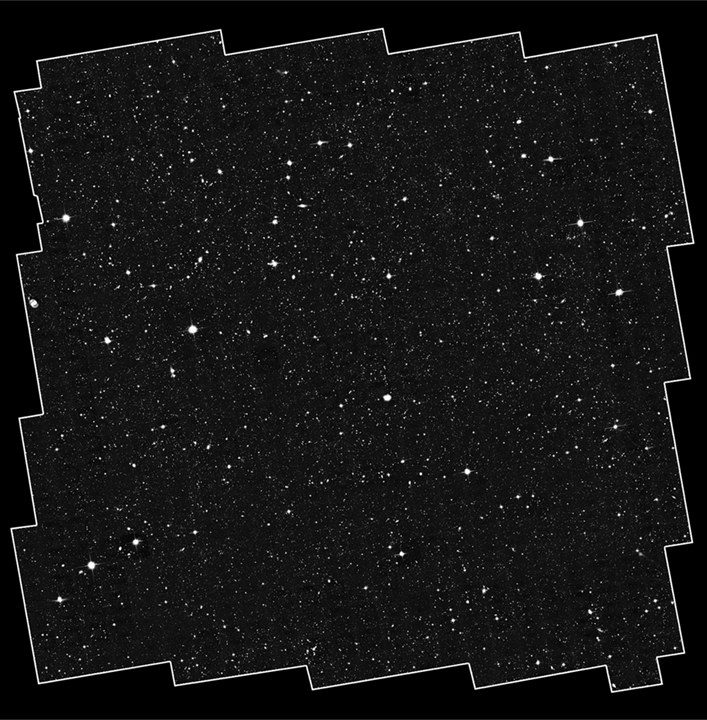 It’s been nearly 350 years since Sir Issac Newton wrote, “If I have seen further it is by standing on the shoulders of giants,” but the sentiment certainly holds true today.

Newton’s wisdom is exemplified by a grand project called the Cosmic Evolution Survey, or COSMOS. COSMOS builds on the legacy of the Hubble Space Telescope, but NASA’s James Webb Space Telescope will continue the observations during its first year of operations in a program called COSMOS-Webb. Founded in 2002, COSMOS originally utilized Hubble to image an area of the sky equivalent to 10 moons wide. The program later grew to include ground-based observatories working across multiple wavelengths of light.

“COSMOS has become the survey that a lot of extragalactic scientists go to in order to conduct their analyses because the data products are so widely available, and because it covers such a wide area of the sky,” Rochester Institute of Technology’s Jeyhan Kartaltepe, assistant professor of physics and co-leader of the COSMOS-Webb program, said in a statement.

Now, a second space-based observatory will join the endeavor. Over some 200 hours of observation time during its first year, Webb will image half a million early galaxies for the survey. It will use its Near-Infrared Camera (NIRCam) to map a subset of Hubble’s COSMOS field about three full moons in size. Webb will also map a separate, smaller area with its Mid-Infrared Instrument (MIRI).

“COSMOS-Webb is the next installment of that, where we’re using Webb to extend our coverage in the near- and mid-infrared part of the spectrum, and therefore pushing out our horizon, how far away we’re able to see,” Kartaltepe said.

The goal of COSMOS-Webb is threefold: to examine the Epoch of Reionization and the very earliest stars; to search for early, fully evolved galaxies; and to study the evolution of the mysterious substance scientists call dark matter within galaxies’ stellar content.

“Because we’re covering such a large area, we can look at large-scale structures at the dawn of galaxy formation,” Caitlin Casey, an assistant professor at the University of Texas at Austin and co-leader of the COSMOS-Webb program, said in the statement. “We will also look for some of the rarest galaxies that existed early on, as well as map the large-scale dark matter distribution of galaxies out to very early times.”

Of course, Webb still needs to become fully operational before COSMOS-Webb can proceed. The telescope is currently adjusting its mirror and calibrating its instruments; NASA expects it to begin science observations this summer.