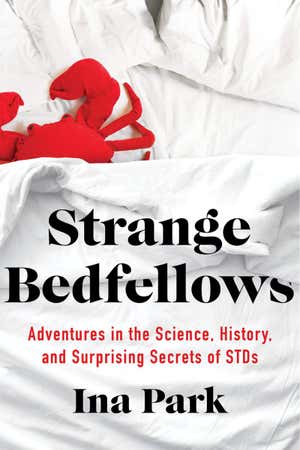 Strange Bedfellows accompany many of us through our lives, yet most of us know next to nothing about common sexually transmitted infections. Ina Park aims to change all that in this upbeat look at the science of STIs.

Audubon’s Birds of America is a chance to see this rare, hand-coloured natural history book and to learn more about its controversial creator, John James Audubon. It is on show at the National Museum of Scotland in Edinburgh from 12 February.

Death by Shakespeare sees chemist Kathryn Harkup reveal the science behind some of the grisly methods used by the Bard to kill characters in his plays. Online talk by the Royal Institution on 10 February at 7pm GMT.