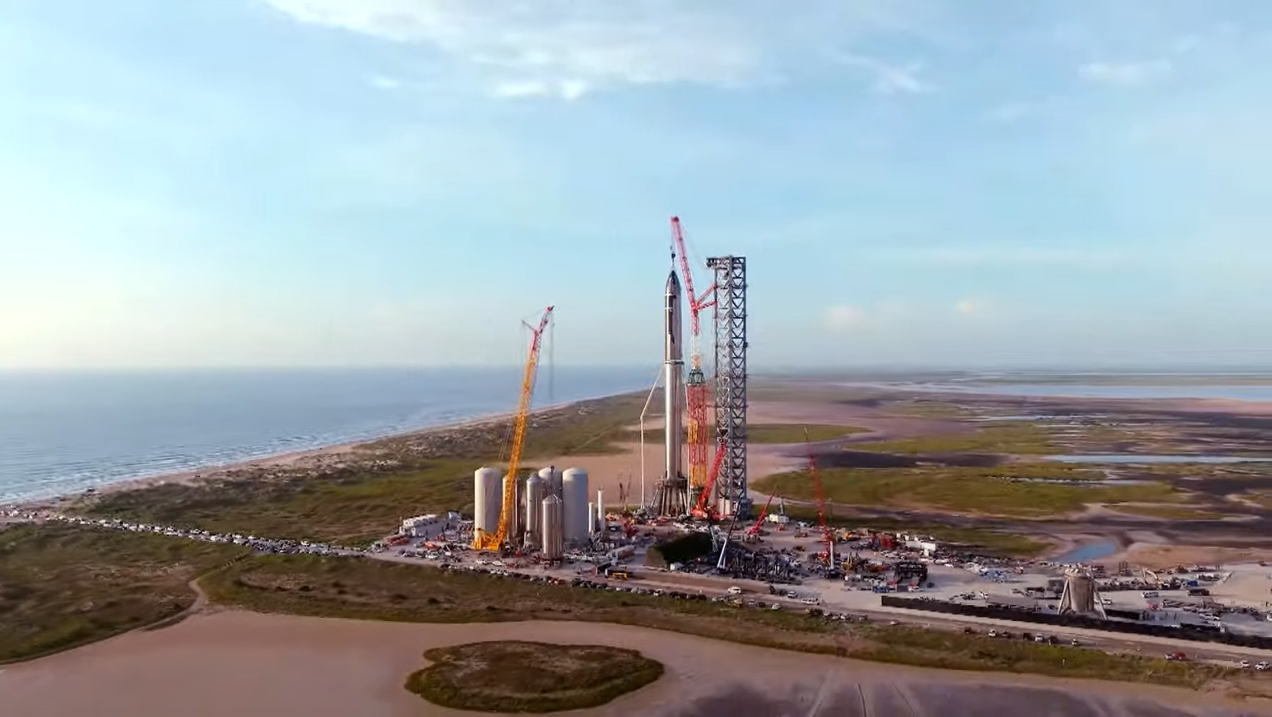 A stunning drone video from SpaceX shows the company taking apart the fully stacked Starship it plans to launch into orbit later this year.

The waterside view on Twitter, posted Saturday (Feb. 19), shows the giant Starship rocket on a crane next to the Super Heavy booster that will attempt the company’s first orbital flight.

That flight can only take place, however, pending a positive result of a long-awaited Federal Aviation Administration (FAA) review of Starship’s facility near Boca Chica, Texas. The already delayed review has been pushed back again to at least March 28, as the FAA cited the need for more consultations and more time to look at the public submissions associated with the environmental assessment.

Destacking of the huge system took place on Feb. 14; SpaceX periodically has placed Starship atop Super Heavy for fit checks and other procedures. The fully stacked rocket is the tallest yet built.

Related: SpaceX’s Starship will reach orbit this year on road to Mars

Starship already has a large contract from NASA to send astronauts to the moon for the Artemis program, and a few days ago was tagged to potentially send one of the three newly announced Polaris Program flights into space. (The Polaris Program is a private space program paid for by billionaire Jared Isaacman, the commander of the all-civilian Inspiration4 that launched in 2021.)

On Feb. 10, SpaceX CEO Elon Musk delivered a major update on the Starship program to once again position it within Musk’s longstanding wishes to build a Mars settlement. He told viewers he is “highly confident” Starship will achieve orbit this year and that the system will be able to go to Mars in the coming years.

“The sales pitch for going to Mars is that it’s going to be cramped, dangerous, difficult, very hard work. You might die,” Musk said in his speech. “That’s the sales pitch. I hope you like it.”