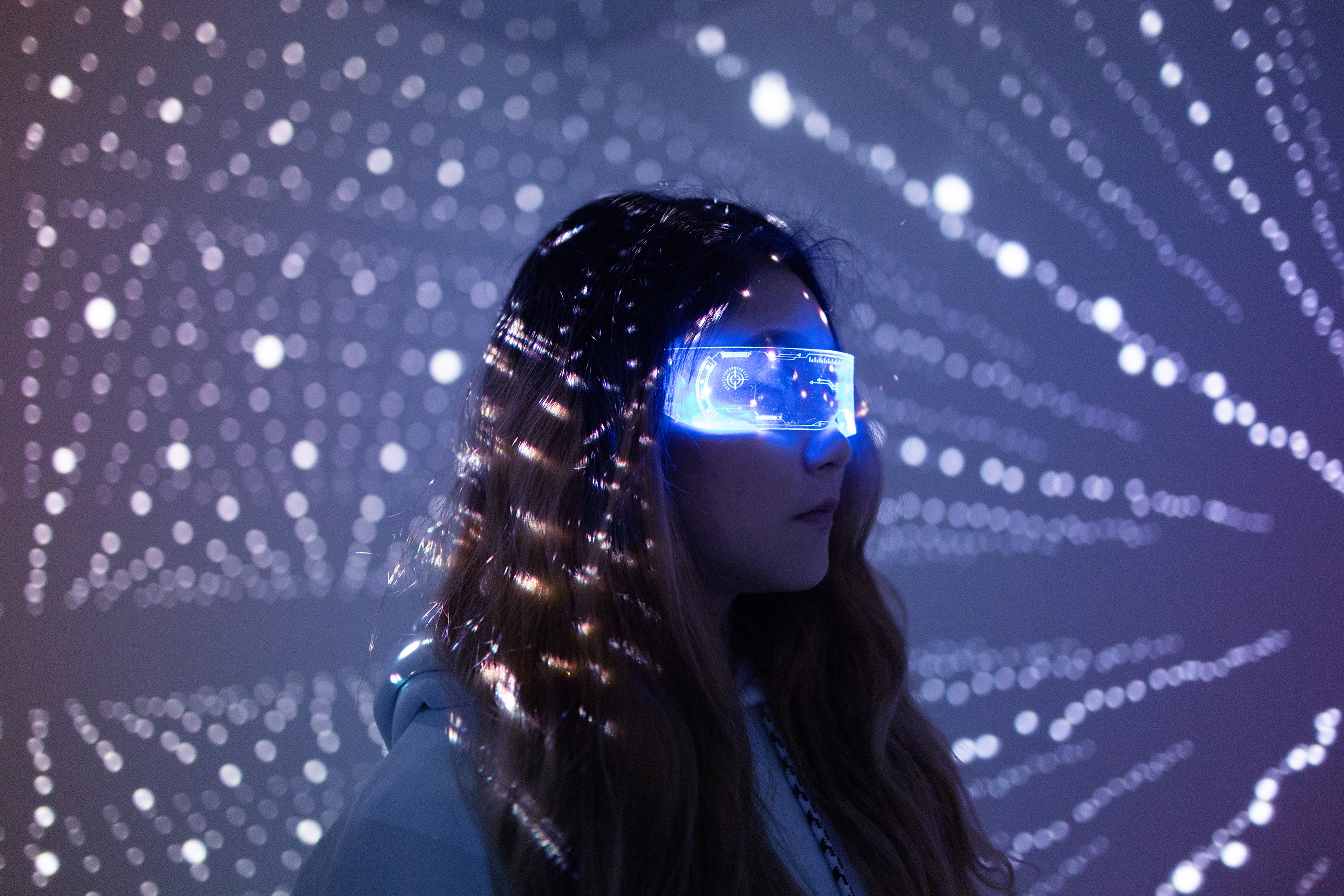 A few years ago, while doing research for a virtual reality (VR) program at MIT that I would be running, I donned a VR headset and played a ping-pong game. The game was so realistic that it momentarily fooled my brain. When it ended, I instinctively tried to put the paddle down on the “table” and lean against it.  Of course, the table didn’t exist, and I almost fell over. It was so easy to trick my senses into thinking that virtual world was real that I began to think about what would happen to humanity if we kept developing this technology.

In 2019, I wrote a book called The Simulation Hypothesis, in which I laid out the 10 stages of technology development that would take us to the Simulation Point, where we won’t be able to distinguish our virtual worlds from the physical world; or AI characters that live in those virtual worlds, from real humans. I came to the conclusion that if our civilization could reach this point, then some advanced civilization elsewhere in the real universe had probably already done so, and that we are already inside one of their Matrix-like virtual worlds.

It turns out that some giants of Silicon Valley have set their sights on building these ultrarealistic simulations, which they call the metaverse. First coined by science fiction writer Neal Stephenson in 1992, the metaverse is a set of interconnected virtual worlds that can be used for everything from entertainment to commerce to labor. The metaverse is being called the next generation of the internet, which we will explore not with a Web browser, but via three-dimensional avatars like those in video games such as Fortnite or Roblox.

The metaverse has moved beyond science fiction to become a “technosocial imaginary,” a collective vision of the future held by those with the power to turn that vision into reality. Facebook recently changed its name to Meta and committed $10 billion to build out metaverse-related technology. Microsoft just announced that it was spending a record-breaking $69 billion to buy  Activision Blizzard, the makers of some of the most popular massively multiplayer online games in the world, including World of Warcraft.

This current vision of the metaverse goes well beyond the simple VR of my ping-pong game to eventually include augmented reality (or AR, where smart glasses project objects onto the physical world), portable digital goods and currency in the form of nonfungible tokens (NFTs) and cryptocurrency, realistic AI characters that can pass the Turing test, and brain-computer interface (BCI) technology. BCIs will eventually allow us to not only control our avatars via brain waves, but eventually, to beam signals from the metaverse directly into our brains, further muddying the waters of what is real and what is virtual.

I originally estimated it would take us another hundred years or more to get to the Simulation Point. But if Silicon Valley continues its obsession with building the metaverse, we will get there much sooner. This is important because if it is possible for any civilization to ever reach the Simulation Point (in the past or the future, on Earth or another planet), then the chances increase significantly that we are already in an ultrarealistic computer-generated simulated world that we cannot distinguish from physical reality.  This would be true whether we were NPCs (or nonplayer characters, or AI) within the simulated world, or if we are players who exist outside of the game, role-playing avatars within the game (as was the case with Neo or Morpheus in the Matrix).

This is called the simulation argument and was proposed by Oxford philosopher Nick Bostrom in 2003. Bostrom stated that there were several mutually exclusive possibilities, which I have simplified to two: (1) that no civilization ever reaches this point and no such simulations are created; or (2) that at least one civilization reaches this point and creates not just one but many simulated worlds.

If option 1 is true, then there is no chance that we are already inside a simulation because these types of simulation may not be possible.  On the other hand, if option 2 is a possibility, then it’s likely that a more advanced civilization (imagine one that is hundreds or thousands of years ahead of us) already got there. They would then create billions of simulated worlds with billions of simulated beings who do not realize they are in a simulation.

Statistically speaking, if there are billions more simulated worlds and only one physical world, which are you more likely to be in? This is the argument that led Elon Musk in 2016 to state that the chances that we are in base reality (i.e. not in a simulation) is “one in billions.”  Both Musk and Bostrom assumed we were likely NPCs, so we couldn’t get out of the simulation by our own volition.  Even if we are players who are locked into an avatar within the simulation, then our ability to exit will depend on the nature of the simulation so as not to affect the realism for those still in the simulation. This was reflected not only with The Matrix, but in a recent episode of the series Rick and Morty, where a character steps into a Virtual Reality Life Simulator and lives out what seems like an entire life, and only exits the game when the character dies.

As we get closer to building out the full technosocial imaginary of the metaverse, we will be proving not only that is option 2 possible, but also that it is likely. If we can get there within a hundred years of inventing computers, then it is likely in a physical universe that is billions of years old that some other civilization has already gotten there, and has already created billions of simulated worlds. Bostrom’s argument was that if this was the case, then the probability that we are one of these simulated beings in a simulated world is much higher than being in the single, lone physical reality.

While some of us might be players from the “outside” world, trapped in the metaverse playing characters in this virtual reality, like in the Matrix, most of us, statistically speaking, would be simulated AI characters in a simulated virtual world, thinking that we are actually in the “real world.” If that sounds a little strange, perhaps the only appropriate reaction is the one that Keanu Reeves’ character Neo gave in the original Matrix film 23 years ago: Whoa.