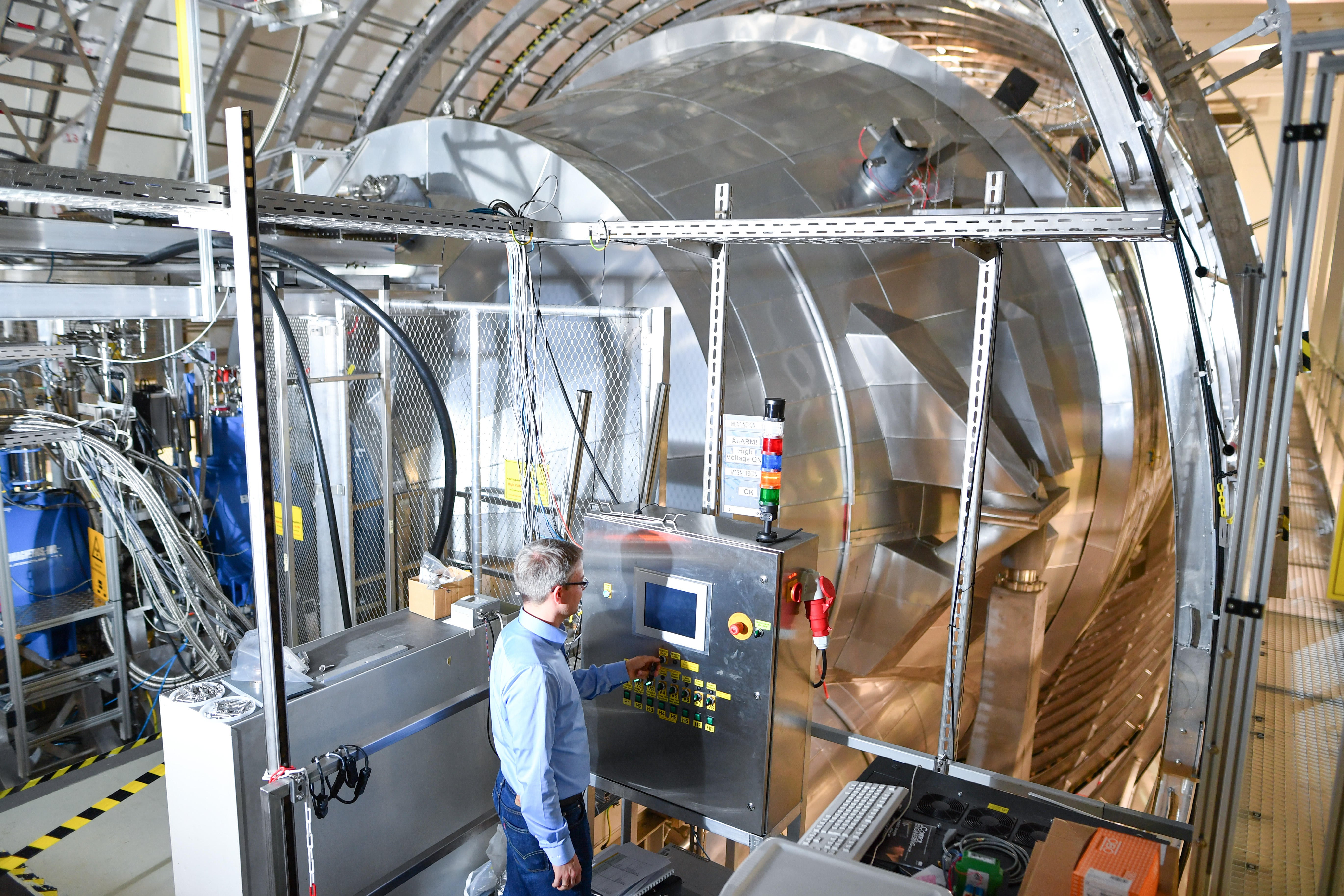 Physicists have taken a step towards nailing down the mass of the neutrino, perhaps the most mysterious of all elementary particles.

The team at the Karlsruhe Tritium Neutrino (KATRIN) experiment in Germany reports that neutrinos have a maximum mass of 0.8 electron volts. Researchers have long had indirect evidence that the particles should be lighter than 1 eV, but this is the first time that this has been shown in a direct measurement. The results were reported on 14 February in Nature Physics.

The previous upper limit of 1.1 eV was reported by KATRIN in 2019. The experiment has so far been able to put only an upper bound on the mass. But researchers say that it might be able to make a definite measurement once it finishes collecting data in 2024, and is the only experiment in the world capable of doing this.

“If the KATRIN experiment was to pinpoint a neutrino mass before reaching their sensitivity goal of 0.2 eV, it would be extremely exciting,” says Julia Harz, a theoretical particle physicist at the Technical University of Munich in Germany. In particular, it could give guidance on how to improve cosmological theories, she adds.

KATRIN weighs neutrinos produced by the nuclear decay of tritium, a radioactive isotope of hydrogen. When a tritium nucleus transmutes into a helium one, it ejects an electron and a neutrino (or, more accurately, a particle with an equal mass called an antineutrino). The neutrino is lost, but the electron is channelled into a 23-metre-long, steel vacuum chamber shaped like a Zeppelin airship, where its energy is measured precisely.

The electron carries almost all of the energy released during the tritium’s decay, but some is lost with the neutrino. The value of this shortfall can be used to calculate the particle’s mass.

KATRIN’s 2019 results were based on an initial run of the experiment in April and May that year, when the tritium beam was operating at one-quarter of its full strength. The latest result is based on data from the first full-strength run, which took place later in 2019. These data imply an upper bound of 0.9 eV, which goes down to 0.8 eV when combined with the earlier results.

Although the estimate has tightened, it is still not possible to report a lower bound for the neutrino’s mass. The data still do not rule out the possibility that the mass is zero, says KATRIN member Magnus Schlösser, a particle physicist at the Karlsruhe Institute of Technology. But other lines of evidence, in particular from cosmological observations, show that the neutrino cannot be massless.

It is still possible that even after 2024, KATRIN will be unable to measure the neutrino’s minimum mass: if the mass is less than 0.2 eV, it could lie outside the experiment’s sensitivity.

Schlösser compares the quest to the Spanish conquistadors’ search for a mythical city of gold. “It’s like looking for El Dorado,” he says. “You shrink the possibility for where you can find it.”

This article is reproduced with permission and was first published on February 14 2022.