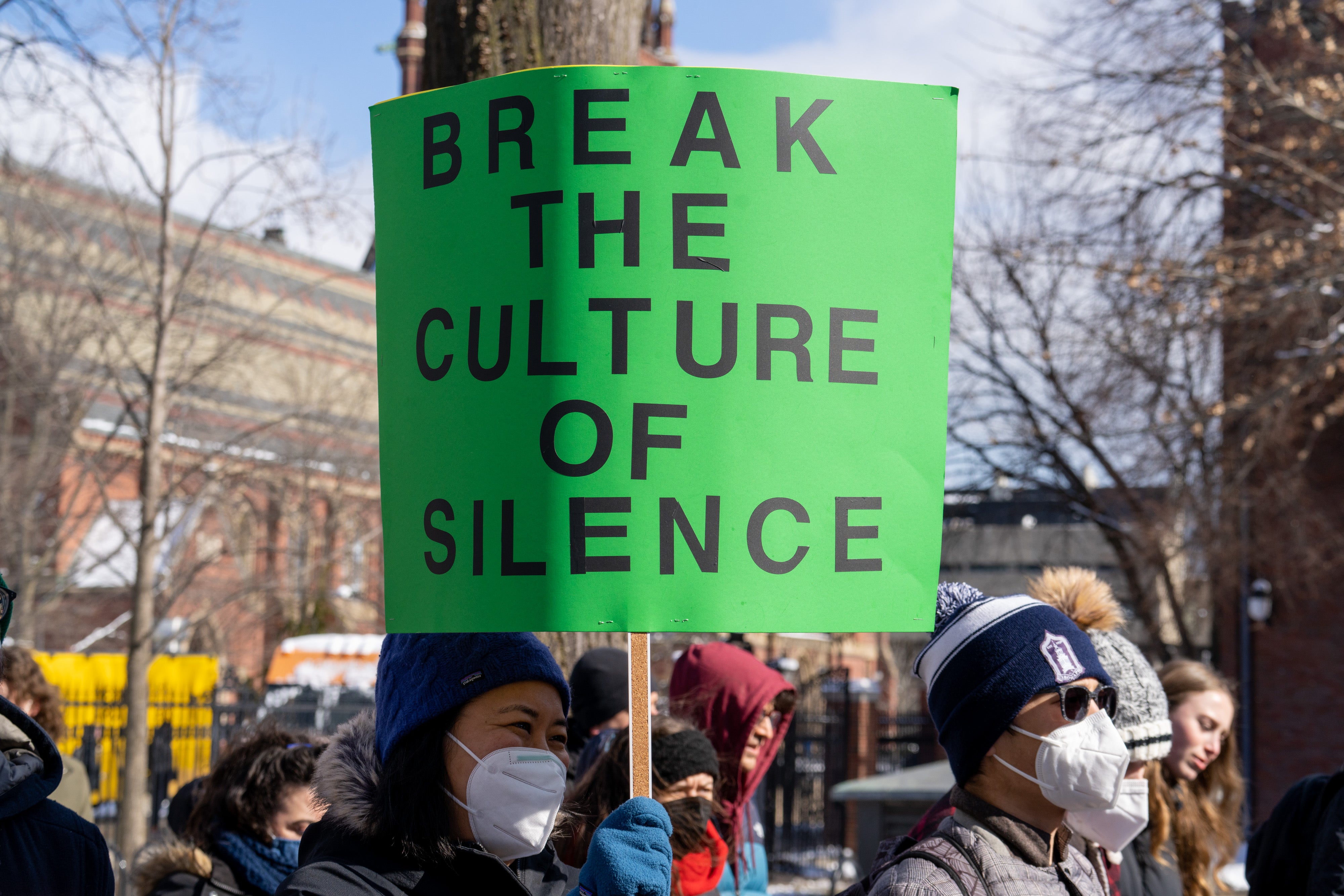 “This is a case about Harvard’s decade-long failure to protect students from sexual abuse and career-ending retaliation.”

That is the first sentence of a federal lawsuit filed on February 8 by three graduate students against Harvard University, accusing the university’s officials of enabling abusive behavior by John Comaroff, a professor in the anthropology department. The university disputes the claims.

The groping, the intimidating talk of rape, and the unwanted attention Comaroff is accused of are all appalling. But also galling is the implication that the people appointed by the university to investigate the years of complaints against the professor did not take the complaints, or perhaps the complainants, seriously.

Several questions remain in the wake of this and similar stories: powerful people, accused many times over many years of sexual harassment, workplace bullying, or both, and committees who do not fulfill their duty to stop this behavior. As we work toward holding harassers accountable for their actions, it’s also time to hold these internal investigators accountable for their actions, or lack thereof. And it’s time to hold other academics in positions of power accountable when they “mob” the accusers (ganging up against the people filing the complaints or helping cover up these atrocious behaviors).

I’m an assistant professor at Michigan State University. I’m also the co-founder and director of the Academic Parity Movement, a nonprofit organization that aims to address academic bullying, mobbing, abusive supervision, harassment and discrimination at their roots to ensure everyone can excel and progress. My team and I have been investigating the reasons behind the age-old, yet unresolved issues of academic bullying and sexual harassment for many years. I, myself, was a target of bullying at my previous institution.

There are many reasons why sexual harassment or academic bullying claims run into roadblocks: people say that when they speak up, the administrators or faculty who are supposed to formally process their complaints do not believe them, or do not trust them. Academic bullies and sexual harassers are clever; many try to leave no trace of their actions.

But you would think that as complaints pile up, and institutions see patterns in behavior, officials would act to curb that person. This decision to not act on complaint after complaint appears to be part of the problem at Harvard, where before Comaroff, former students and faculty filed complaints spanning decades against Gary Urton and Jorge Domínguez, both of whom were only recently disciplined.

Sometimes external factors are at play. Officials tasked with investigating complaints may find themselves dealing with pressure to uphold the university’s reputation or to preserve the accused harasser’s funding.

Even when Harvard finally took action against Comaroff, Urton and Domínguez, there has been no accountability for the committee members who adjudicated earlier complaints in these cases or for the perpetrators’ supporters at any institutional level. The scientific community should demand statements from these committee members, specifically for cases like those of Urton, Dominguez, and Comaroff that have multiple complaints.

When reporting bullying and harassment goes nowhere, it sends positive signals to perpetrators that they will be protected and sends negative signals to targets that they have no recourse and should tolerate the situation. These signals may encourage perpetrators to even use harassment as a career tool. These examples are the few cases that reach the media; there are many others that simply were swept under the carpet, including my own.

My harasser had a proven history of bullying. After I raised an official institutional complaint, a biased internal investigation committee (the head of the investigation committee was an associate professor of the same department that the harassment occurred) was created. This committee found my complaint to be valid, yet they only chose to reprimand the bully and send him to another training course, a tactic they had already used in the past with this professor which had clearly failed.

During the process, however, I received waves of retaliation: text messages from colleagues pressuring me and weird, newly placed restrictions on running my lab that other assistant professors didn’t share. My only option was to continue working in the same research center and department where this menace held a very senior position. Instead, I resigned and moved to my new institution.

Such stories are far too common: limited actions against perpetrators, a lack of support for victims, little accountability for the people who support the harasser or who conduct the internal investigations at institutional level, and neither funding nor a solid plan to help heal the mental and physical damage that affects not only the targets, but their families.

In many cases, the people who bully and demean keep their positions (or get promoted), their status and their power, even as their institutions’ findings of misbehavior remain confidential. However, the people who they have targeted find themselves with few options to pursue their cases after reporting abuse internally. External legal aid is rarely feasible; universities have the funds individuals don’t to pay for lawyers to defend themselves.

In the meantime, targets of harassment suffer. We have to ask: How can they be protected? What are the long-term effects within the scientific community from this bad behavior? How can we ensure healing for the people who are bullied, as targets may suffer for decades?

Academia has a long way to go to truly be a safe space for young minds to learn. Guidelines and reporting systems exist for harassment and bullying, but all too often administrators do not enforce rules, and targets are rebuked more than perpetrators. The broader academic enterprise must step in, to oversee these processes in the desire to ensure safe workplaces and learning environments.

For all these reasons, maybe it’s time to establish an independent global committee on academic behavior ethics, capable of using standard protocols to educate institutions and those in a position to address academic bullying on how to conduct thorough, fair and unbiased investigations into academic bullying and sexual harassment. Establishment of such entity may move the academic culture towards one where ethical behavior practices become the norm.

This could include funding agencies, which should demand institutions provide investigations and reports as a requirement for giving grants to individual investigators. Such oversight by funding agencies would make institutions more responsible and prevent “passing the harasser” along to another institution. Such a practice is claimed in the accusations against Harvard and Comaroff; the lawsuit asserts that a pattern of harassment and retaliation was known to the university when it hired him in 2012.

The National Institutes of Health has removed funding from more than 70 principal investigators who were the subject of some of approximately 300 complaints regarding harassment. Such oversight could increase trust and confidence among people who have been bullied or harassed by people in positions of power, which will hopefully result in more reporting. Other stakeholders could follow; institutional ranking agencies, for example, could pressure academic institutions to be more robust and accountable in their decisions and actions both against perpetrators and in supporting targets as part of their rankings parameters.

I strongly believe that the only timely and effective strategy that can diminish academic bullying and improve our organizational health is to create interdependent collaboration among all involved, but especially between funding agencies and institutions.

There may be some evidence that times are changing. Comaroff was disciplined. The investigating dean chastised those academics who rushed to Comaroff’s defense before the report was released. She reminded them how targets might decide not to come forward with their experiences of workplace abuse in the light of so many powerful people who would support an abuser.

But the scientific community and public need to be more proactive about these cases and demand accountability and responsibility from the supporters and members of the investigation committee. Everyone must work together to ensure that people who report abuse are supported, and that perpetrators and their supporters receive consequential actions. After all, many lives (including my own) and even scientific integrity have been significantly affected by academic bullying or sexual harassment. It is high time to diminish these behaviors in our science backyard.