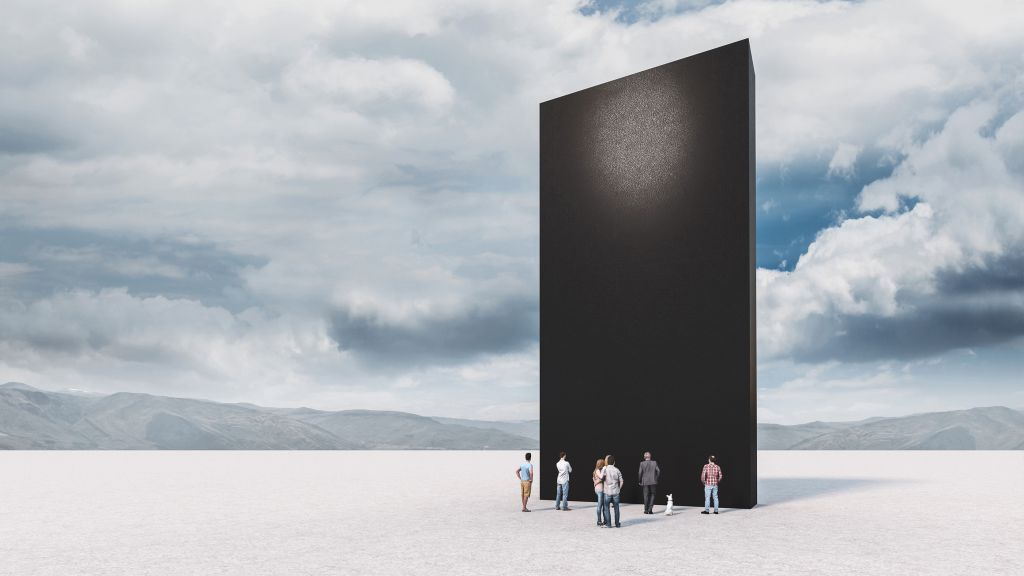 Every commercial flight you have ever taken has been recorded. Every tug on the yoke and every adjustment of the throttle has been dutifully logged by a little recording device tucked away in the tail of the aircraft. It’s the infamous “black box” that search and rescue crews scan the crash site for any time an aviation incident occurs. Its observations are a clear account of how the whole thing went down.

Next year, our planet will get one of these disaster recorders as well.

Called Earth‘s Black Box, the project is meant to painstakingly record every step on the way to our planet’s demise.

“Unless we dramatically transform our way of life, climate change and other man-made perils will cause our civilization to crash,” Earth’s Black Box website reads.

The solar-powered vault will be roughly the length of a school bus and the shape of an upside-down curb stop, and the entire thing will be encased in 3-inch-thick (7.5 centimeters) steel designed to withstand catastrophe, just as an airplane’s black box is built to withstand an impact. And just like a black box is tucked away in the safest part of a plane, Earth’s Black Box will be placed in the most secure location on Earth, which is Tasmania, apparently. When it goes online, Earth’s Black Box will be filled with hard drives recording and storing climate-related information, ABC News Australia reported.

This project, which is a collaboration between the University of Tasmania, a communications firm called Clemenger BBDO, and an art collective called the Glue Society, is slated to begin construction in early 2022.

It will also scrape news headlines, social media posts, and information from key climate change conferences between heads of state.

As an art piece, it is undeniably striking. The concept images show a sharp, angular structure lined with solar panels and situated on a rocky outcrop in a remote desert. Its severe angles suggest something otherworldly that will contrast the weathered rock of the landscape. Its intention is to be a silent observer, constantly absorbing information, to “provide an unbiased account of the events that lead to the demise of the planet, hold accountability for future generations, and inspire urgent action,” according to its website. “The idea is if the Earth does crash as a result of climate change, this indestructible recording device will be there for whoever’s left to learn from that,” Jim Curtis, executive creative director at Clemenger BBDO, told ABC News Australia. “It’s also there to hold leaders to account — to make sure their action or inaction is recorded.”

While its usefulness to post-apocalyptic humanity is an open question, its value in the immediate future is more easily assessed. Despite the fact that construction on the project has yet to begin, its algorithms are already hard at work in a beta test that can be observed on the project’s website.

At all times, the data contained in Earth’s Black Box will be publicly available as a time capsule of climate information.

It comes to us at a time where the planet is on track to face a 2.7 degree Celsius increase in global temperatures over pre-industrial levels. Ice sheets are destabilizing, fresh water is becoming scarce, and a record number of species are going extinct, according to multiple studies.

While some might dismiss the project as being a monument to climate pessimism, the clear intention of this black box is not simply to record our impending doom, but instead to help steer us away from it, say its creators. That is, even if it can only give us a nudge in the right direction.