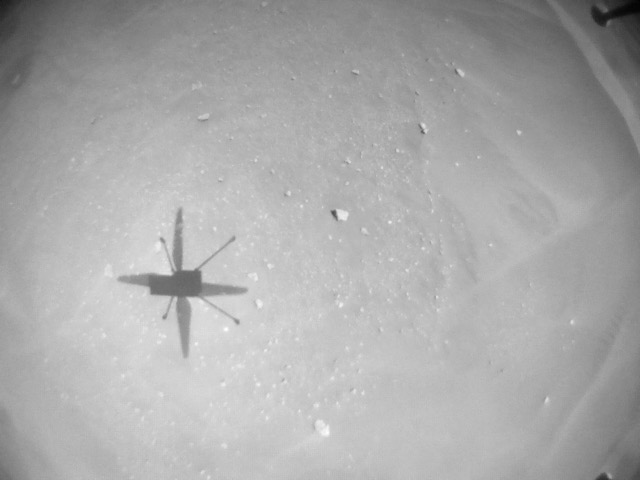 NASA’s Mars helicopter Ingenuity has now outflown its Red Planet expectations by a factor of four.

The 4-pound (1.8 kilograms) Ingenuity landed on the floor of Jezero Crater with NASA’s life-hunting, sample-caching Perseverance rover on Feb. 18, 2021. The solar-powered chopper soon embarked on a five-flight technology-demonstrating mission designed to show that powered flight is possible in the Red Planet’s thin air.

Ingenuity aced that initial mission and was granted an extension, during which it’s been serving as a scout for Perseverance and pushing the limits of Red Planet flight. And on Friday (Feb. 25), Ingenuity notched yet another milestone, this one of the round-number variety — its 20th Martian sortie.

“Flight 20 was a success! In its 130.3 seconds of flight, the #MarsHelicopter covered 391 meters [1,283 feet] at a speed of 4.4 meters per second [9.8 mph], bringing it closer to @NASAPersevere’s landing location,” NASA’s Jet Propulsion Laboratory in Southern California, which manages the missions of both Ingenuity and Perseverance, said via Twitter on Saturday (Feb. 26).

Ingenuity and Perseverance spent their first (Earth) year on Mars exploring locales to the south and west of their touchdown zone, which mission team members named after famed sci-fi author Octavia E. Butler. As the tweet notes, the duo are now heading back toward the landing site, on their way to more exciting real estate beyond.

The 28-mile-wide (45 kilometers) Jezero hosted a lake and a river delta billions of years ago. Here on Earth, river deltas are good at preserving carbon-containing organic chemicals and signs of life itself. The Perseverance team is therefore eager to reach and sample remnants of the ancient delta, and they plan to do so in the relatively near future.

“The delta in Jezero Crater is the reason we chose the landing site, and we hope to get to it later this spring,” Perseverance science team member Briony Horgan, an associate professor of planetary science at Purdue University, said in a video released by the school earlier this month.

“Once we’re there, we’ll be able to look at the bottom of the ancient lake that once filled Jezero to search for signs of ancient microbial life, and we plan to spend the whole next year traveling through the ancient lake deposits and ancient river deposits that are within the delta,” she added.

Ingenuity is helping Perseverance get there, capturing airborne imagery that allows the rover’s handlers to choose the safest and most efficient route toward the delta region, mission team members have said.