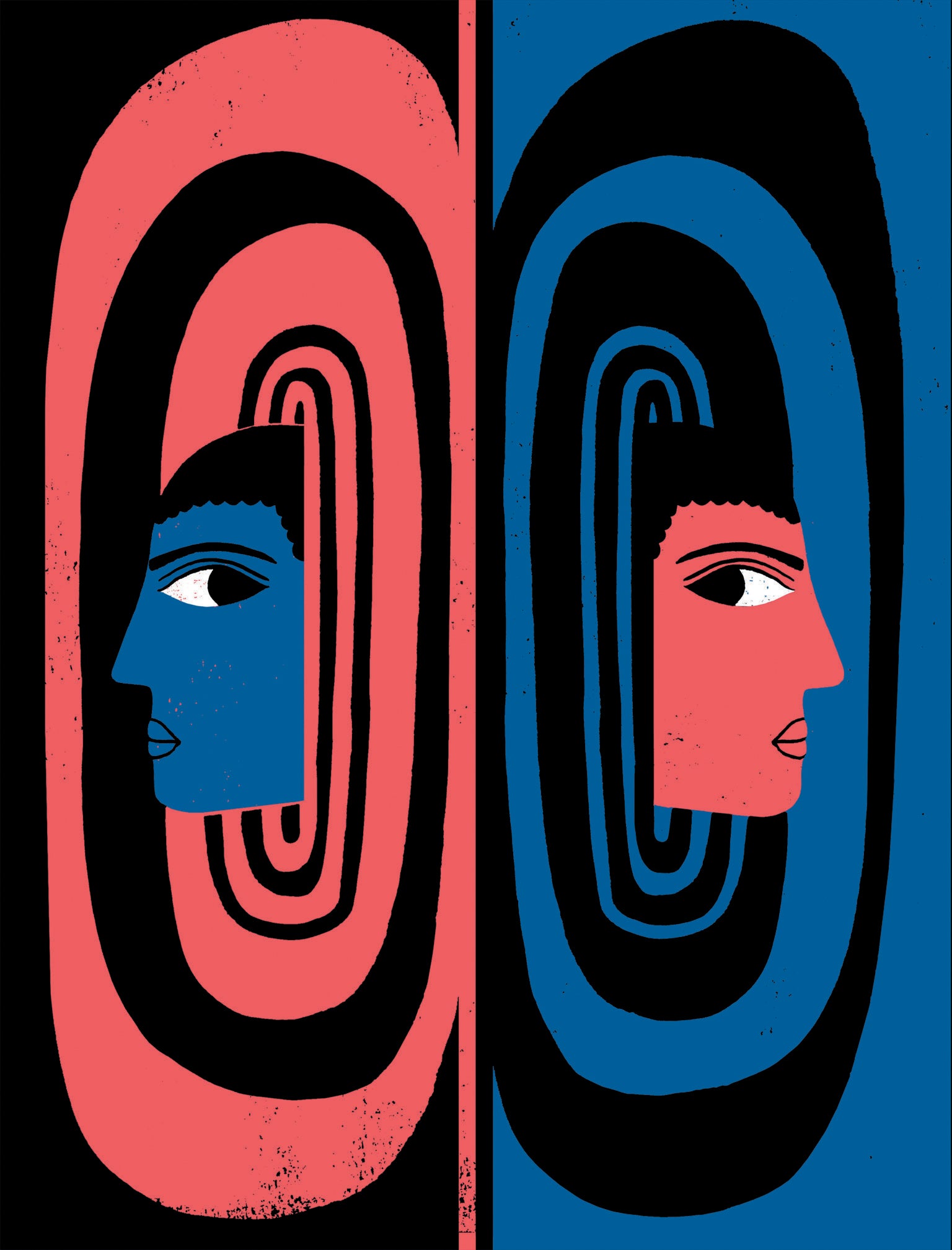 In the spring of 2020 a cartoon was making the rounds on social media. It showed a city perched on a tiny island, surrounded by ocean. A speech bubble emerged from the skyline: “Be sure to wash your hands and all will be well.” Not far out at sea, a giant wave labeled “COVID-19” was about to crash over the city. Behind it was an even bigger wave marked “recession.” And beyond that one was a tower of water that threatened to swallow it all: “climate change.”

I’ve often thought of that statement, by Canadian cartoonist Graeme MacKay, in moments that seem to define our pandemic disorientation: the botched messaging, willful unpreparedness and exhausted confusion. In America, though, the cartoon didn’t play out exactly as drawn. The economy actually grew in 2021. Does that mean the damage wasn’t as bad as many predicted? That question can only be answered in the context of another superlative: the U.S. claims the highest reported number of COVID cases—as well as COVID deaths—in the world.

The past two years have been full of incongruities, paradoxes and absurdities. Consider the mRNA vaccines. Scientists formed a global hive mind and delivered a supereffective vaccine faster than anyone thought possible. But more than a year after the shots became available, the U.S. has one of the lowest vaccination rates among wealthy countries. Some Americans think the vaccine represents a weapon of oppression, if not a literal weapon.

The politicization of our best tool for ending the pandemic surprised everyone. Except for the behavioral scientists, misinformation researchers, sociologists, historians and speculative fiction writers who spent 2020 waving their arms (sometimes in the pages of this magazine), calling attention to cognitive bias, influence operations, accessibility issues and barriers to trust. COVID was never going to be the “common enemy” that finally united Americans. As Alondra Nelson, who is now deputy director for science and society at the White House Office of Science and Technology Policy, explained it to me in December 2020: “This idyllic idea of solidarity, especially in a wartime modality, is created by making an enemy of someone else.” Indeed, former president Donald Trump tried to make an enemy by blaming the virus on China. His xenophobic rhetoric has spread, feeding dangerous conspiracy theories, threatening scientific research and leading to a rise in hate crimes.

The virus provoked other reckonings and pivots—not all of them bad. Many of us who could do our jobs remotely discovered the power of owning our time. COVID concerns made it easier for European cities to install miles and miles of bike lanes, giving us a glimpse of a car-free urban future. The pandemic revealed strange hidden interdependencies; hospital demand for liquid oxygen, for example, delayed rocket launches. It also worsened inequality, increased the prevalence of depressive added “moral injury” to the common lexicon and set back students’ learning trajectories for years to come.

Amid the noise of an ongoing emergency, it can be hard to notice troubling new trends. We should be far more concerned about the shadow of long COVID. If millions of people end up developing persistent health issues after the acute disease stage, they will likely encounter a medical system unable to do much more than shrug. As with the climate crisis, many of us avert our eyes from the specter of long COVID because its effects tend to be more insidious than dramatic, and the fixes aren’t quick or easy. Dealing with the problem requires acknowledging what was already broken. Yet for every bleak future there’s a hopeful one. Propelled by the force of patient advocates, research into long COVID could lead to new understanding of other postinfection illnesses and autoimmune disorders.

When we planned this issue, Omicron had not yet emerged. I wondered if people would be interested in stories about a pandemic that wasn’t over, even if they were over the pandemic. Would we be fearmongering to suggest that the pandemic hasn’t ended because we haven’t vaccinated the world, leaving us susceptible to variants that are more transmissible?

We’re all over COVID. But we can’t give up and leave our collective fate to the machinations of a virus, sighing in relief when one peak crests (for those of us still unharmed) and leaning on wishful thinking that only the best-case scenarios will come to pass. Avoiding adaptation isn’t the key to reaching the endemic stage, nor will it help us prepare for the even bigger waves of climate crises. We assembled this collection of stories to reflect on how COVID has already changed our world, as well as how our world has been resistant to change—even when a virus disrupts everything, even when it shows us what we need to change the most.