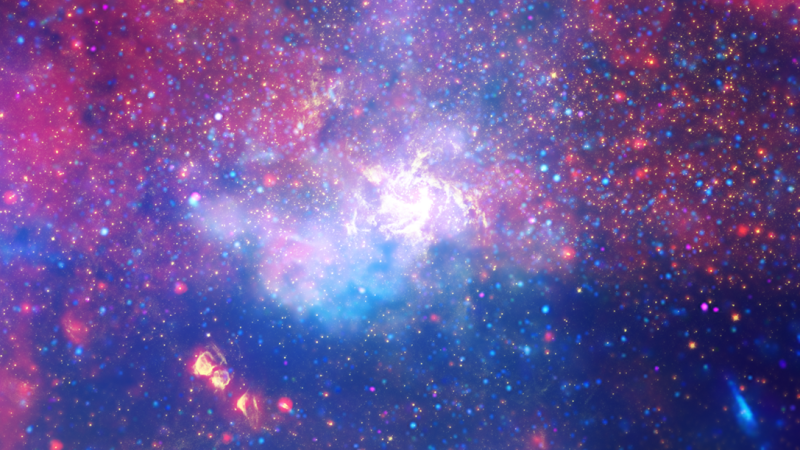 The James Webb Space Telescope will study the weirdly flickering black hole at the heart of our galaxy, the Milky Way, which has proved elusive for existing telescopes to explore.

Webb will join the efforts of numerous telescopes to understand the nature of the supermassive black hole called Sagittarius A*, whose tendency to flare up on an hourly basis makes it difficult to image.

Joining Webb investigators will be a team working with the Event Horizon Telescope. EHT, made up of eight ground-based radio telescopes, which captured the first-ever image of a black hole, M87*, back in 2019.

Although Sagittarius A* is closer than M87*, its flickering nature makes the Milky Way‘s own supermassive black hole a much more difficult target, Webb officials said in a statement.

“While M87’s core presented a steady target, Sagittarius A* exhibits mysterious flickering flares on an hourly basis, which make the imaging process much more difficult,” Webb officials wrote in late 2021. “Webb will assist with its own infrared images of the black hole region, providing data about when flares are present that will be a valuable reference to the EHT team.”

The flares happen as charged particles are accelerated around the black hole to higher energies, creating light emission.

Webb, which launched Dec. 25 and is in the midst of a months-long commissioning period, will eventually image Sagittarius A* in two infrared wavelengths from a perch in deep space unimpeded by stray light. Since EHT is on the ground, the hope is the data collected from Webb will complement the ground-based network data and create a cleaner, easy to interpret, image.

Collaborators expect that Webb and EHT working together will provide more information concerning what causes the flares, which in turn could provide insights for studying black holes, solar flares or particle and plasma physics more generally.

“We want to know how the universe works, because we are part of the universe. Black holes could hold clues to some of these big questions,” study principal investigator Farhad Yusef-Zadeh, an astrophysicist at Northwestern University in Illinois, said in the same statement.

The first physical black hole ever discovered was spotted in 1971; the first EHT image of M87* in 2019 provided “direct visual proof that Einstein’s black hole prediction was correct,” the press release stated.

Black holes, the team added, are a “proving ground” for Einstein’s theory and the hope is this first collaboration between Webb and EHT will allow for more telescope time in space, in future years.