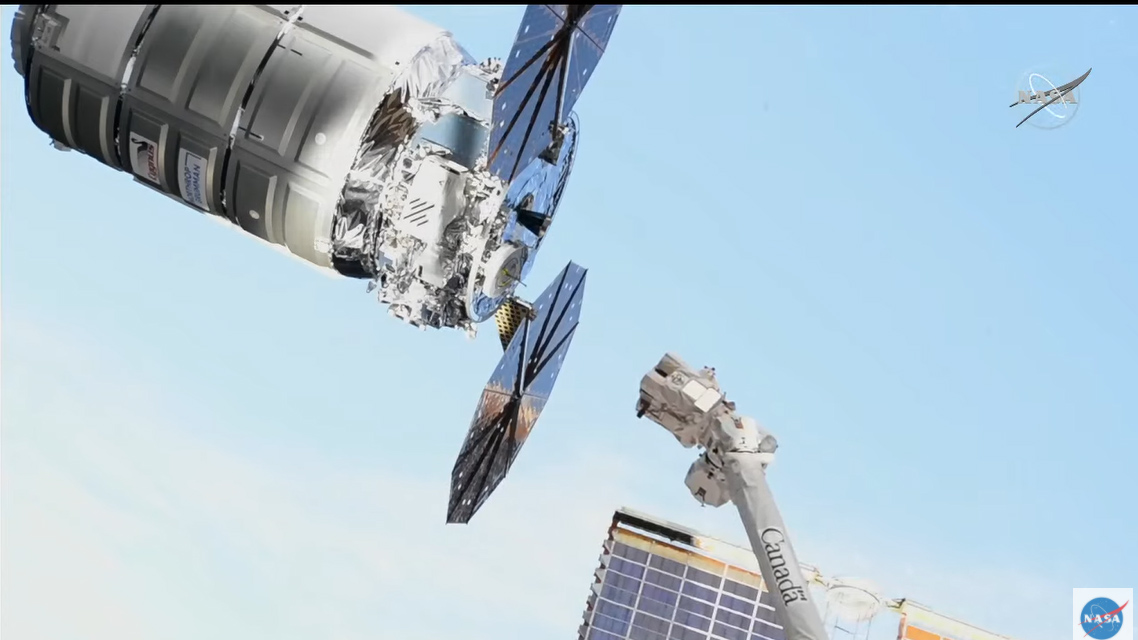 During the procedure, Chari controlled the robotic arm, which smoothly grappled the Cygnus spacecraft with its end-effectors, from the Cupola window on the Tranquility node of the space station. Fellow NASA Expedition 66 astronaut Kayla Barron assisted during the procedure.

Cygnus NG-17 will remain at the space station until about late May. During this time, the spacecraft will perform its first ever reboost of the orbital outpost. The reboost is a maneuver designed to push the space station to a slightly higher altitude to counteract the drag of Earth’s residual atmosphere, which pulls the ISS down over time.

This mission’s  spacecraft is named S.S. Piers Sellers, after the late NASA astronaut and former director of the agency’s Earth Science Division. Sellers spent 35 days in space during three space shuttle missions and worked on the space station’s assembly throughout the 2000s.

Astronauts may start unloading cargo from Cygnus on Monday (Feb. 21), NASA said in a press conference on Friday (Feb. 18), although the bulk of the work is scheduled to begin on Tuesday (Feb. 22).

In addition to a solar array power augmentation kit, new Canadarm2 lighting and other experiments and equipment, Cygnus delivered some treats for the astronauts including fresh avocados, tomatoes, grapefruits, pears and blueberries.