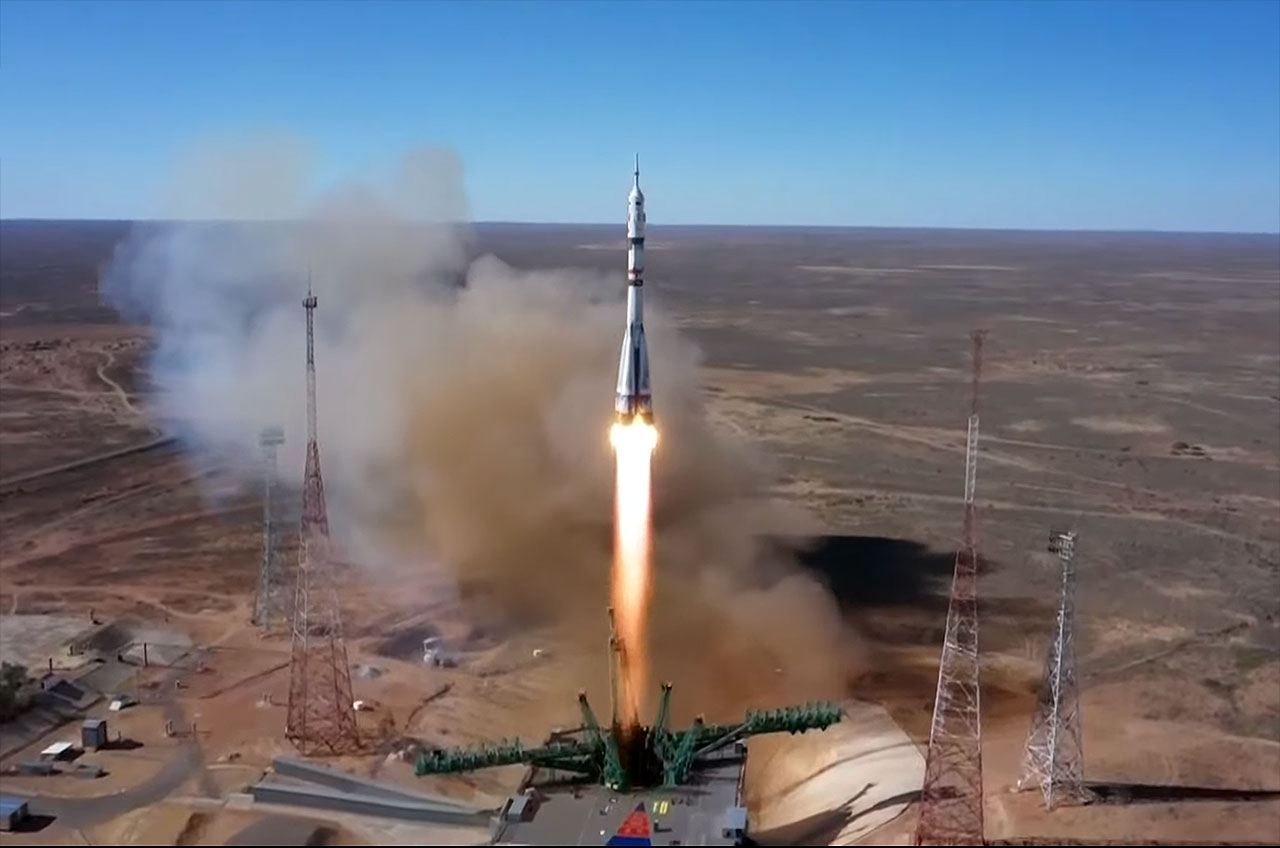 Spiking fuel prices spurred a wave of protests recently across Kazakhstan, an autocratic Central Asian nation that was once part of the Soviet Union. Some of those protests have turned violent, resulting in the deaths of dozens of anti-government demonstrators, according to The New York Times.

But Baikonur Cosmodrome — the spaceport that was established in southern Kazakhstan by the Soviet Union in 1955 and remains the jumping-off point for all crewed Russian space missions — has remained largely unaffected by the unrest, according to Roscosmos, Russia’s federal space agency.

“The situation in Baikonur is normal; all the law enforcement agencies are routinely working,” the Roscosmos Press Service told Space.com via email. “The head of Baikonur administration, Konstantin Busygin, regularly reports on the situation around Baikonur to Roscosmos Director General Dmitry Rogozin.”

NASA astronauts are fairly regular visitors to Baikonur; they’ve launched toward the International Space Station (ISS) aboard Russian Soyuz spacecraft from the site many times over the years.

Indeed, the Soyuz was the only ride to orbit available to astronauts for nearly a decade after NASA retired its space shuttle fleet in 2011. That changed in 2020, when SpaceX’s Crew Dragon capsule began flying missions to the ISS from Florida. (Aerospace giant Boeing is also working to get its own astronaut taxi, the CST-100 Starliner, up and running soon.)

But no NASA personnel or assets are currently at Baikonur, so the agency isn’t directly affected by the current situation in Kazakhstan, agency spokesperson Dan Huot told Space.com via email.

What’s happening in Kazakhstan matters in the bigger picture, of course, and on a number of levels, from the humanitarian to the political.

“The latest demonstrations matter because the country has been regarded until now as a pillar of political and economic stability in an unstable region, even as that stability has come at the price of a repressive government that stifles dissent,” The New York Times wrote. “The protests are also significant as Kazakhstan has been aligned with Russia, whose president, Vladimir V. Putin, views the country — a body double of sorts for Russia in terms of its economic and political systems — as part of Russia’s sphere of influence.”