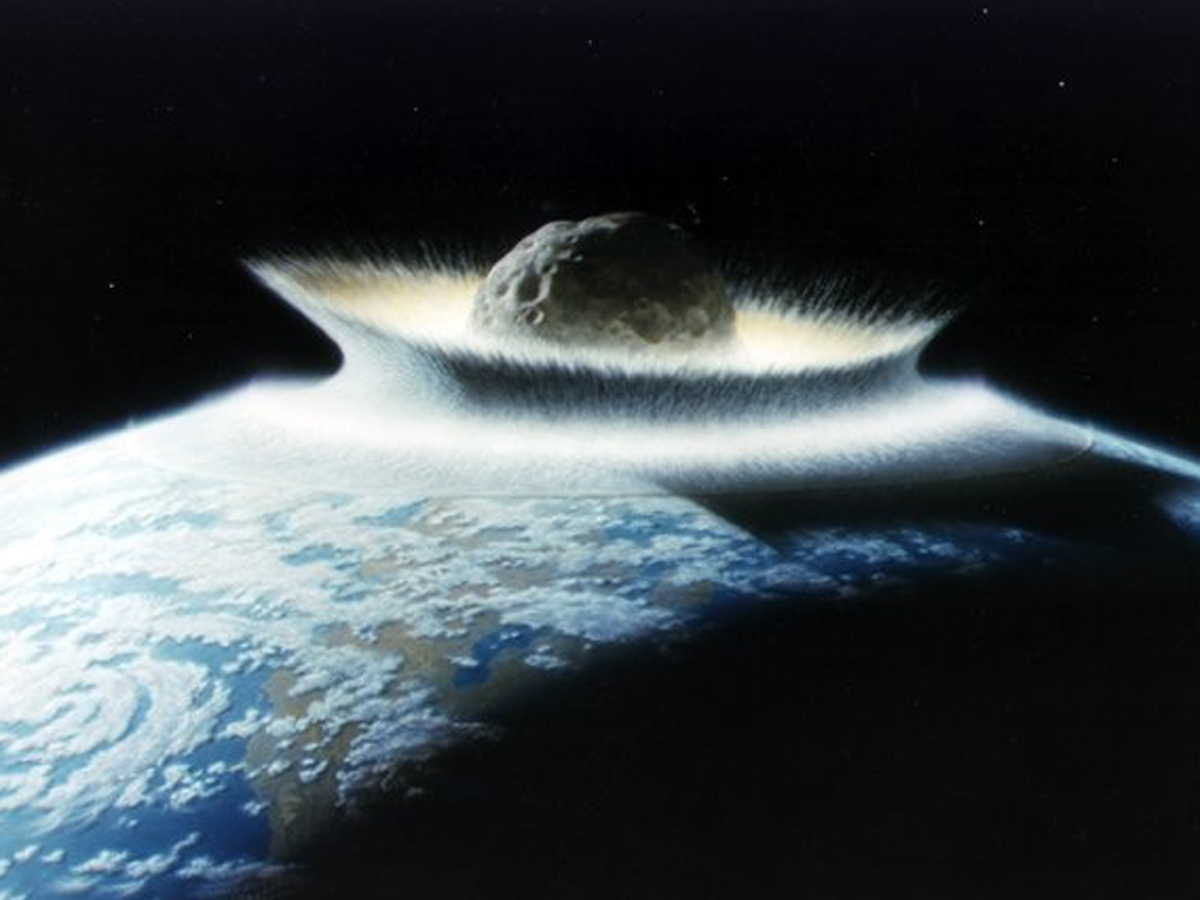 Earth and Mars likely arose from collisions between giant moon-size rocks instead of the clumping together of tiny pebbles over time, a new study found.

Previous research suggested there may be two primary ways in which rocky planets such as Earth are built. The classic model proposes that moon-to-Mars-size rocks dubbed planetary embryos once regularly smashed together in the inner solar system, eventually assembling into full-size worlds. A more recent alternative concept envisions tiny pebbles from the outer solar system drifting inward toward the sun, gradually accumulating to form rocky planets, a process thought essential to the formation of the cores of giant planets such as Jupiter and Saturn.

To see which model potentially best explains how the solar system’s rocky planets formed, scientists analyzed a total of about 0.77 ounces (22 grams) of material from 17 meteorites that originated from Mars. These rocks were blasted off the Red Planet by impacts of ancient asteroids, eventually finding their way to Earth.

Related: How was Earth formed?

The researchers examined how these samples varied in their isotopic composition. Isotopes are forms of the same chemical element that vary only in the number of neutrons in their nucleus. For instance, uranium-234 has 142 neutrons in its core while uranium-238 has146 neutrons.

The scientists compared levels of titanium, zirconium and molybdenum isotopes from Mars and from Earth with those of different groups of meteorites from the inner and outer solar system. They found the Earth and Martian rocks more closely resembled meteorites from the inner solar system, with only about 4% of their compositions resembling outer solar system material. The large number of Martian meteorites they analyzed helped overcome conflicting results seen in prior work that analyzed smaller numbers of these rocks.

All in all, “we resolve conflicting interpretations of previous studies and show that Earth and Mars were formed from material that largely originated in the inner solar system,” study lead author Christoph Burkhardt, a planetary scientist at the University of Münster in Germany, told Space.com. “Only a few percent of the building blocks of these two planets originated beyond Jupiter’s orbit. As such, we answer the fundamental question of what the Earth is made of, and this allows [us] to address the even more fundamental question of how Earth formed.”

“There is no doubt that Jupiter as the ‘king of the planets’ had an influence on what was going on in the inner solar system,” Burkhardt said. “Without Jupiter, we may sit today on a super-Earth or mini-Neptune planet.”

The new findings also suggest that both Earth and Mars likely incorporated material from a group of space rocks that are currently unknown to science, ones originating “most likely sunwards of Earth’s orbit,” Burkhardt said. “So the hunt is on. Finding a sample with the predicted characteristics among the ungrouped meteorites in our collections would be amazing.”

The scientists detailed their findings online Dec. 22 in the journal Science Advances.