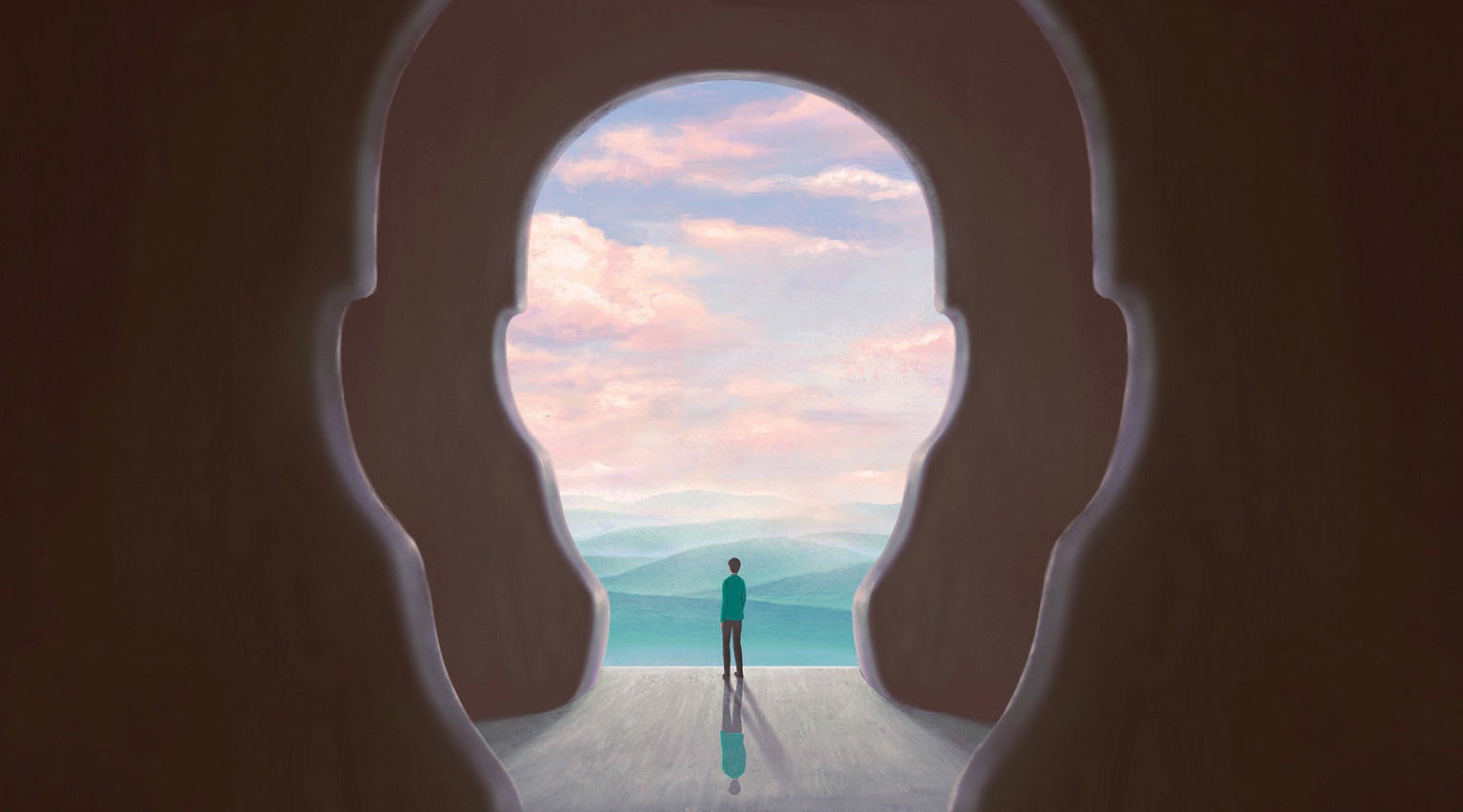 In 2016 a panel of physicists, a cosmologist and a philosopher gathered at the American Museum of Natural History to discuss an idea seemingly befitting science fiction: Are we living in a computer simulation? How exactly the flesh and blood of our brain is able to formulate an aware, self-examining mind capable of critical thought remains a mystery. Perhaps the answer eludes us because, the panel mused, we are the avatars of a higher species’ simulation and simply unable to discover the truth. As intriguing a hypothesis as it is, neuroscience has learned enough about our consciousness to counter such a fantastical possibility.

Newly mapped networks within the human brain show regions that fire in concert to create cognition. Zapping the brain with magnetic pulses while recording neural activity might soon detect conscious thought, which could be especially useful for patients who are awake but unable to communicate or respond to external stimuli. These discoveries chip away at the isolating experience of humanity and the idea that a person can never truly know whether anyone but oneself is truly conscious.

To some extent, we exist in our own bubbles of subjective experience. A growing body of evidence suggests that perception is a construction of the brain. Because the brain initiates some actions before we become aware that we have made a decision, we might even deduce that each of us is some kind of biochemical puppet, but experiments confirm that we do indeed have free will. And our cognition clearly results from highly evolved neural mechanisms, common to all of us, for making new memories, navigating social relationships and recognizing faces. Ultimately a shared sense of reality influences how we perceive ourselves and the formation of “in-groups” and “out-groups,” which can create social and political division.

For all that, however, a lot happens outside of our awareness. Based on neuronal firing patterns, algorithms can infer intended body movements in patients with paralysis of their limbs, illuminating the unconscious brain-body dynamic. During sleep, the brain makes crucial gains in learning, memory and emotion processing.

And there is much out there that can alter our reality, from drugs to disease. Potentially a third of older COVID patients experience delirium, perhaps increasing their risk for dementia later on. Psychiatrists now debate whether bouts of mania in which people report enhanced recall, increased empathy and spirituality might constitute a new category of mental disorder. Ironically, rather than distorting it, substances such as Ecstasy and “magic” mushrooms may actually help restore a rational view of the world.

Consciousness may come from an alien programmer, or perhaps it pervades our universe, not just our brains but all things, as philosopher Philip Goff posits. Either way, our remarkable ability to think about our own thoughts—meta-thoughts, as Scientific American columnist John Horgan calls them—places us at a tantalizing intersection of life and sentience. What we think matters to us regardless of how the mind arises from matter.