As we battle against our own pandemic, sea stars are being killed in the millions by a horrible condition that melts them into a sickly goo.

Sadly, there’s no straightforward way to help these animals, such as protecting them with a vaccine, so conservation biologists have been desperately trying to find another way.

In the latest published effort, Oregon State University marine biologist Andrea Burton and colleagues tested 200 individual purple sea stars (Pisaster ochraceus, aka the ochre sea star) to see if there were any genetic differences between sea stars that appear to be able to endure the disease and those who succumb.

“Our reasoning was that a sick sea star and healthy sea star nearby were likely exposed to similar conditions, so maybe the ones that looked healthy had some type of genetic predisposition toward resistance or tolerance to sea star wasting syndrome,” Burton says.

“It was a unique chance to compare apparently normal and wasting individuals from the same time and place during the sea star wasting syndrome epidemic.”

The epidemic began in 2013, hitting the purple and at least 20 other species of sea stars from Baja California in Mexico to the Gulf of Alaska. But the sea star wasting syndrome has also been observed in waters as far away as Port Phillip Bay in Australia, during an extreme marine heat wave. 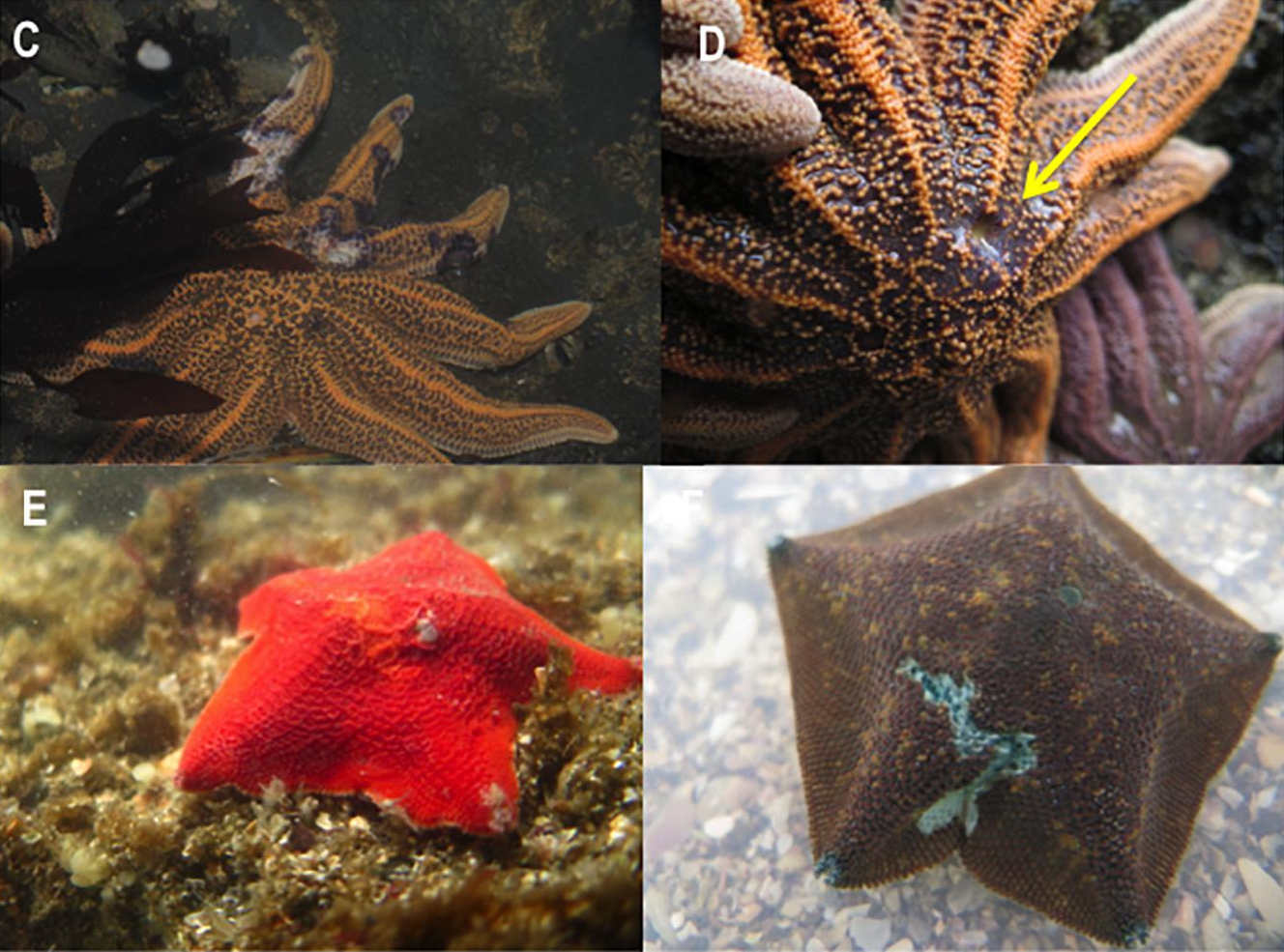 Last year, a team of researchers suggested the disease was caused by a complex interaction between microbes and the environment the sea stars call home.

Their study indicated huge blooms in microbes like phytoplankton (triggered by warming waters) are stealing much of the local oxygen supply and drowning the starfish. The sea star’s decaying bodies then further increase nutrients for microbes, fueling a horrible feedback loop of further blooms and suffocation.

However, other explanations are also yet to be ruled out, such as non-viral pathogens (viral pathogens are thought to be unlikely culprits). It is possible multiple causes are resulting in the same disease conditions in these marine creatures, which can usually regenerate damaged extremities.

“Regardless, it is clear that the disease is exacerbated in warmer conditions, and that severe population reductions occurred in warmer southern regions,” Burton and her co-authors write in their paper.

Whatever’s behind the sea star wasting syndrome, it is causing unprecedentedly rapid and extreme population declines. In Oregon, purple sea star populations have shrunk by 50 to 94 percent across much of its range.

A voracious predator of the California mussel (Mytilus californianus), purple sea stars are a keystone species that help maintain their intertidal ecosystems. Experiments have shown removing the starfish allows mussel populations to boom and take over – greatly reducing the habitat’s biodiversity. 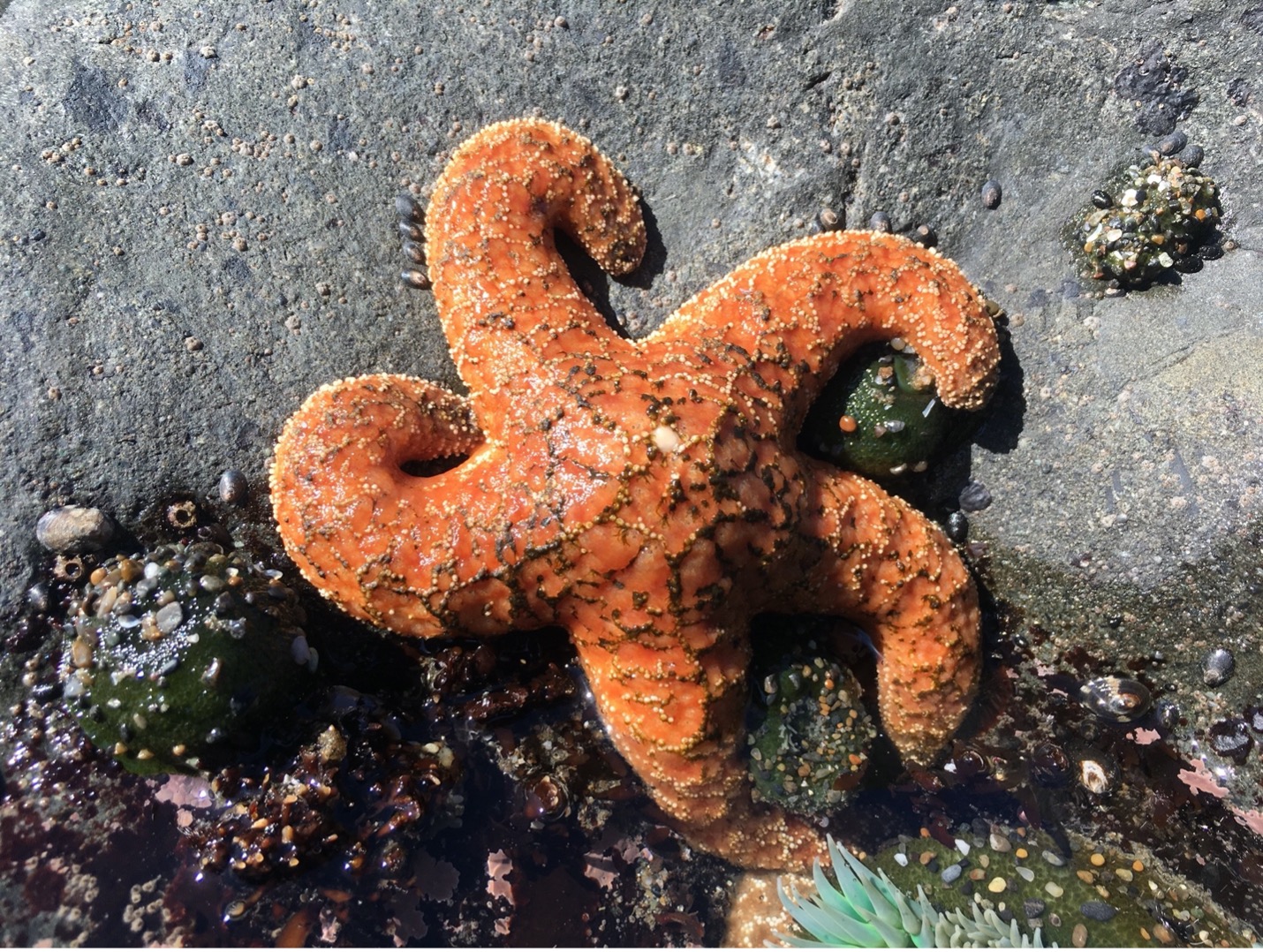 “A changing climate is causing the ocean to warm and those rising sea water temperatures are putting more and more stress on marine ecosystems,” says Burton.

“As a result of that stress, marine diseases have become more prevalent over the last few decades. Disease outbreaks cause changes in ecosystems’ community structure and the age distribution within species. A lot of marine taxa have suffered severe declines in population because of outbreaks.”

Unfortunately, the genetic analysis didn’t reveal any clear genetic basis for why some purple sea stars survived but others didn’t.

“We found that genomic differentiation between normal-looking and wasting sea stars was very low,” says Burton. “With little genetic variation to propel adaptation, we definitely have even more concerns regarding how this species of sea star will fare in future outbreaks.”

The researchers did however detect a couple of areas in the genome that may have some link to disease resistance, and strongly urge that these should be further investigated. 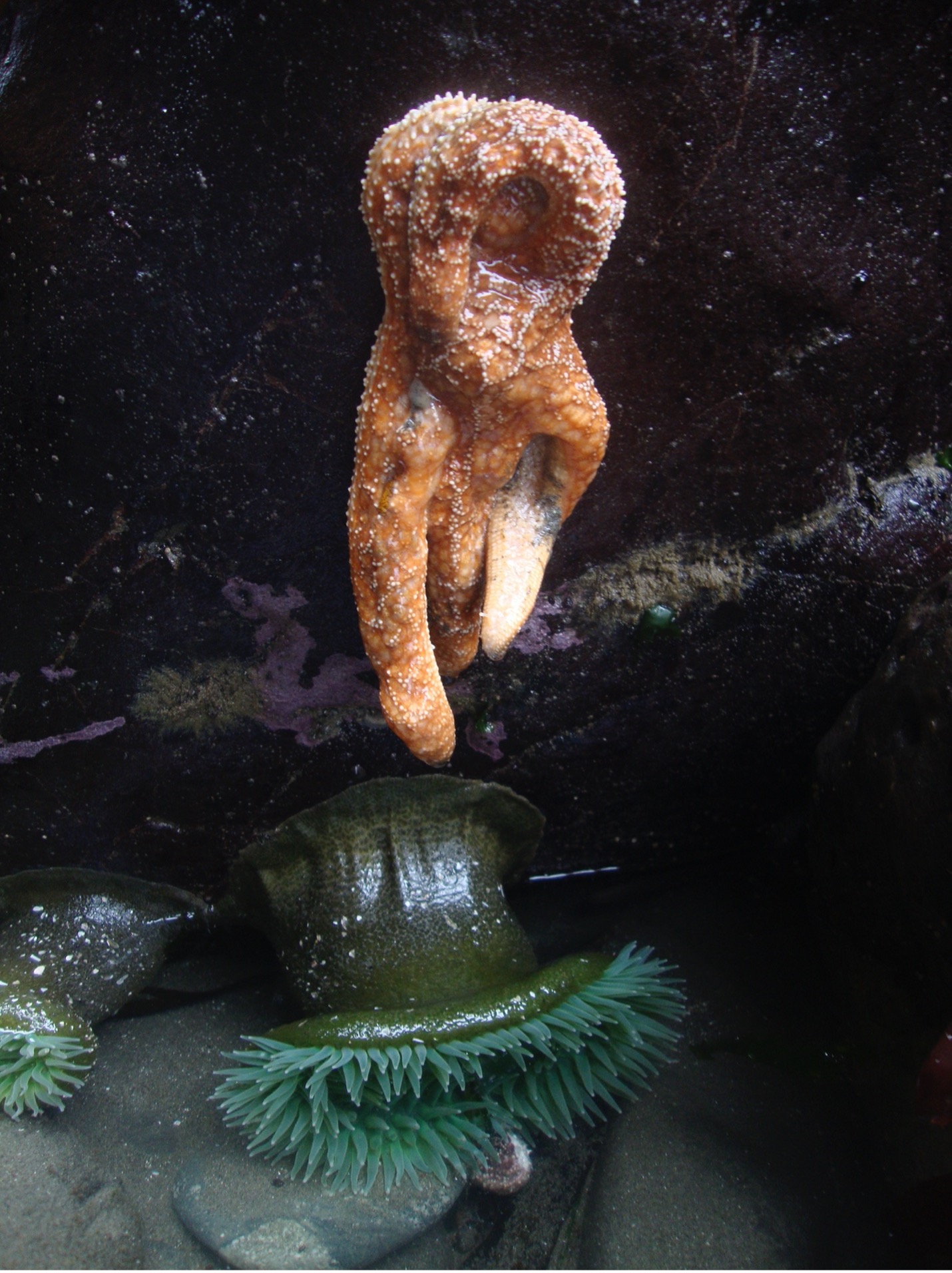 “With rising sea water temperatures resulting in a higher prevalence of marine disease, we are likely to see similar scenarios of mass mortality outbreaks impacting marine species more frequently and having little time to address management or conservation plans,” the team warns.

Analyzing genomes could help rapidly indicate if a species has the genetic makeup to withstand the disease and assess their potential for selective breeding, the researchers say.

Selectively raising disease-resistant animals is a promising strategy already being investigated for oysters that are being decimated by disease outbreaks in the wild. This, however, may not be a viable strategy for many marine species though.

In a stark reminder that everything is connected, the huge loss of some sea star species has already had a domino effect on their environment. The sunflower star (Pycnopodia helianthoides) preys on sea urchins, keeping the numbers of these grazers in check.

With sea stars having virtually disappeared in some areas, the numbers of sea urchins have boomed, reducing kelp forests by 80 percent in some regions. These underwater seaweed forests are not only incredibly vital to many other species, but they also play a huge role in capturing carbon.

Right now, the only thing that’s clear is putting the brakes on climate change is what’s really needed here in the long term.

Sadly, for some species it may already be too late. But that doesn’t mean conservation scientists will stop trying everything in their power to help us save what we can.

This research was published in Molecular Ecology.