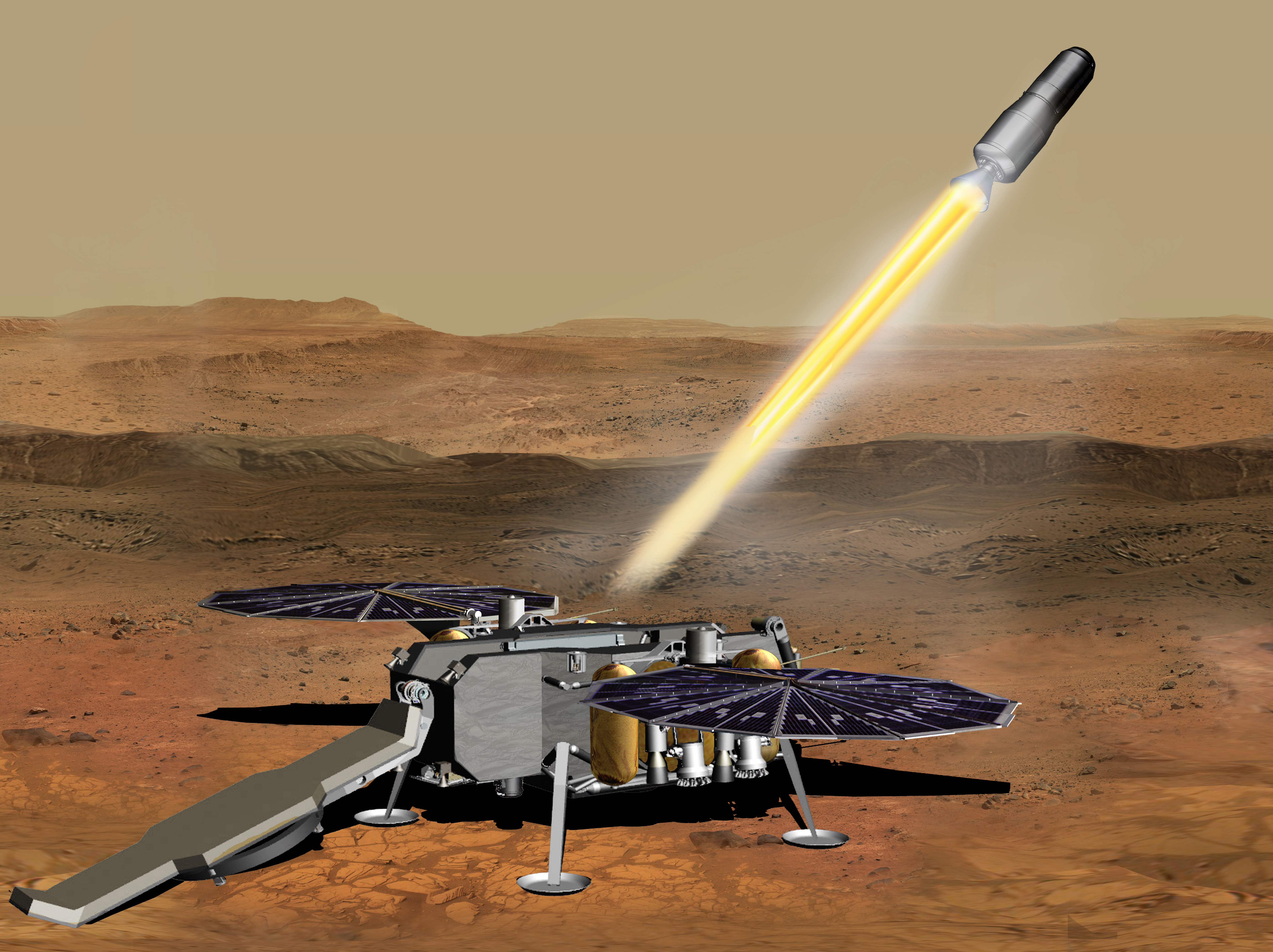 The agency announced on Monday (Feb. 7) that it has selected the aerospace company Lockheed Martin to build the Mars Ascent Vehicle (MAV), a small rocket that will launch pristine Red Planet samples back toward Earth a decade or so from now.

“Committing to the Mars Ascent Vehicle represents an early and concrete step to hammer out the details of this ambitious project not just to land on Mars, but to take off from it,” Thomas Zurbuchen, the associate administrator for science at NASA Headquarters, said in a statement.

“We are nearing the end of the conceptual phase for this Mars Sample Return mission, and the pieces are coming together to bring home the first samples from another planet,” Zurbuchen added. “Once on Earth, they can be studied by state-of-the-art tools too complex to transport into space.”

Related: Bringing pieces of Mars to Earth in 2031: How NASA and Europe will do it

Mars Sample Return is a joint effort of NASA and the European Space Agency (ESA). The project is already well underway, thanks to NASA’s Perseverance rover, which landed on the Red Planet in February 2021.The six-wheeled robot has collected a handful of samples thus far and will eventually snag several dozen more, if all goes according to plan.

The next big steps are scheduled to come in the mid-2020s, with the launch of two additional missions — the NASA-led Sample Retrieval Lander (SRL) and ESA’s Earth Return Orbiter (ERO).

SRL will deliver an ESA “fetch rover” and the MAV to the Martian surface. The fetch rover will carry the collected samples from Perseverance — or the spot(s) where Perseverance has cached them — to the MAV, which will then launch them into orbit around the Red Planet. A container holding the samples will then meet up with the ERO, which will haul it home to Earth, perhaps as early as 2031.

Once the samples are down on the ground, scientists in well-equipped labs around the world will study them for signs of ancient Mars life, clues about the planet’s evolutionary history and other topics of interest, NASA officials have said.

“This groundbreaking endeavor is destined to inspire the world when the first robotic round-trip mission retrieves a sample from another planet — a significant step that will ultimately help send the first astronauts to Mars,” NASA Administrator Bill Nelson said in the same statement.

“America’s investment in our Mars Sample Return program will fulfill a top-priority planetary science goal and demonstrate our commitment to global partnerships, ensuring NASA remains a leader in exploration and discovery,” Nelson added.

The newly announced MAV contract has a potential value of $194 million, NASA officials said in today’s statement. The contracted work will begin on Feb. 25 and run for six years. During this time, Lockheed Martin will build multiple MAV test units as well as the flight unit.