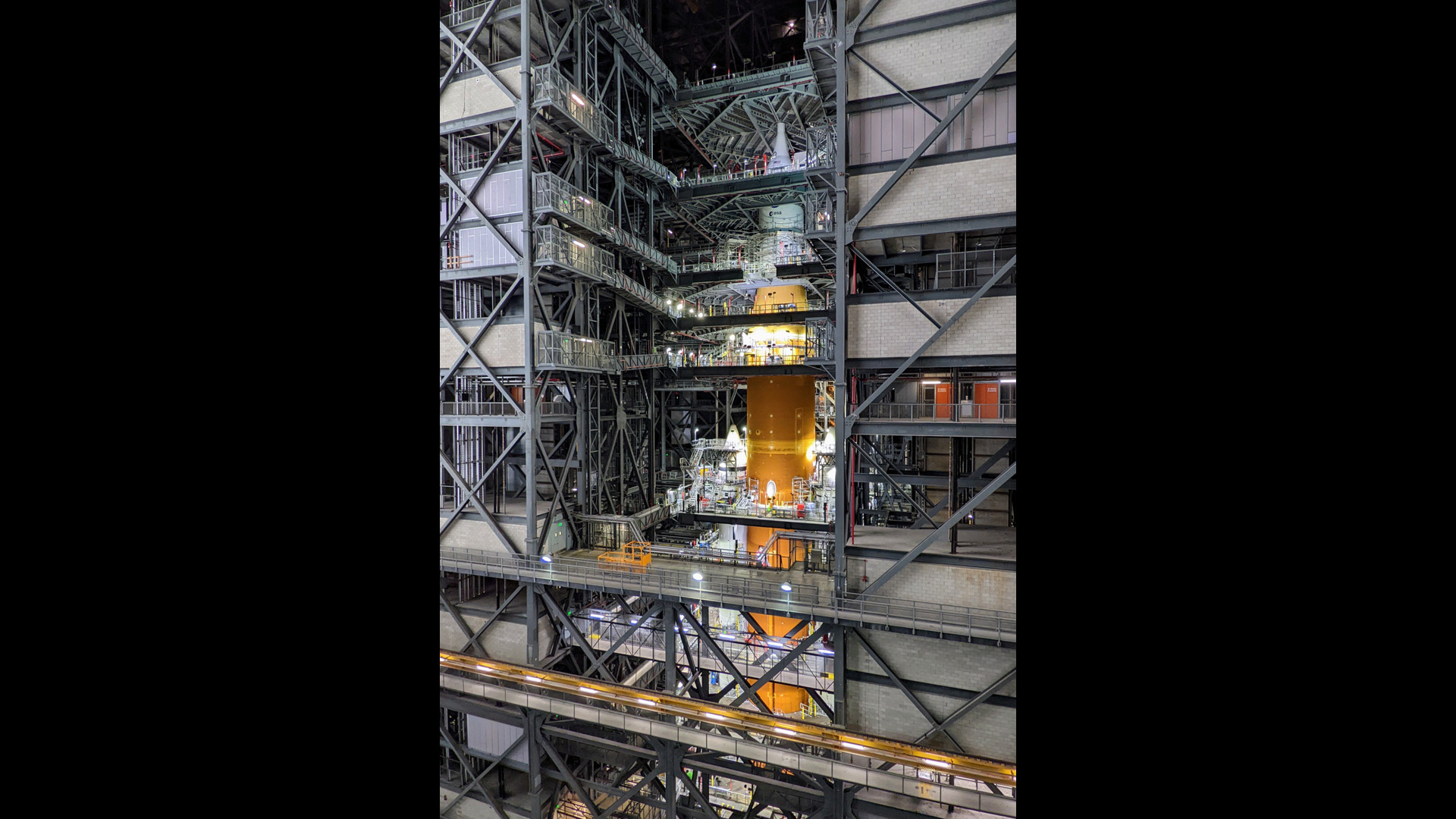 All core stage rocket engines on NASA’s moon rocket performed as expected in a recent series of tests that followed a replacement of a faulty control mechanism in one of those engines, the agency said.

A faulty controller on the RS-25 engine number 4 forced the space agency to delay its upcoming uncrewed moon mission, Artemis I, which will mark the beginning of humanity’s return to the moon.

The RS-25 engines, manufactured by Aerojet Rocketdyne, are a legacy technology from the space shuttle era. There are four RS-25 engines powering the core stage of the Space Launch System (SLS) moon rocket.

During the latest power up of the Artemis I SLS core stage, performed by NASA in cooperation with the engine-maker earlier this month, all four engine controllers performed as expected.

These engine controllers communicate with the rest of the rocket, providing precision control and internal health diagnostics.

The fault in the engine four controller was caused by a faulty memory chip, which is used during the controller start-up sequence and has no impact on controller operations beyond that point, NASA said in a statement.

Engineers found no indication of faulty memory chips on the other three engines, and therefore no related constraints to the wet dress rehearsal test that needs to be performed ahead of the launch, NASA added.

The fault, however, forced NASA to postpone the Artemis I launch to no earlier than April.

The rocket is expected to be rolled out to Launch Pad 39B in March for the wet dress rehearsal test, during which the teams will fuel the rocket and run through the pre-launch sequence all the way to the countdown.